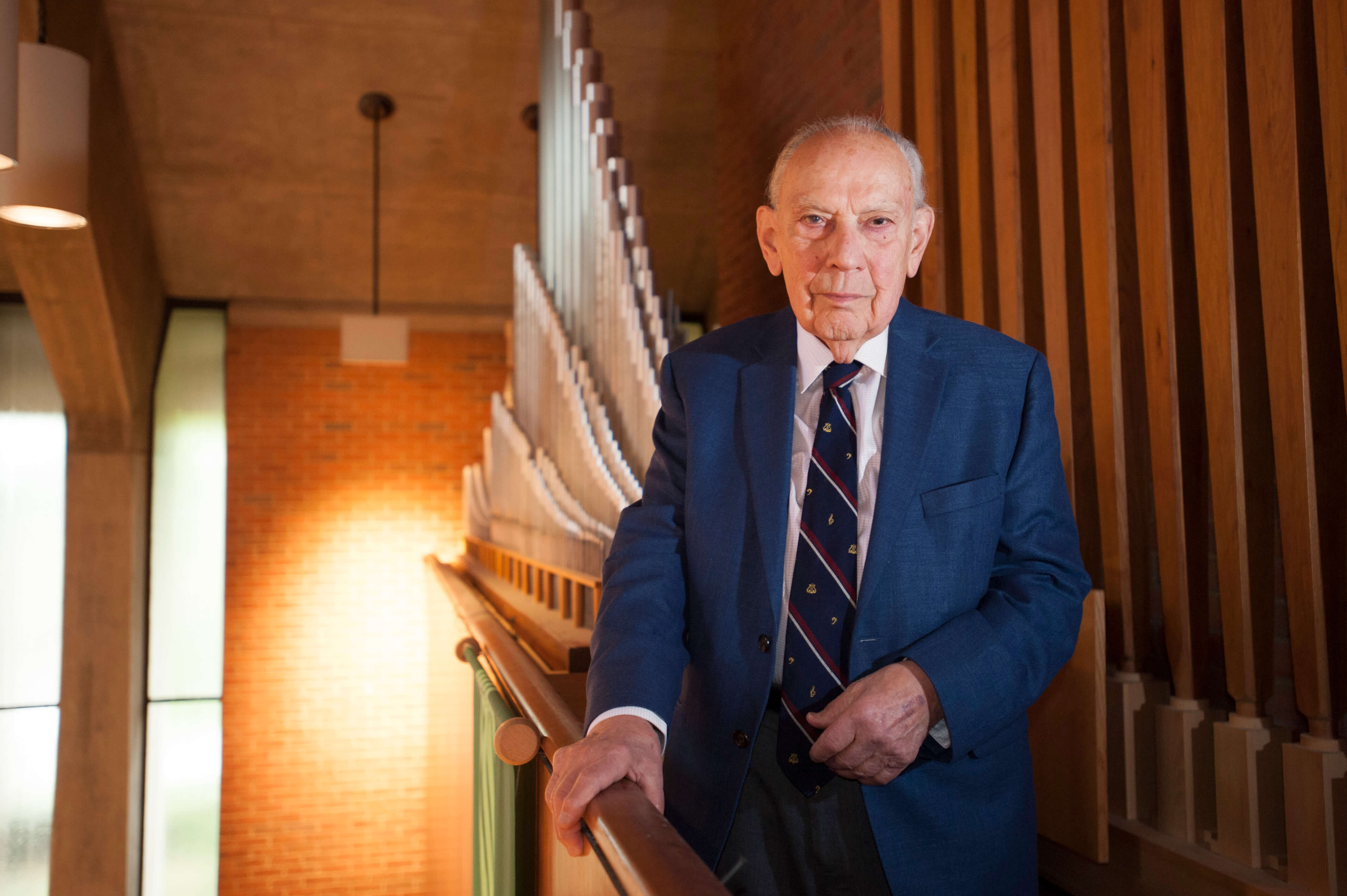 The acoustically reverberant St. Michael’s College chapel will feature the two-manual, 16-stop Casavant pipe organ in concert on Tuesday, May 22, at 7:30 p.m., when Dr. William Tortolano, professor emeritus of fine arts and college organist emeritus, will perform an eclectic program.

Tortolano was the founder of the St. Michael’s Fine Arts Department and taught at the college for 50 years. The tonal qualities of the 1966 instrument in the campus Chapel of St. Michael the Archangel will be evident from a program that includes selections from the Magnificat by Pachelbel; music on Hebraic Themes by Fromm and Kosakoff; Gregorian and Near Eastern sounds in Hakim’s Mariales; and compositions by Alain. The Gregorian Chant Singers, all former college students of Tortolano, will sing vocal settings of two American folk tunes, followed by jazz-inspired settings by George Shearing.