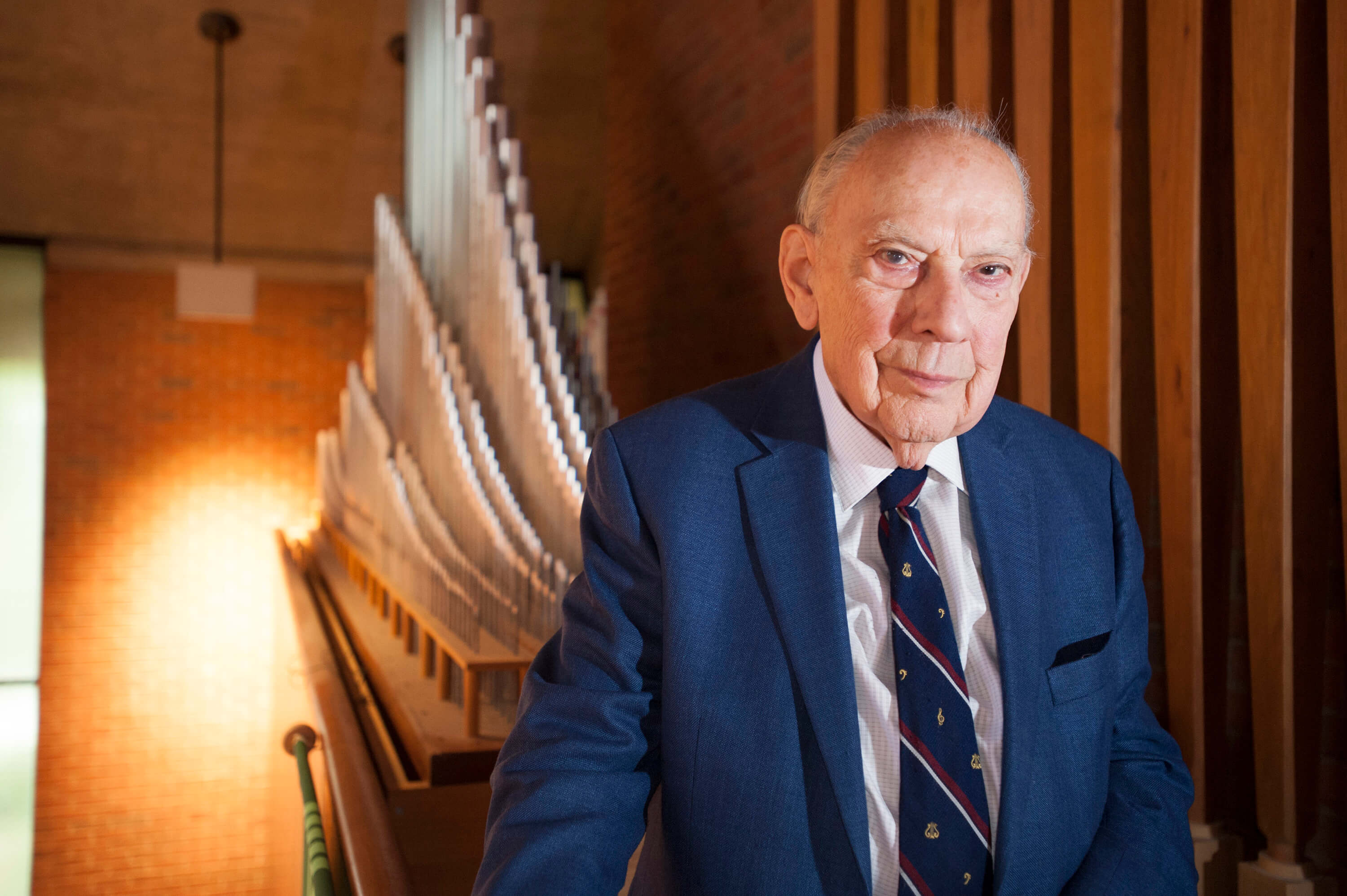 A 7:30 p.m. organ concert by William Tortolano on May 2 in the St. Michael’s College Chapel is essentially a celebration of two enduring College legacies: the Chapel’s 51-year old organ, which Tortolano designed in 1966, and the 89-year old Tortolano himself.

Organist emeritus at the college, Tortolano was professor of Fine Arts for 50 years and founder and first chair of the department. This will be the 51st recital on the chapel organ, which is dedicated to him.

For the concert, excerpts from the Parish Mass by Couperin will alternate with Gregorian Chant; Jewish inspired music by Kosakoff will be introduced with Hebrew Prayers; and music written for the Sir Lawrence Olivier Richard III film by Walton will be introduced from readings in the play. The program also includes music by Froberger, Alain, and jazz-inspired harmony of American Folk songs by George Shearing.

The organ of two manuals and pedals, with 14 stops and 17 ranks, was built by Casavant Frères of Canada in 1966 and enlarged by A. David Moore Organs of Vermont in 1996. The diverse program will utilize the many colors and sounds in the acoustically superb Chapel of Saint Michael the Archangel.

Tortolano’s career includes Fellowships at four Cambridge University Colleges, Yale University and Conducting Fellowships at the Berkshire Music Center (Tanglewood). Pope Benedict conferred on him the Papal Honor Pro Ecclesia et Pontifice. He also is the longtime director of a Gregorian Chant Schola that is hosted at St. Michael’s College.

The concert is free and open to the public.