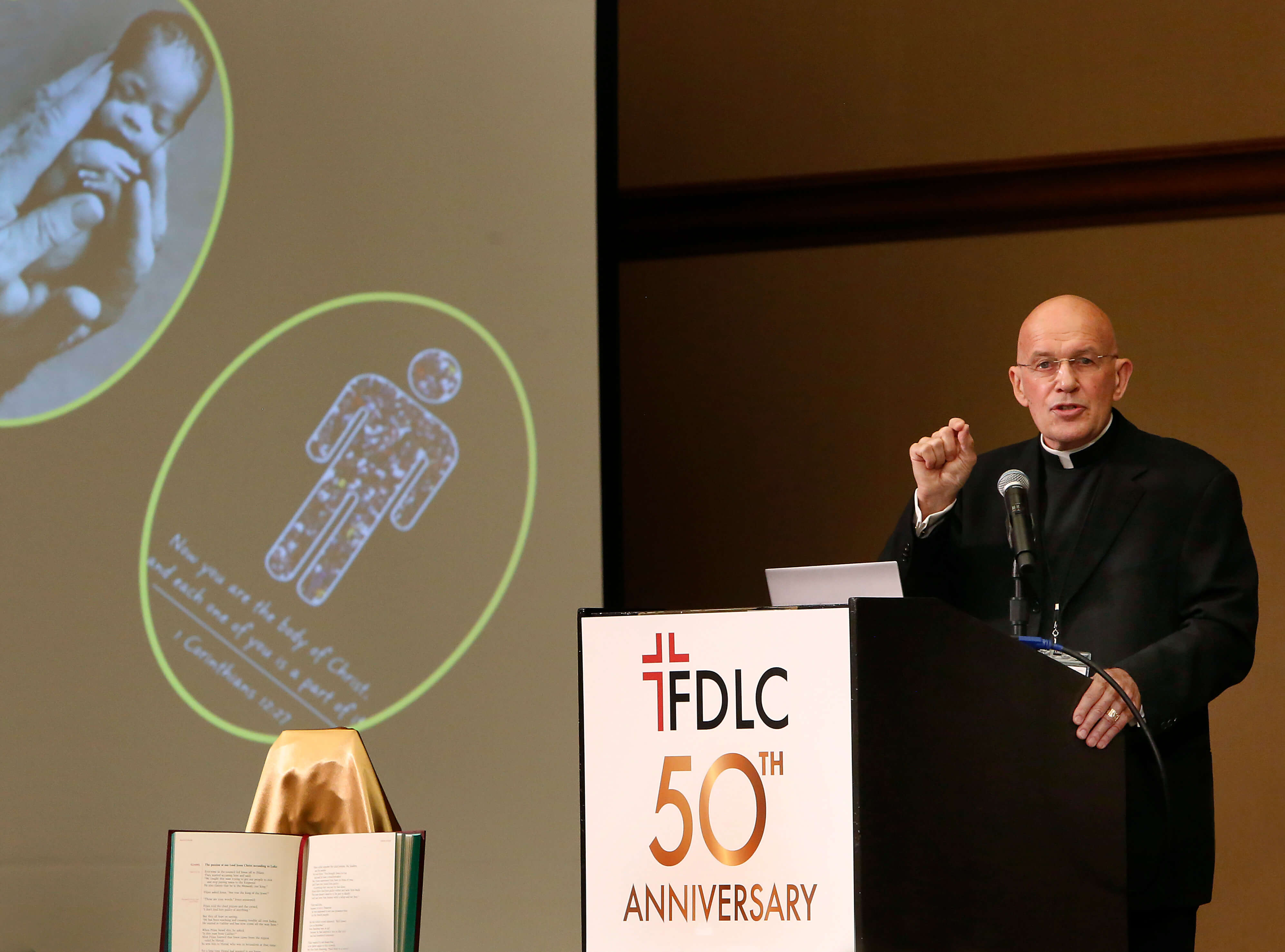 At 50, FDLC remains focused on liturgical formation for ‘people of God’

When the Second Vatican Council decreed that the liturgy be celebrated in people’s native languages in its Constitution on the Sacred Liturgy, the U.S. Conference of Catholic Bishops knew it would need some help training clergy and laypeople in the new texts that would be developed.

So in 1969, it formally established the Federation of Diocesan Liturgical Commissions as an advisory group during the process. That group, which continues to advise the USCCB on matters of liturgy, celebrated its 50th anniversary Oct. 9-11 with a gathering in Chicago.

“We were founded by the bishops themselves 50 years ago in order to touch base with the grassroots to find out what the people really needed and we went right into formation in all of the liturgical texts that were coming out after the Vatican II,” said Rita Thiron, FDLC’s executive director. “That’s still our mission today. We provide liturgical formation for parishes and especially for dioceses.”

The federation regularly offers trainings around the country, frequently in partnership with local diocesan liturgy offices, for priests, deacons and lay ministers involved in leading the Mass, and other liturgical rites such as the Rite of Christian Initiation for Adults. The goal is to help these leaders better understand new forms of the rites when they are promulgated and help enrich the experiences of the people of God. FDLC also publishes books and other resources to aid this formation.

“The FDLC is still as relevant today as it was 50 years ago because we still need liturgical formation. We still need to promote competency in liturgical ministry. We still need to serve our bishops who are the chief liturgists of their dioceses,” Thiron said. “And it’s still important to hear the voices of the grassroots, to hear what the people need from the ground up.”

Helping members of the church — clergy and laypeople — better understand and celebrate the liturgy will always be necessary because liturgy is central to the faith.

“That’s what we do as church. That’s who we are,” Thiron said. “How we gather on Sunday morning is impacted by how much we know about what we’re doing when we’re gathering on Sunday morning. Liturgy can be transformative if we’re engaged in the liturgy.”

Father Leon Strieder, president of the liturgical commission of the Diocese of Austin, Texas, and professor of liturgy and sacraments at St. Thomas University in Houston, attended the FDLC’s first meeting in Pittsburgh and has been involved ever since.

There was much that needed to be shared with the parishes.

“I can remember this as an eighth grader in 1964 when the Mass in English facing the people was possible. The poor priest came out the first Sunday of Advent said, ‘Well, I bought you all missalettes. Turn to page one,'” he said. “And that’s how we kind of started. It was the old rite, but we did everything in English.”

Like Thiron, Father Strieder said there will always be a need for formation in the liturgy.

“The liturgy is, first of all, the prayer of the church. It is the people of God, the mystical body of Christ. Every local liturgy is that local people doing what the Lord asked us to do. It’s also their offering,” the priest said. “It’s not something done for them. It’s something that we do together and the priest celebrates in the name of Christ but also in the name of the church.”

Father Strieder added that he would like Catholics to remember that when they pray the liturgies, they are praying not just for themselves but also with and for the whole people of God.

“We have to recapture that. There’s that temptation to go back to the priest does his thing and the people do their thing. We’ve maybe fallen back to it,” he said, adding that there are still positive signs in the church.

“I am very hopeful because of the goodness of the people of God, even those who just come (to Mass),” Father Strieder said. “They come because they want to be there. One of the miracles is that they still come.”