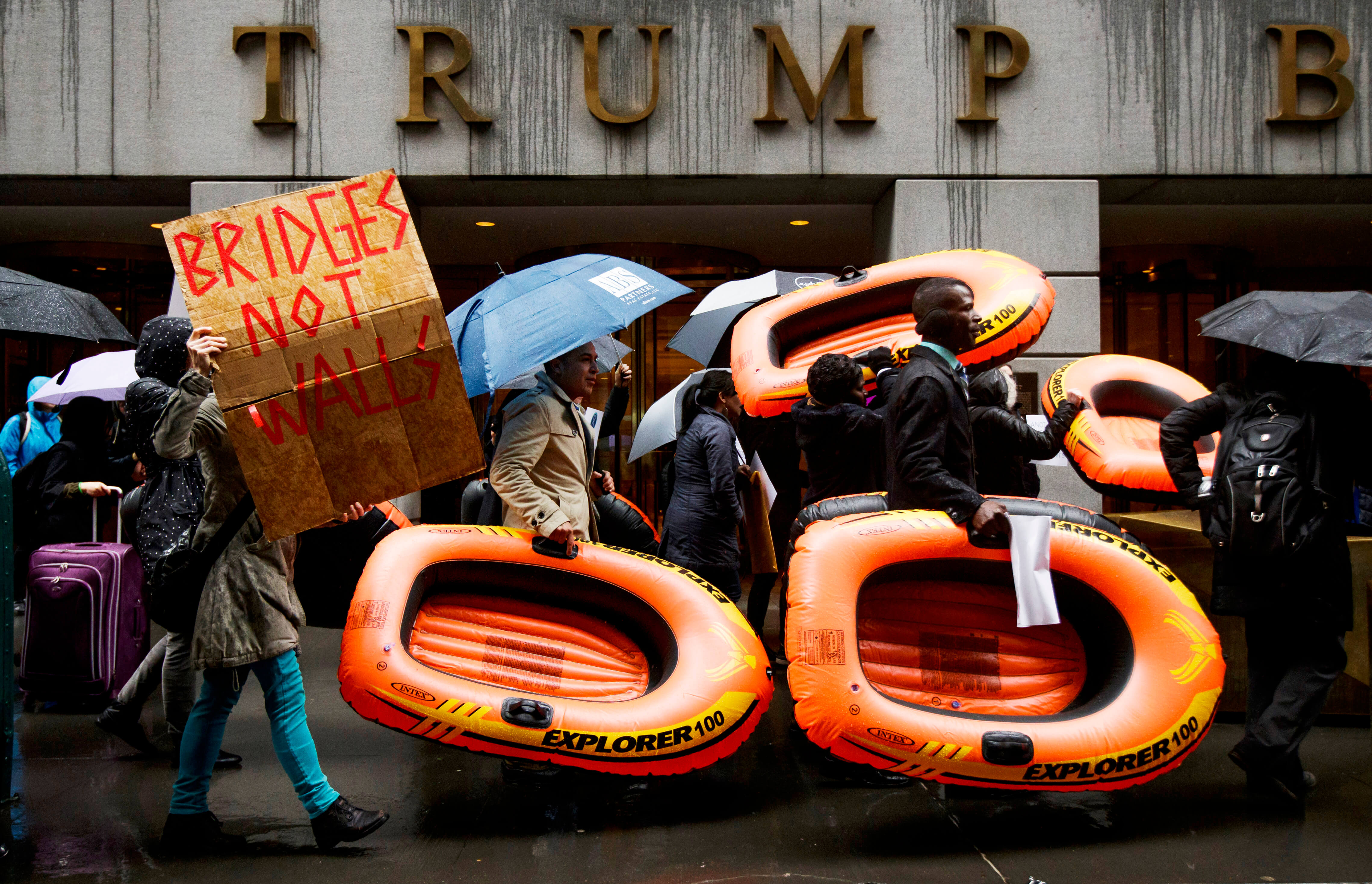 Sessions’ decision “elicits deep concern because it potentially strips asylum from many women who lack adequate protection,” it said. “These vulnerable women will now face return to extreme dangers of domestic violence in their home country.”

The statement from the bishops came on the first day of their June 13-14 spring assembly in Fort Lauderdale.

Just after opening prayers, Cardinal Daniel N. DiNardo of Galveston-Houston, president of the U.S. Conference of Catholic Bishops, read the statement from the dais, and the bishops voiced their support.

Announced by Sessions at a June 11 news conference, the decision “negates decades of precedents that have provided protection to women fleeting domestic violence,” it said. “Unless overturned, the decision will erode the capacity of asylum to save lives, particularly in cases that involve asylum seekers who are persecuted by private actors.”

The attorney general reversed an immigration court’s decision granting asylum to a Salvadoran woman who said she had been abused by her husband. He said U.S. asylum laws cannot be used to remedy “all misfortune,” including violence someone suffers in another country or other reasons related to an individual’s “social, economic, family or other personal circumstances.”

In his remarks, Cardinal DiNardo also said he joined Bishop Joe S. Vasquez of Austin, Texas, chairman of the USCCB’s Committee on Migration, “in condemning the continued use of family separation at the U.S./Mexican border as an implementation of the administration’s zero tolerance policy.”

“Our government has the discretion in our laws to ensure that young children are not separated from their parents and exposed to irreparable harm and trauma,” the cardinal said. “Families are the foundational element of our society and they must be able to stay together.

“While protecting our borders is important, we can and must do better as a government, and as a society, to find other ways to ensure that safety. Separating babies from their mothers is not the answer and is immoral.”

Cardinal Joseph W. Tobin of Newark, New Jersey, said the new policy “is consistent with cardiosclerosis” or a hardening of the American heart. He called for a widespread discussion among bishops on how to more vocally respond to the practice.

He asked the bishops to consider sending a delegation to inspect the detention facilities holding children “as a sign of our pastoral response and protest against what is being done to children.”

Other bishops called for stronger outreach to members of Congress as it struggles to address comprehensive immigration reform and extending the Deferred Action for Childhood Arrivals program covering 800,000 young adults who were brought to the U.S. as children.

“They need to hear from us,” Bishop Nicholas DiMarzio of Brooklyn told the assembly. “There is an element of restrictionism, somewhat based on racism. It’s hard for people to decide what they think about it. But in fact that is what we are seeing. This is a crisis situation.”

Several bishops said it was imperative to do a better job of sharing church teaching on migration and welcoming the stranger, as Christ taught.

Bishop Jaime Soto of Sacramento, California, expressed concern about a “very deliberate effort being made on the part of the administration, particularly the Department of Justice to put in regulations that actually defy the implementation of immigration law.”

He urged the entire body of bishops to become more active in pushing Congress and the courts to understand long-standing American values and practices regarding the welcoming of immigrants.

“It just seems nefarious how the immigration system is being undone by more and more restrictive regulations that are being put in place,” he said.

One bishop asked about the possibility of “canonical penalties” being enforced on Catholics who cooperate with unjust immigration policies. Bishop Edwin J. Weisenburger of Tucson, Arizona, said such penalties are put in place to heal and “therefore, for the salvation of these people’s souls, maybe it’s time for us to look” at such action.

Beyond that, added Bishop John E. Stowe of Lexington, Kentucky, should be steps to offer broader pastoral care for immigration enforcement officials, some of whom he has heard from questioning the need to carry out “these unjust policies.”

During the morning session, the U.S. bishops also heard a report from Archbishop Christophe Pierre, the Vatican nuncio to the United States.

He talked about the need of church leaders to not just hear young people but to really listen to them, emphasizing that this is what Pope Francis often talks about it.

The nuncio talked about the encuentro process currently underway in the U.S., using it as a strong example of the church listening to the faithful

Regional encuentros are taking place all over the country. There delegates outline priorities that will shape Hispanic ministry for years to come. The regionals lead to the National Fifth Encuentro, or V Encuentro, to be held in Texas in September. Archbishop Pierre also talked about the church’s upcoming Synod of Bishops on young people.

“Young people need to be a priority of the Church” today, the nuncio said, “not just for the future of the church. … Young people express a desire of an intentional knowing encounter in Christ rather than a faith reduced to … moralism.”

“I believe many young people desire wholistic formation. They want the church to facilitate an encounter with Jesus,” he said. Such an encounter “provokes the question ‘What interests me in life’ and leads to works of justice and mercy and to live life … with great intensity while loving their neighbor.”

“Young people want to engage in reality” but do not want to be on that journey alone, he added. “They are searching for a strong sense of belonging.”

Also on the agenda for their first day were reports from Father David Whitestone, chair of the bishops’ National Advisory Council, which is marking the 50th anniversary of its formation, and from Francesco Cesareo, chairman of the National Review Board, which oversees implementation of the U.S. bishops’ “Charter for the Protection of Children and Young People.”

Other reports covered the V Encuentro and the Synod of Bishops on Young People, the Faith and Vocational Discernment, which will take place at the Vatican in October.

The bishops also heard preliminary presentations on several action items they will be voting on, including:

— Revised guidelines governing Catholic and non-Catholic health care partnerships the audits. The revisions are limited to Part 6 of the “Ethical and Religious Directives for Catholic Health Care Services,” the document that governs moral questions related to the delivery of health care.

— Revisions in language to clarify seven of the 17 articles in the “Charter for the Protection of Children and Young Adults.” The changes offer more specific language in several areas. Article 4 has been revised to protect the seal of the sacrament of reconciliation. Changes in Articles 6 and 12 specifically state that all people who have contact with minors rather than those in positions of trust “will abide by standard of behavior and appropriate boundaries.” In all, seven changes have been proposed for a vote by the bishops.