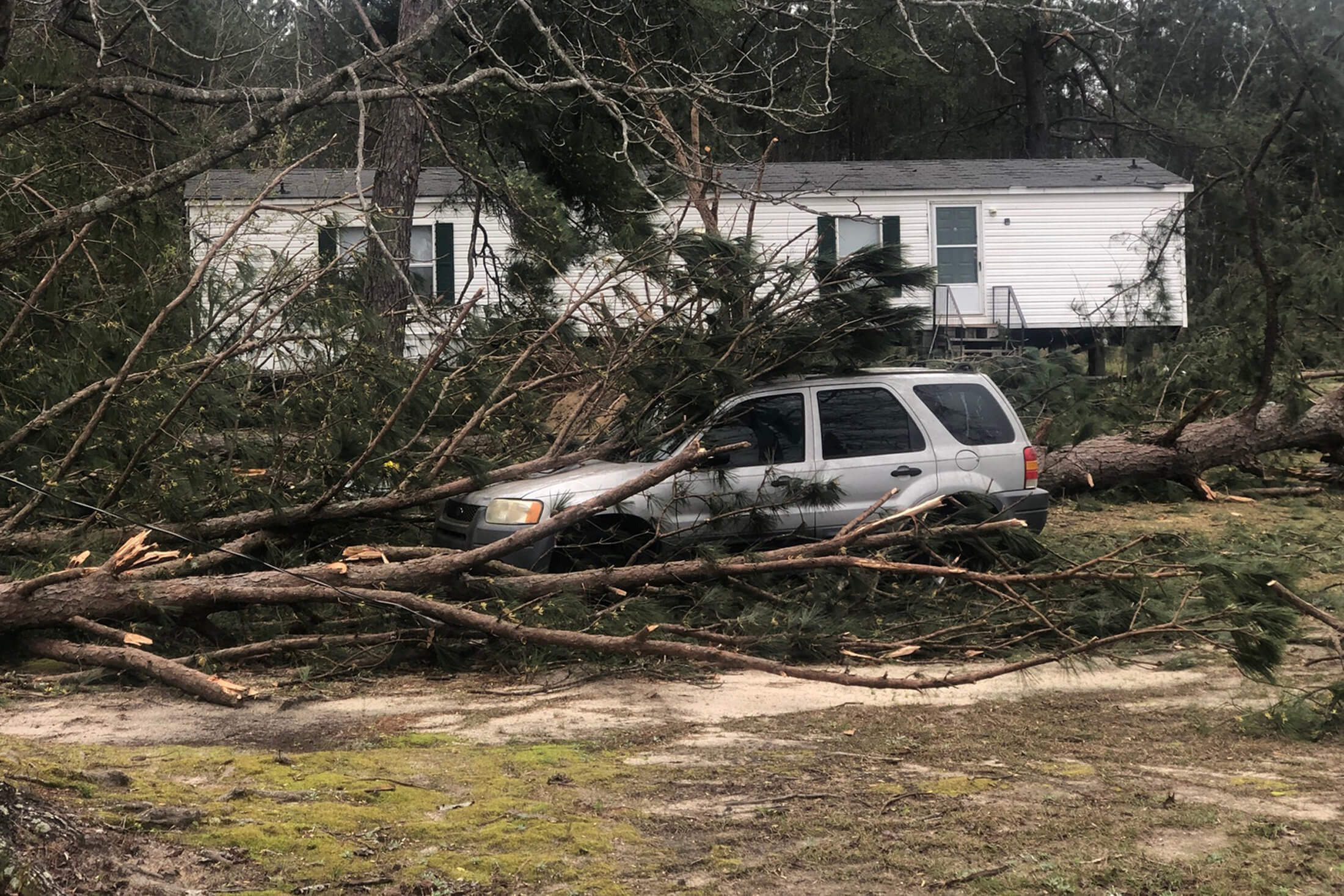 Photo Credit: CNS/Elijah Nouvelage, Reuters - A tree is seen on top of a car March 4 following a tornado near Beauregard, Alabama, the previous day. At least 23 people were confirmed dead in Lee County, Alabama.

Catholic Charities is ‘ready to be a part of’ tornado recovery

With search and rescue efforts underway for the tornado that whipped through Alabama and other parts of the South March 3, Mobile Archbishop Thomas J. Rodi asked for prayers for “those who lost their lives and their loved ones as well as those who have lost homes and businesses.”

“The catastrophic tornadoes which occurred yesterday in the Archdiocese of Mobile have brought loss of life and devastating damage,” said the archbishop in a March 4 statement.

The violent storms caused at least 23 deaths and scattered debris across parts of Alabama, Georgia, Florida and parts of South Carolina, knocking out power for more than 10,000 homes.

In Lee County, Alabama, where the tornado hit ground in the town of Beauregard, the sheriff’s office told reporters March 4 that 50 people were injured and that the number of missing was in the double digits. Sheriff Jay Jones said he expected the number of fatalities to rise.

“It’s extremely upsetting to me to see these people hurting like this and the families who have lost loved ones,” Jones said in a Weather Channel report. “This is a very tight-knit community. These people are tough. They’re resilient people, and it’s knocked them down. But they’ll be back.”

He also described the devastation as shocking, adding: “It looks almost as if someone took a giant knife and just scraped the ground. There are slabs where homes formerly stood, debris everywhere, trees snapped, whole forested areas where trees are snapped and lying on the ground.”