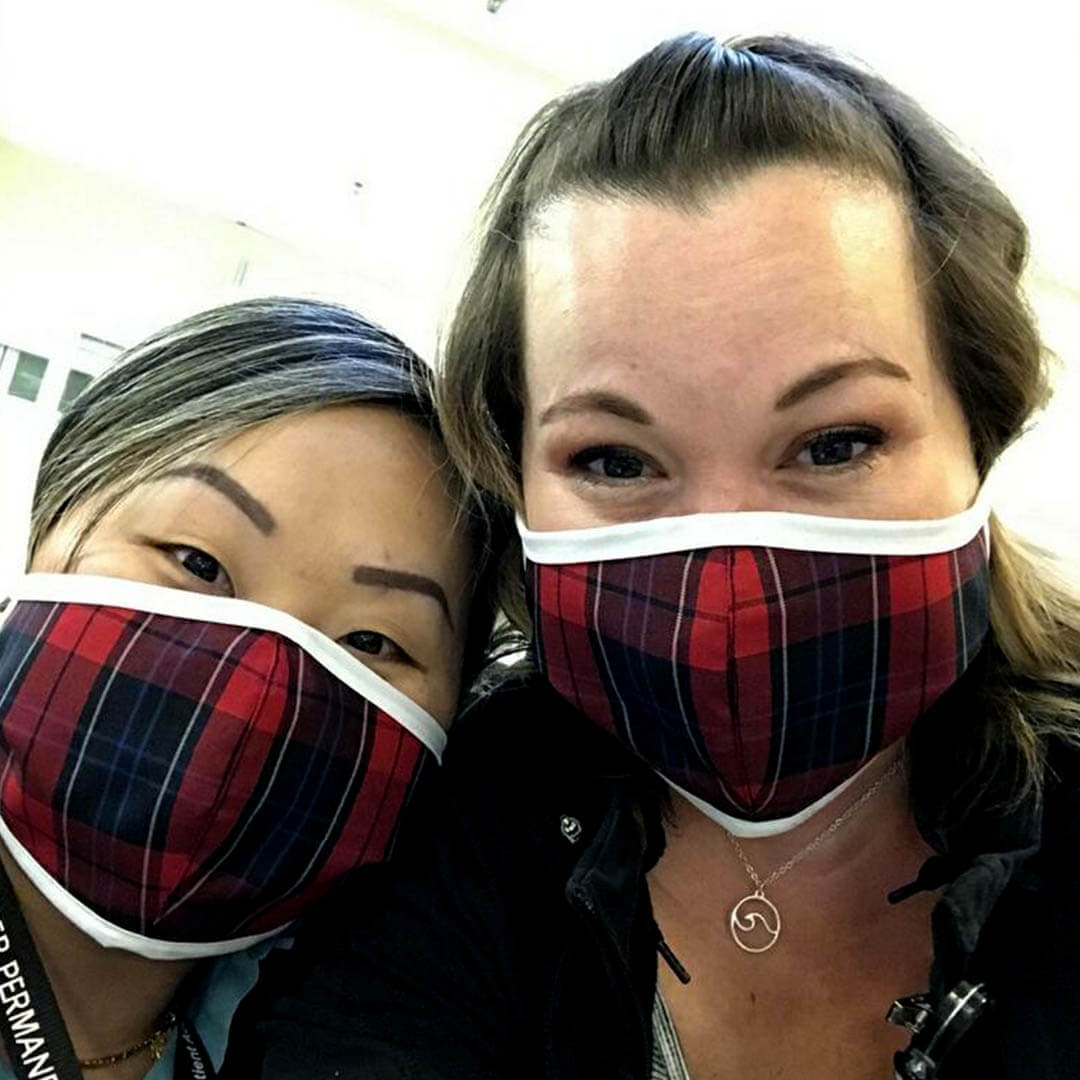 When Tom Shipley, chairman of Dennis Uniform in Portland, Oregon, wondered how to respond to the growing COVID-19 pandemic, the bolts of plaid fabric and sewing machines at the Portland uniform factory that has been in his family for three generations provided an obvious answer.

Amid a growing demand for face masks and the outcry of those in the health care workforce using bandannas or no masks at all, he decided his company could produce masks and donate them to those in the medical profession, using fabric on hand with an interface barrier sewn in.

He can’t remember the exact day he proposed the idea this spring, because for him, like everyone else, the days have blurred into each other. What was clear though is that everyone in the company — union and nonunion employees, executive team and board members — agreed this was the right thing to do.

So, the 100-year-old company, which makes uniforms for 2,500 private schools across the country including hundreds of Catholic schools, put its school uniform production on hold for a few weeks to make just face masks.

“People see the plaid and think that’s cute or funny, but it was all we had. It was out of necessity,” Shipley told Catholic News Service April 17.

To date, they have donated at least 15,000 masks, all with recognizable plaids that are the pattern of many Catholic school jumpers or skirts. Donations have been primarily in the Portland area for starters but requests for more masks has begun.

For now, he said, the masks are not for sale. “We felt strongly that this was not a time for anyone to be opportunist or profit from someone else’s grief or tragedy,” he said, adding that in the future, he was not sure if the masks would end up as part of the school uniform.

One aspect of this work that has been particularly gratifying is how it connects their usual clientele of schoolchildren to an effort to help in this pandemic. “There are thousands of children we serve and a lot of them are confused and wondering ‘what can I do to make a difference, how can I help?'”

“This is their fabric, their uniform, turned into something that could save someone’s life,” he said.

Right now, he added, it is a balance for the company to respond to future uniform needs when schools reopen and to also be “present in this moment and try to do things that are right.”

The company has kept its employees at its Portland factory but has temporarily closed its retail shops across the country. Many uniforms are made on-site, others are made in other locations.

Like many businesses nationwide, the school uniform company is trying to navigate what the months ahead will be like. Shipley doesn’t know if sales will decrease because people will be buying less or if private school enrollments will go down and impact sales.

What he does know is that his company has had a tradition of adapting to the times and helping out when there have been needs such as during World War II when Dennis Uniform made Red Cross uniforms and supplied towels and linens to military personnel shipping out of the Portland.

His father, the second generation in the family business, is now 92 and wearing one of the Dennis Uniform masks.

Shipley said his entire career has been in school uniforms and 60 percent to 65 percent of the company’s business is with Catholic schools. Although he is not Catholic, he is often asked if he is and said he is proud of the diverse group the business serves.

What the company is doing now, he said, gives everyone associated with it a lot of pride “knowing we are doing something no one else is doing permeates throughout every person involved with this program.”