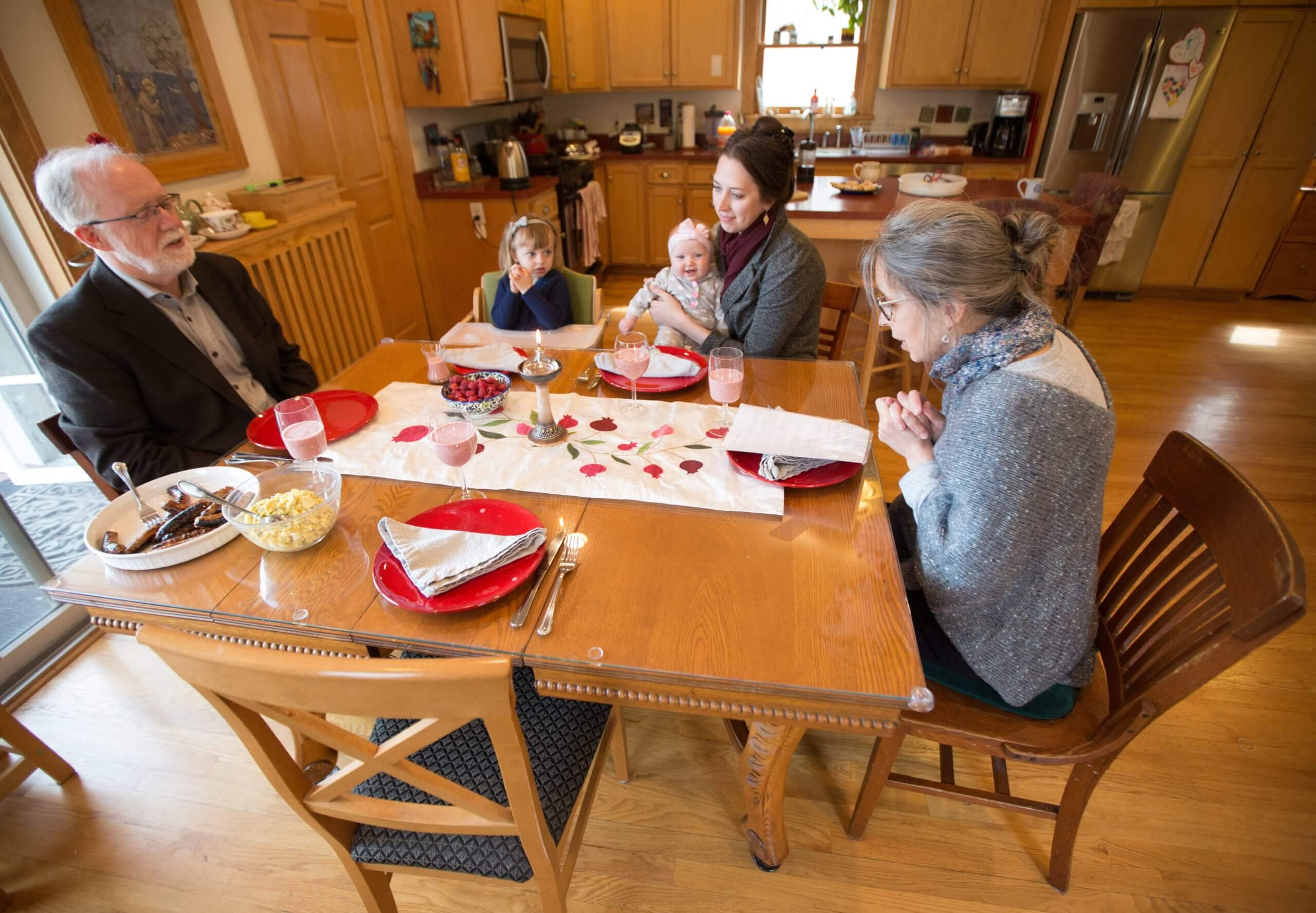 Getting Sunday right: Family rediscovers the power of the Sabbath

Scripture makes clear that the Sabbath is a day of rest. But for most Americans, including many Catholics, it ends up being a day of restlessness.

A nice brunch might be prioritized, trips to the office might be foregone and Mass might even be included. But rather than fulfillment, joy and refreshment, the Sunday experience of many today is marked by anxiousness, malaise and even a degree of depression.

Such discontent in the Lord’s day is evident in terms such as “the Sunday scaries” and “the Sunday blues.” Research in 2017 from job site Monster.com found that 76 percent of Americans (compared to only 47 percent of respondents from other nations) reported having “really bad” Sunday-night anxiety.

Michael Naughton, director of the Center for Catholic Studies at the University of St. Thomas in Minnesota can confirm that the numbers play out on the ground. He said that of all the subjects on which is he asked to present, none resonates as much the topic of getting Sunday right.

It’s a position with which Naughton and his wife, Teresa, are all too familiar. The members of Holy Spirit Parish in St. Paul and parents of five said there was a time when their Sundays were “different” from the other days of the week, but they were not necessarily “special.”

Sundays were approached as a kind of “mop-up day,” a day to get to housework and side projects that were left over from the workweek, with, in the words of Teresa, “Mass and some worship wedged in between.” The Lord’s day might not have been a typical workday, but it was still defined by the same mentality and it failed to provide much in the way of true rest and refreshment.

Perhaps things would have continued the same way, if not for what happened in 1999. While speaking at an academic conference in San Francisco, Michael suffered an anxiety attack that significantly impaired his presentation. It left him searching for answers.

He said his experience underscored that there was not enough time in his life devoted simply to “being” rather than constantly “becoming.” His focus on achieving had eclipsed his capacity to receive, leading him to see himself primarily through his accomplishments and work activities. It left him unfulfilled and overextended.

Already reconsidering their Sunday practices in the lead-up to the Catholic Church’s Jubilee Year in 2000, the Naughtons committed to not working on the Sabbath. No chores or housework. No waking up early in the morning to write another academic article. No homework for the kids. The effects were immediately noticeable.

“It was like Christmas morning,” Michael said of that first work-free Sunday. It was a day simply to “receive.”

His ongoing exploration of the church’s teaching on the Sabbath led to a commitment to putting such wisdom into practice.

Central to this recovery has been the family’s engagement with St. John Paul II’s 1998 apostolic letter on the subject, “Dies Domini” (“The Lord’s Day”). St. John Paul articulated a theology of Sunday, characterizing each Sabbath as another Easter, and encouraged Catholics to “not be afraid to give your time to Christ!”

He also contrasted how keeping Sunday a day marked by the joyful remembrance of God’s creation and saving work, with the modern custom of the “weekend,” which all too often simply means “vegging out,” or else resting primarily for being better able to work come Monday.

While rest is important, the problem with the “weekend” approach is that it can “instrumentalize” Sunday, locking people “within a horizon so limited that they can no longer see ‘the heavens,'” the pope wrote. Such a utilitarian approach can cut people from the true grace of Sunday, which is meant to reground people within the reality of God’s love, freeing them both from delusions of grandeur and the false pressure to justify existence through activity.

“So Sunday is about rest, but it’s a resting in the Lord, not just resting from activity,” Michael explained.

“It requires a shift in mindset,” Teresa added. “It’s a reorientation to who I am, what I am created for, and who I am in God’s plan.”

The Naughtons’ study of the Catholic Church’s teaching surrounding Sunday has inspired each in their respective academic pursuits. Teresa’s final paper for her master’s degree in Catholic studies, titled “The Restoration of Time for the Lord,” includes a focus on the Sabbath as a “sanctuary of time.” She observed that just as temples are consecrated spaces for God, Sunday is a time dedicated to worshipping and dialoguing with God, a wellspring that can then flow into the rest of our days, marking them with an awareness of God’s lordship.

Michael has developed his own thought on Sunday largely in the context of his focus on work. The premise of his 2019 book, “Getting Work Right: Labor and Leisure in a Fragmented World,” is simple: “If we are to get Monday right, we must get Sunday right.”

The Naughton family has done their best to embody these practices in different ways. For example, to cultivate silence, they generally fast from screens and technology on Sundays.

Celebrating is about radically affirming the goodness of the Lord, and the heart of this celebration is the Sunday Mass. Preparation for fruitfully entering into the Mass begins with praying with the Sunday readings earlier in the week. The trip to church itself is also treated as a time of preparation, a time that Teresa likes to think of as a “pilgrimage” that Catholics around the world are making together.

The celebratory character of Sunday also extends beyond the eucharistic liturgy. In preparation for the Lord’s day, the table is set with a runner that matches the liturgical season. At some point Sunday morning, the Naughtons light a special Sabbath candle and say a Lord’s day prayer. Similarly, the family will try to end the day with a prayer of gratitude for the gifts of another Sabbath.

Joy is cultivated in other ways too, such as a Sunday brunch, board games and books, a walk outside, recreation with neighborhood families and simple time together in conversation.

Finally, the Naughtons live out the traditional practice of doing charitable works on Sunday in a variety of ways. Activities could include volunteering at a homeless shelter or calling a family member who’s shut in.

The Naughtons might take Sunday more seriously than most, but they’ll be the first to say that getting Sunday right is an ongoing process, never rigidly set in stone, and open to renewal, intentionality and a bit of flexibility.