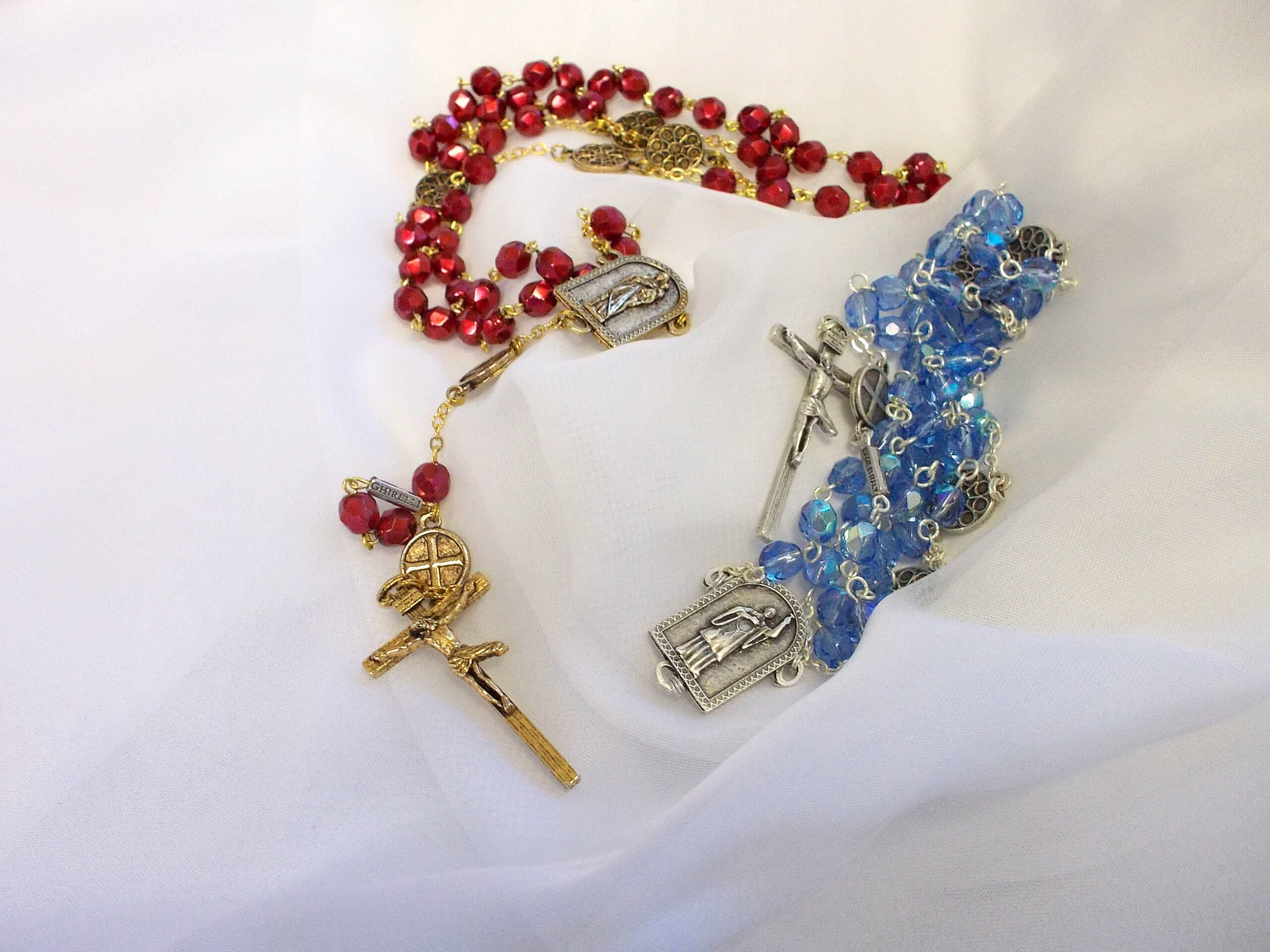 Inviting neighbors to say rosary together leads to community of prayer

It was an invitation Erin Joerger never expected to receive from a neighbor: “We’re going to watch the Super Bowl and pray the rosary before. Come over.”

“I kind of thought they were joking,” she said. “I’ve never been invited to someone’s house to pray a rosary.”

But Jennie and Kevin Punswick, members of Holy Spirit Parish in Overland Park, were completely serious.

Around two years ago, the Punswicks felt moved to ask Erin, her husband, Tom, and their children to pray the rosary with them in their home. The Joergers had recently moved into the neighborhood and were pleasantly surprised by the invitation.

“Being new to the neighborhood, it was nice to have that faith component in common,” Erin told The Leaven, newspaper of the Archdiocese of Kansas City.

Since then, the Punswicks have continued reaching out to their neighbors to invite them to pray the rosary on Sunday evenings — and often to stay after for a drink and conversation.

“At one point this summer, there were 39 people in our living room,” said Jennie.

Because so many families participate, couples on other streets in the neighborhood have begun leading their own rosary groups.

Two factors, explained the Punswicks, have helped make it so successful: intentionality and accessibility.

“The rosary’s not just been about prayer,” said Kevin. “It’s been about intentionality with your neighbors and knowing what’s on their heart.”

“Because of that, we’ve been able to be there for each other in a very meaningful way,” he added.

Drawing inspiration from the Kansas City Archdiocese’s “Enflame Our Hearts” convocation last October, the rosary group is centered on the “prayer, care and share” model. The evening begins with prayer intentions, which help the families deepen their friendships and support one another through difficult times.

“Asking for people’s intentions is a really important piece of the prayer model because it really lets us in on what are the broken pieces in our life — what hurts, and also what should be celebrated,” said Jennie.

Jennie explained that, for example, when a neighbor is having surgery, the Punswicks know to follow up with a phone call, deliver a meal for the family or offer help with child care.

“It’s what prayer looks like lived out in community,” she explained.

“As we’ve prayed for employment and pregnancy and death and illness and celebration of sacraments, we’ve really strengthened our bonds with our rosary team,” she said.

Initially, Tom was hesitant about sharing his prayer intentions and the things going on in his life.

“However, now I am excited to offer up my intentions because I know the power (of) having others praying for me and with me,” he said.

And although Jennie was initially nervous about inviting neighbors into her home in a culture where “hospitality has to be this Pinterest-perfect, curated life,” she soon realized it didn’t have to be a big production.

“Once you’re able to untangle yourself from that expectation, hospitality becomes much easier to live, and it looks more like how Jesus lived it out,” she said.

As parents to two young children and a baby, that simplicity is something the Joergers appreciate.

“The rosary before this to me felt very overwhelming — it was long and very repetitive. My experience with the rosary has grown 100% since praying it with the neighborhood.”

For both Erin and Tom, the consistency and accountability aspects have been particularly helpful.

“Being a part of the rosary has made me want to go deeper in my relationship with God and Mary,” said Tom.

“Sometimes having a prayer life feels like it needs to be personal,” he added. “But having our group rosary has opened my eyes to how important prayer as a community truly is, especially in today’s world.”

The Punswicks’ faith and friendships have also flourished in the years since that initial invitation to the Joergers, and they hope other neighborhoods will feel inspired to start their own rosary groups.

“It’s something we look forward to,” said Kevin. “When (a family) isn’t there, they’re missed. It has grown from a prayer to be said to now a community of believers praying together and sharing their hearts.”

Share This Post
Evangelization and Catechesis, Marriage and Family, rosary
See More
Last Article
Blessing of throats
Next Article
The saints in our lives
Back to Vermont Catholic Magazine