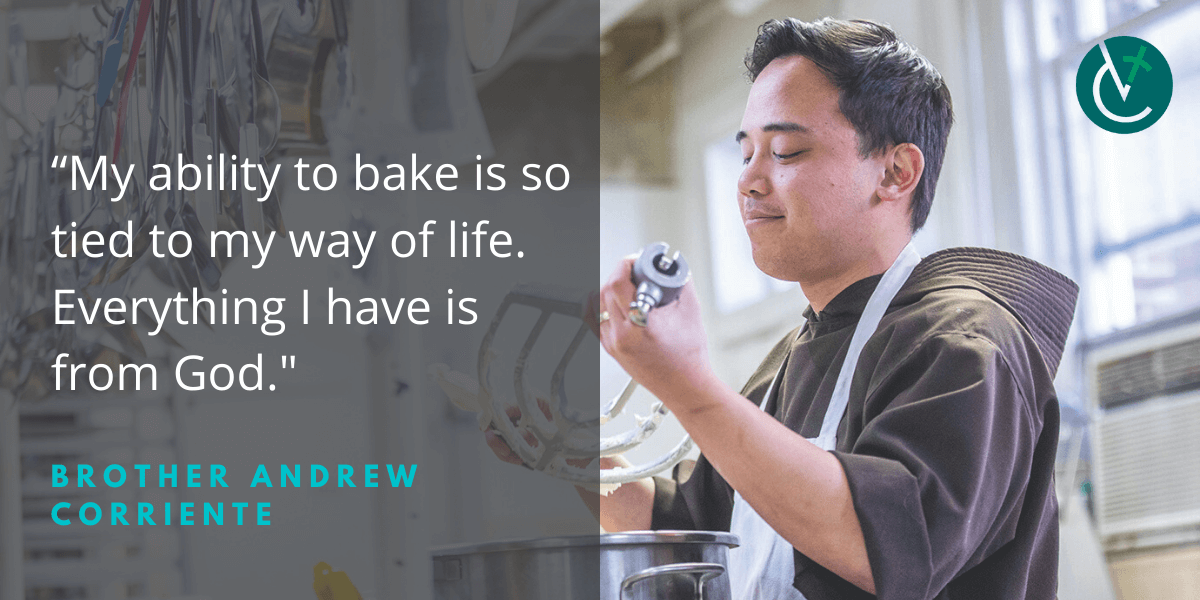 A quick test with a toothpick tells him the cake needs about five more minutes in the oven, more than enough time for him to soften the butter that will eventually become the buttercream icing that will top the confection.

The enticing aromas in the kitchen at Capuchin College in Washington, D.C., signal that Brother Andrew is busy creating another treat for the men who call the friary home.

Brother Andrew knows his way around a kitchen. In fact, he was crowned this year’s baking champion on ABC’s “The Great American Baking Show: Holiday Edition.” The program, which aired during the month of December and concluded Jan. 2, is an adaptation of the wildly popular “Great British Bake Off.”

Brother Andrew said he wanted to participate in the program “because I love to bake, and I wanted to learn from the others” who were part of the production. “They were very good, incredible cooks,” the brother said of his competition. Several of them have since become good friends of his.

“The Great American Baking Show: Holiday Edition,” now in its fifth season, features 10 amateur bakers who compete in a series of challenges in which they must produce outstanding baked goods. Contestants are eliminated one by one until a champion is selected.

Brother Andrew emerged as the victor after he and the other two finalists were charged with making three individual party desserts of their choice. He earned the crown with chocolate cookies with lime cream and blackberry jam, sponge cakes with fresh cream and fruits and a puff pastry.

“Brother Andrew wanted to be on the show as a witness. He went to evangelize and put before the world the Gospel and our order,” Father Dressler said.

Brother Andrew is a third-year seminarian; he studied filmmaking in college.

In addition to his baking, Brother Andrew uses his culinary skills to help the less fortunate and the working poor.