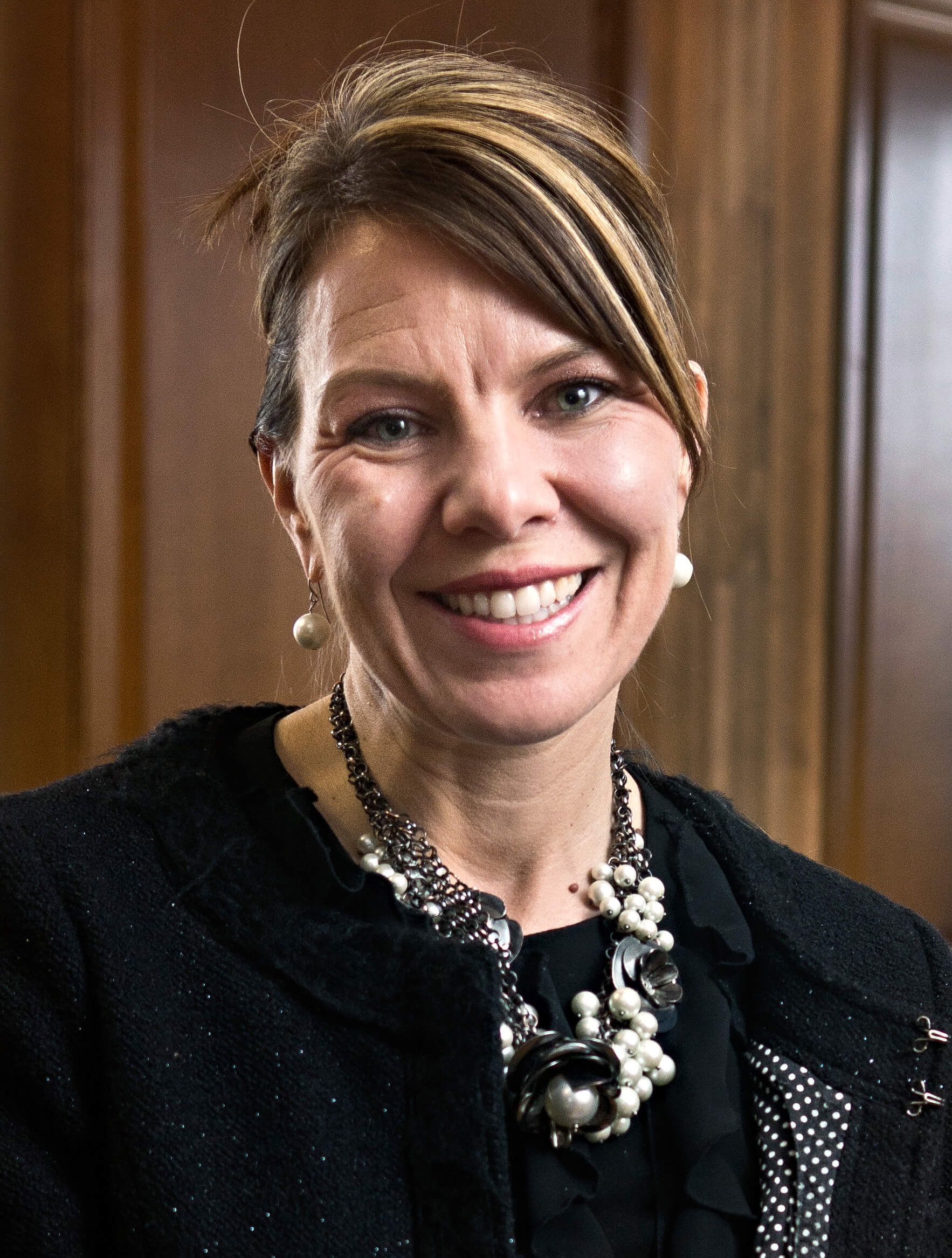 Photo Credit: CNS photo/Marla Brose, Albuquerque Journal - Jennifer Riordan is seen in this 2015 file photo. Riordan, a Catholic wife and mother from Albuquerque, N.M., was a passenger on a Southwest Airlines flight and died from injuries she suffered when one of the plane's engines broke apart and burst into the cabin through a window.

Tributes from business leaders and politicians alike described Jennifer Riordan — the 43-year-old former Vermonter who died April 17 from injuries suffered on Southwest Flight 1380 when its engine exploded — as a devoted mother, community leader, mentor and volunteer.

Riordan, a Wells Fargo executive from New Mexico, was a “thoughtful leader who has long been a part of the fabric of our community,” said Tim Keller, the mayor of Albuquerque. Susana Martinez, governor of New Mexico, described her as “an incredible woman who put her family and community first.”

But statements about Riordan that were closer to home for the parishioner of Our Lady of the Annunciation Catholic Church in Albuquerque and mother of two children at Annunciation School were issued by her family, who called her their “bedrock,” and her children’s school, which described Riordan as an “integral member of our school community.”

Riordan, who grew up in Vermont, attended Christ the King School in Burlington and graduated from Colchester High School in 1992. She married her high school sweetheart, Michael Riordan, in 1996 at Christ the King Church, according to the Burlington Free Press daily newspaper.

The couple had spent nearly two decades living in Albuquerque. Michael is a former chief operating officer for the city of Albuquerque and Jennifer was a vice president for community relations with Wells Fargo bank.

She was returning from a business trip in New York when the plane was forced to make an emergency landing in Philadelphia after its engine exploded in midair and shrapnel hit the plane breaking the window beside her.

Riordan was pronounced dead at a hospital from blunt trauma to her head, neck and torso, a spokesman for the Philadelphia Department of Health announced April 19.

As news of the tragedy spread, the assistant principal at Annunciation School where the two Riordan children attend, sent an email to parents confirming Riordan’s death and simply adding: “At this point, the family needs all the prayers we can offer.”

Santa Fe Archbishop John C. Wester said: “Our hearts go out to the family of Jennifer Riordan, who lost her life yesterday, April 17, during the tragic plane accident.” The archbishop also said he would “pray for the repose of her soul and for her dear loved ones.”

Annunciation School posted a statement on its Facebook page saying the school was “devastated to lose an integral member of our school community,” noting that Riordan often volunteered at the school and also served on its consultative council.

“She was seen on campus almost daily supporting her beautiful children. She provided encouragement to everyone with whom she came in contact. Her positive motivating spirit will be missed,” the statement added before concluding with the promise that the school community would “keep Jennifer and her family in prayer.”

A statement issued by the Riordan family said: “Jennifer’s vibrancy, passion and love infused our community and reached across our country. Her impact on everything and everyone she touched can never be fully measured.”

It also called her “the bedrock of our family. She and Mike wrote a love story unlike any other. Her beauty and love is evident through her children,” and the statement asked that in her memory people remember to “always be kind, loving, caring and sharing.”

The statement echoes Riordan’s own advice from what she said in 2015 after she was presented the Bill Daniels Award for Ethical Young Leadership by the Samaritan Counseling Ethics in Business Awards.

“As a parent, I’ve said to my kids, ‘Be kind, loving, caring and sharing, and all good things will come to you,'” Riordan told the Albuquerque Journal, about the award. “Integrity embodies the spirit of those four things, as well as high morals. It’s about knowing the difference between right and wrong, and choosing to do what’s right, even when it’s very difficult to do what’s right.”

Not only was Riordan dedicated to her job and school volunteering, but she also volunteered with several local nonprofit groups and boards.

She served on the boards of Junior Achievement of New Mexico and New Mexico First and was appointed by New Mexico’s governor to a board focused on boosting volunteerism in the state.

She was still on the board of directors at The Catholic Foundation, a nonprofit Santa Fe archdiocesan organization that links donors to parishes, schools and organizations in need, and had planned to attend a meeting with the group in late April.

Ed Larranaga, the foundation’s president, said he asked Riordan, who had been his friend for 15 years, if she’d be on the board, but he also wondered if she’d even have time because she did so much.

“She was just thoughtful and probably the most positive person I’ve ever met,” he told Catholic News Service April 19, adding that people who didn’t know her well might have thought she was fake because “no one could be that positive and upbeat.”

Riordan told him over a year ago that Catholic education saved her life, saying she had been “going down a path with other people and friends” and her mom changed that direction by sending her to a Catholic school.

So even though she had a lot going on, she wanted to help Catholic schools through the foundation and by sending her children to Catholic school, he said.

“Jennifer wanted to do things to make a difference, not just at work and in the community, but just in general, she wanted to make things better,” Larranaga said.

And that spirit continues. Earlier that day, he received a phone call from someone in Michigan who didn’t know Riordan but wanted to do something in her honor. The donor, who attended Catholic schools, said he was impressed by what he read about her.

“That’s just the type of person she was,” always making a difference, is Larranaga’s view of the phone call.

He said even though there will likely be a private funeral for Riordan, he is sure there will be a public memorial as well at the convention center because her “impact was that great.”