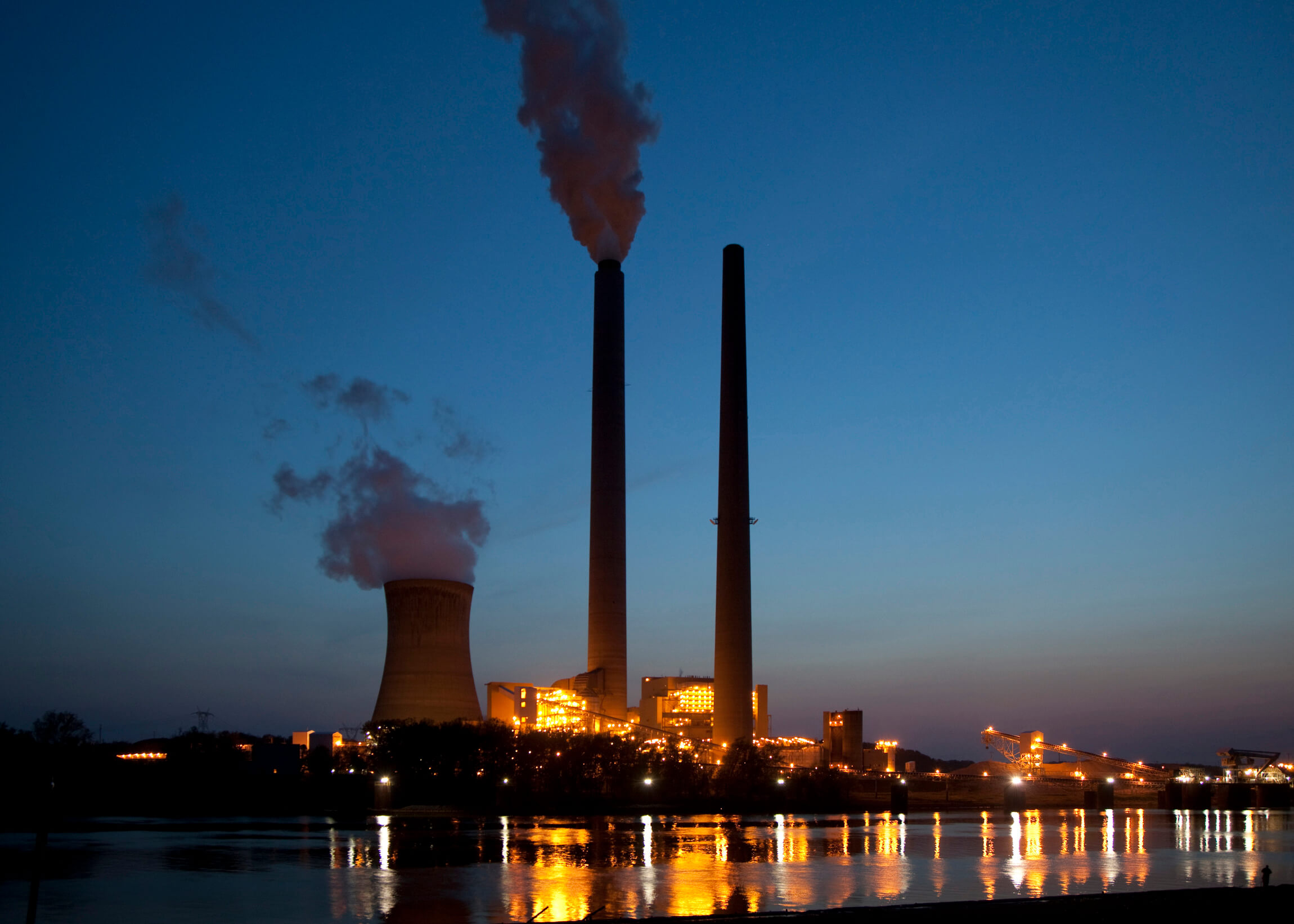 Photo Credit: CNS photo/Jim West - Smoke from the American Electric Power's coal-fired Mountaineer Power Plant is seen in 2010 along the banks of the Ohio River in New Haven, West Virginia. Several Catholic organizations are working to educate people of faith about efforts by the Trump administration to roll back environmental regulations that they say are necessary to protect human health.

The steady rollback of environmental regulations by the Trump administration has gotten the attention of Catholic and other faith-based organizations.

Their concern: The rollbacks are focused on helping industry boost profits at the expense of human health and safety and the environment.

Organizations such as the Columban Center for Advocacy and Outreach and the Catholic Climate Covenant, which is connected to the U.S. Conference of Catholic Bishops, have been educating members and churchgoers about the consequences that experts project will stem from the rollbacks.

Regulations in at least 46 areas related to the environment — from allowing mining on federal lands to weakening protections for plant and animal life under the Endangered Species Act — have been enacted or proposed since President Donald Trump took office in 2017, according to Harvard Law School’s Environmental Regulation Rollback Tracker.

“There’s this drip, drip, drip of regulatory rollback,” Marianne Comfort of the Institute Justice Team of the Sisters of Mercy of the Americas told Catholic News Service. “It’s important to talk about the pattern, the assault on care for creation and to be part of the interfaith community speaking out about what we feel is very important.”

Jose Aguto, associate director of the Catholic Climate Covenant, called the range of rollbacks “absolutely an attack on human health and the environment.”

“One of the messages we give back to the EPA is that its mission is to protect human health and the environment and every single one of their regulations is putting them at risk to the benefit of industry,” Aguto said.

The organizations have taken to online petitions, email blasts to motivate people to comment on proposed regulatory rollbacks and toolkits for congregational action.

“We’re highlighting the importance of this because it’s happening quietly and successfully. The faith community is well positioned to push back on this,” said Becca Eastwood, advocacy coordinator at the Columban center.

Introduced primarily by the Environmental Protection Agency, the rollbacks have come largely in response to industry desires to ease what it considers to be regulatory burdens that cost billions of dollars and produce minimal health benefits and impacts on the environment.

The message has met with a sympathetic ear by high-ranking EPA officials, some of whom have come from the industries they now are charged with regulating.

Among the most striking proposals that concern faith-based advocates are those affecting the three primary U.S. commitments advanced by President Barack Obama to reduce greenhouse gas emissions under the 2015 Paris climate agreement. Since Trump announced his intent to withdraw the U.S. from the agreement, EPA officials have introduced rules that would:

— Make it easier for drillers to meet requirements meant to curb leaks of methane from oil and natural gas infrastructure.

The most vocal reaction to the rollbacks from the faith-based community came in response to the Affordable Clean Energy proposal.

Patrick Carolan, executive director of the Franciscan Action Network, echoed the comments of several advocates who said that addressing greenhouse gas emissions is a moral issue and was in line with Pope Francis’ vision of expressed in his encyclical “Laudato Si’, on Care for Our Common Home.”

“We felt the Clean Power Plan was a really positive step going forward,” Carolan said. “It set standards that we need to see. If we don’t meet these standards we’re going to destroy the planet.”

A plan to reduce power plant emissions has been supported by the USCCB Committee on Domestic Justice and Human Development.

The Clean Power Plan was stayed by the U.S. Supreme Court after several states challenged it on grounds the EPA overstepped its authority and has never gone into effect.

The EPA said its new rule could result in $3.4 billion in net benefits and allow utilities to avoid $6.4 billion in compliance costs compared with the Obama-era plan.

At the same time, the agency foresees that the rule could lead to 470 to 1,400 premature deaths annually compared with the earlier plan.

The National Religious Partnership for the Environment, which includes the USCCB as a partner, has posted an online petition calling for strong CAFE standards to remain in place. CAFE stands for Corporate Average Fuel Economy.

Cassandra Carmichael, the partnership’s executive director, said that easing vehicle mileage standards has a moral component because it adversely affects low-income families, who now and in the future will be forced to fuel their cars more often.

Overall, any rollback, she said, “runs counter to how the faith community wants to interact with the world.”

Introduced Sept. 11, the proposed methane rule would save fossil fuel companies $75 million annually, according to an agency study.

The analysis found that the rule change also would see 380,000 tons of methane, 100,000 tons of volatile organic compounds and 3,800 tons of hazardous air pollutants entering the atmosphere between 2019 and 2025.

Methane emissions have been a concern at the Interfaith Center on Corporate Responsibility. The organization has worked with more than two dozen of the largest oil and natural gas firms on limiting methane leaks from infrastructure.

Christina Herman, program director on climate and environment at ICCR, said the work has taken place through the action of shareholders calling on companies to minimize leaks of methane, which is far more potent as a greenhouse gas than carbon dioxide.

ICCR released a report Sept. 12 detailing the progress made by energy companies on methane emissions measurement and disclosure.

Herman told CNS that the companies being engaged, which are among the largest U.S. oil and gas producers, are not expected to step back from actions to reduce emissions despite the EPA’s proposed rule.

“They know there’s a real reputational risk to the industry to uncontrolled methane leaks,” she said. “They also have found in the process of going after these leaks in a cost-effective way. So it makes sense to them. They are not going to move backward.”

Herman commended the ONE Future initiative of mostly large oil and natural gas producers to limit methane emissions to 1 percent of production across the supply chain.

Such engagement shows that the industry can step up to police itself as long as it is cost effective. However, the ICCR’s engagement has been limited to just a few of the dozens of companies involved in oil and natural gas production nationwide. Small companies not being engaged by ICCR make up the bulk of production and the EPA’s proposed rule is meant to ease costs of maintaining their infrastructure.