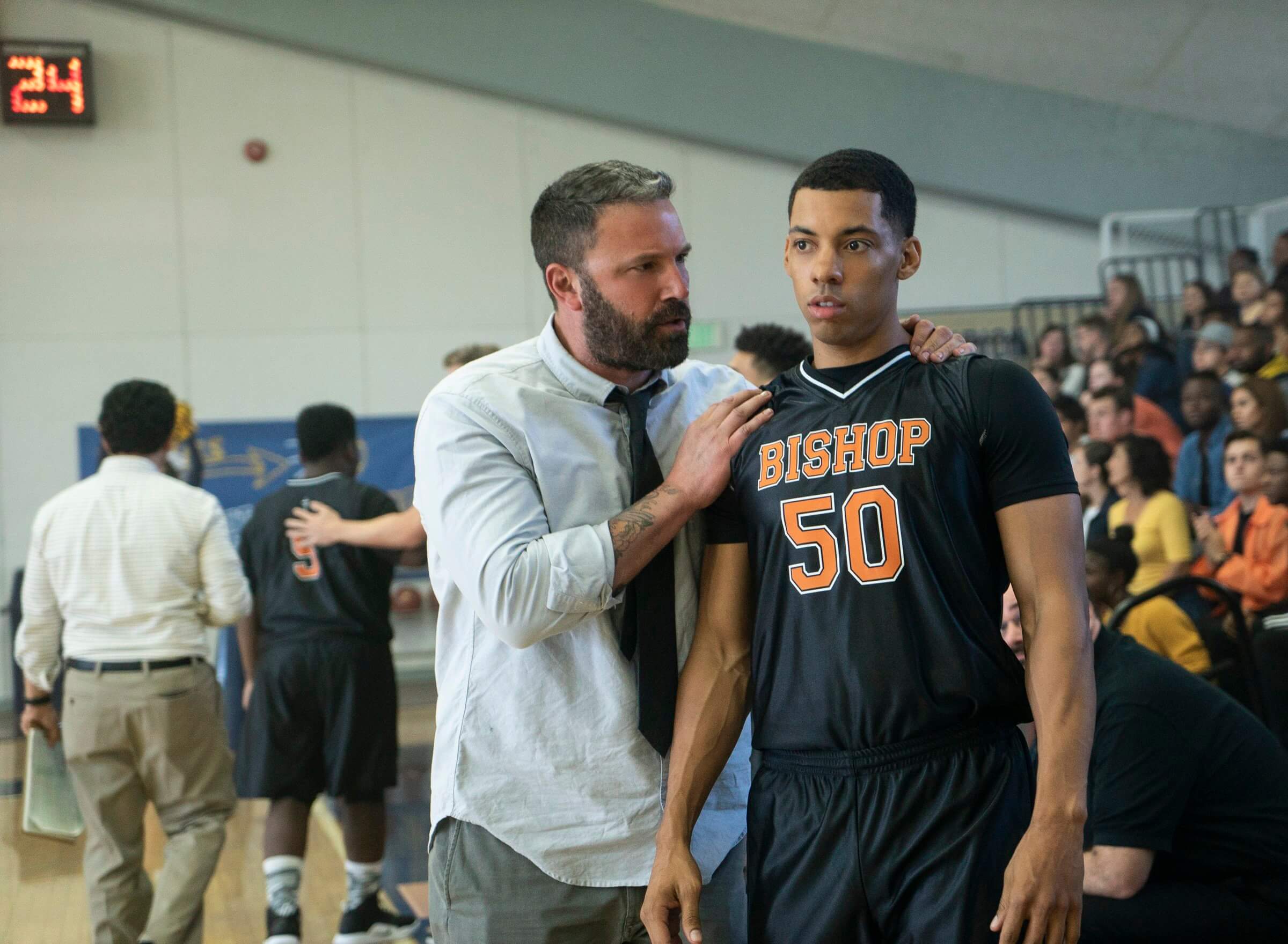 Photo Credit: CNS/Richard Foreman, Warner Bros. Entertainment - Ben Affleck and Melvin Gregg star in a scene from the movie "The Way Back."

The feature film “The Way Back,” a documentary on Father Patrick Peyton, and a Christmas special featuring Dolly Parton were among this year’s Christopher Award winners.

ABC News also claimed two awards among the 22 overall winners announced in New York by the Christophers, whose motto is “It’s better to light one candle than to curse the darkness.”

“The Way Back,” which starred Ben Affleck, one of four feature film winners, told the story of a former basketball star mired in alcoholism who returns to the Catholic high school where he first found fame to coach the team.

“Pray: The Story of Patrick Peyton” tells the tale of the Holy Cross priest who founded Family Theater and coined the phrase: “The family that prays together stays together.”

“Clouds” dramatizes the final six months of 17-year-old Zach Sobiech’s life as his faith inspires him to pursue his musical dreams despite his cancer, living all his days to their fullest with the people he loves most.

Of the six TV-cable-streaming awards, ABC’s pair were for “World News Tonight With David Muir” and “Nightline,” both of which featured stories on the 75th anniversary of the liberation of the Auschwitz concentration camp.

PBS also earned two awards. One was for “Extraordinary: The Bill Atkinson Story,” which chronicled one man’s efforts to become the first quadriplegic Catholic priest. The other was for “Broken Places,” which examines why some children are damaged by sexual abuse, parental rejection or poverty, while others are able to thrive and move beyond the trauma.

Parton starred, wrote the music, and served as an executive producer for “Christmas on the Square,” a modern-day retelling of “A Christmas Carol.”

The awards also chooses a number of book winners, both for children of various ages and for adults.

The winners in the books for adults category were: “After the Last Border” by Jessica Goudeau, “A Knock at Midnight” by Brittany K. Barnett;”Nothing General About It” by “General Hospital” star Maurice Benard with Susan Black; “Voyage of Mercy” by Stephen Puleo; “Wheels of Courage” by David Davis, and “Grace from the Rubble” by Jeanne Bishop, which chronicled the unlikely friendship that developed between Bud Welch, who lost his daughter, Julie, in the 1995 bombing of the federal building in Oklahoma City, and Bill McVeigh, whose son, Timothy, carried out the bombing.

Winners in the children’s books categories:

— “Trying” by Kobi Yamada, illustrated by Elise Hurst, preschool and up.

— “Five Things About Ava Andrews” by Margaret Dilloway. ages 10-up.

— “Everything Sad is Untrue” by Daniel Nayeri, young adult.

The Christopher Awards were created in 1949 to celebrate writers, producers, directors, authors and illustrators whose work, according to the organization, “affirms the highest values of the human spirit.”