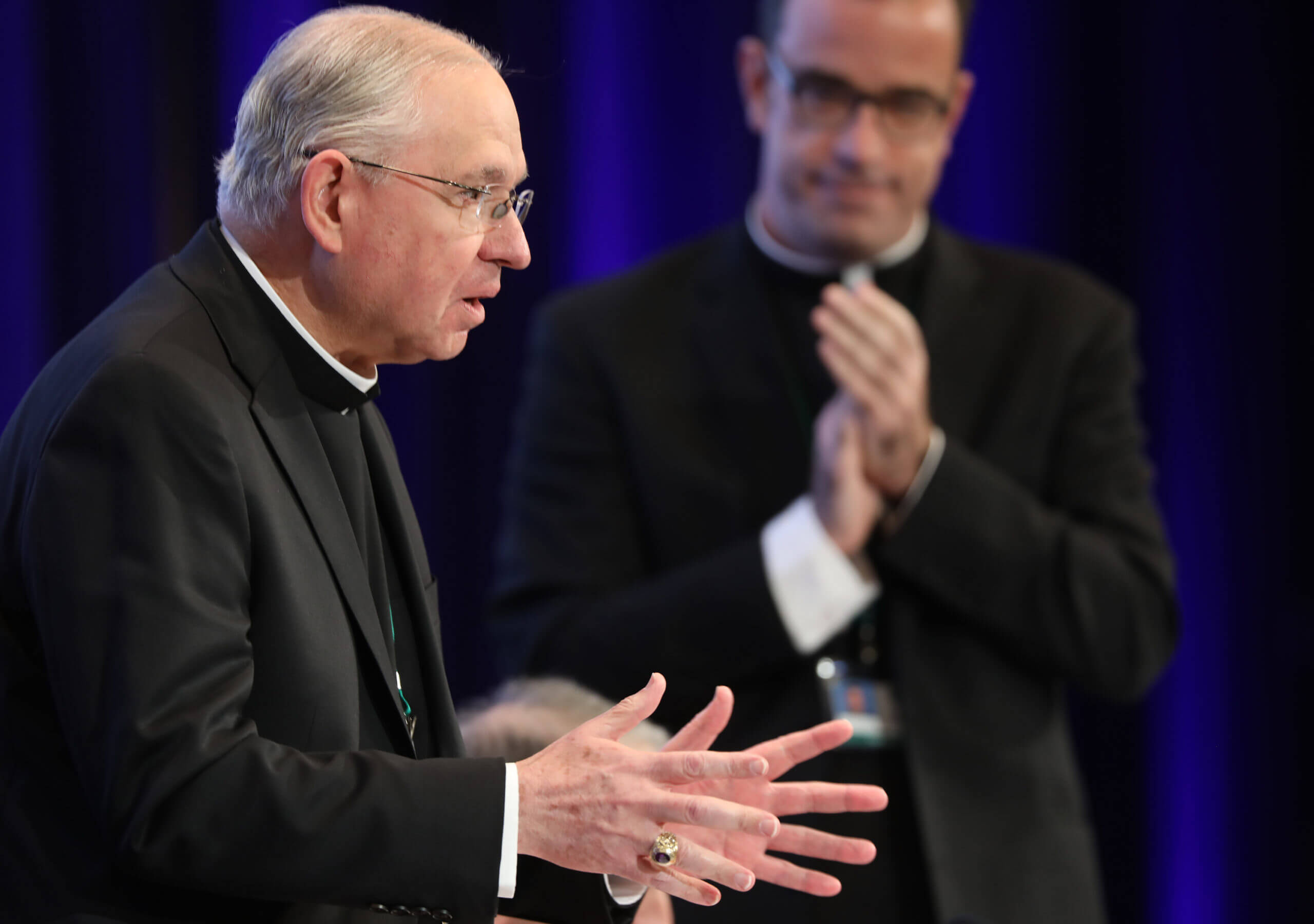 Photo Credit: CNS/Bob Roller - Msgr. J. Brian Bransfield, general secretary of the U.S. Conference of Catholic Bishops, applauds as Archbishop Jose H. Gomez of Los Angeles acknowledges the applause after being named the new president during the fall general assembly of the USCCB in Baltimore Nov. 12, 2019.

Hours after Iran launched more than a dozen ballistic missiles at two Iraqi bases, Archbishop Jose H. Gomez, president of the U.S. Conference of Catholic Bishops, issued a statement calling for urgent prayers “that our world’s leaders will pursue dialogue and seek peace.”

“In the face of the escalating tensions with Iran,” he said, people should join him in “asking our Blessed Mother Mary, the Queen of Peace, to intercede, that Jesus Christ might strengthen the peacemakers, comfort the suffering, and protect the innocent and all those in harm’s way, especially the men and women in our military and diplomatic service.”

Iran’s missile launch — Jan. 8 in Iraq, late Jan. 7 in the U.S. — was said to be in retaliation for Washington’s targeted killing of Iran’s top militia commander, Maj. Gen. Qassem Soleimani, in Baghdad Jan. 3. The missiles hit the al-Asad airbase, which houses U.S. troops, and American and coalition forces in the northern Iraqi town of Irbil, in areas not heavily populated.

During his general audience Jan. 8, Pope Francis also addressed the current situation in Iraq, offering “a warm welcome to the Arab-speaking pilgrims, especially those from Iraq, Lebanon, Syria and the Middle East.”

“In the saddest moments of our lives, in the most distressing moments and of trial, we must not be afraid and be bold as Paul was, because God watches over us, he is always close to us,” he said.