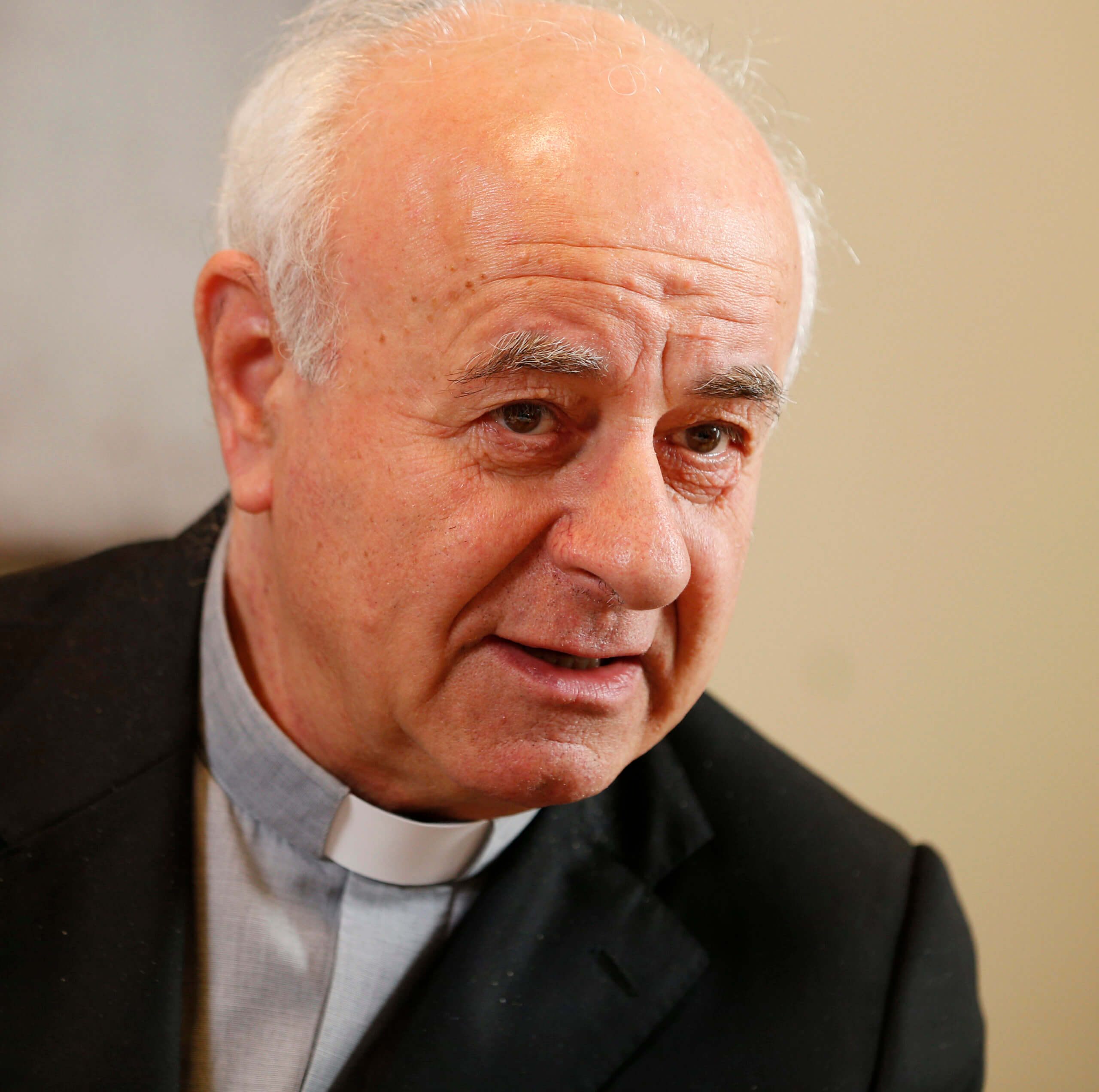 Vatican official: Racism is ‘spiritual’ virus that must be wiped out

Much like the coronavirus pandemic, racism is a “spiritual” virus that has spread throughout the world and must be eradicated, said Archbishop Vincenzo Paglia, president of the Pontifical Academy for Life.

“I would compare (racism) to Covid-19, but it is a virus of the spirit, a cultural virus that, if not isolated, spreads quickly,” Archbishop Paglia told Catholic News Service June 1.

The Italian archbishop commented on the May 25 death of George Floyd while in police custody in Minneapolis and the subsequent protests throughout the United States.

Floyd, 46, was arrested by police on suspicion of forgery. Once he was handcuffed, a white officer pinned him down on the street, putting his knee on Floyd’s neck for eight minutes. A now widely circulated video shows Floyd repeatedly saying, “I can’t breathe.” He appears to lose consciousness or die and was later declared dead at the hospital.

Archbishop Paglia told CNS that just as people were called to self-isolate in order to care for one another, racism can only be defeated by people caring for one another.

“Today we must start a revolution of brotherhood. We are all brothers and sisters. Brotherhood is a promise that is lacking in modern times,” he said. “In my opinion, the true strength that supports us in our weakness is brotherhood and solidarity. And just as it defeats the coronavirus, it also defeats racism.”

The fight against racism, he added, is done “not with violence but in the style of Martin Luther King Jr.: with words, with culture, with faith, with humanism. It is fought the same way we fight against the coronavirus.”

“It’s not enough to remain silent,” the Italian archbishop said. “To prevent the virus of racism from multiplying, those (who oppose racism) must also multiply.”

He said the United States has had a vocation of helping others, not just themselves, but “I believe they have lost” that vocation.

Archbishop Paglia said he believed Pope Francis should consider writing a document that addresses the subject of racism, a problem “all over the world.”

However, he also noted that the pope’s 2019 letter marking the 25th anniversary of the Pontifical Academy for Life reflects on many of the same divisions that exist in the world today.

In the letter, titled “The Human Community,” the pope said the sense of fraternity between people and nations has been weakened by the erosion of mutual trust and “remains the unkept promise of modernity.”

“Mutual distrust between individuals and peoples is being fed by an inordinate pursuit of self-interest and intense competition that can even turn violent. The gap between concern with one’s own well-being and the prosperity of the larger human family seems to be stretching to the point of complete division,” the pope wrote.

Archbishop Paglia told CNS that brotherhood among peoples can only be possible “if the discussion passes to the fact that we are one family of 7 billion people.”

“It’s not that I can say to my brother, ‘I don’t care about you’ because he’s the ninth brother and I only like the first five siblings,” he said. Nevertheless, “I am convinced that there is a great mission for American Catholicism” in the country.