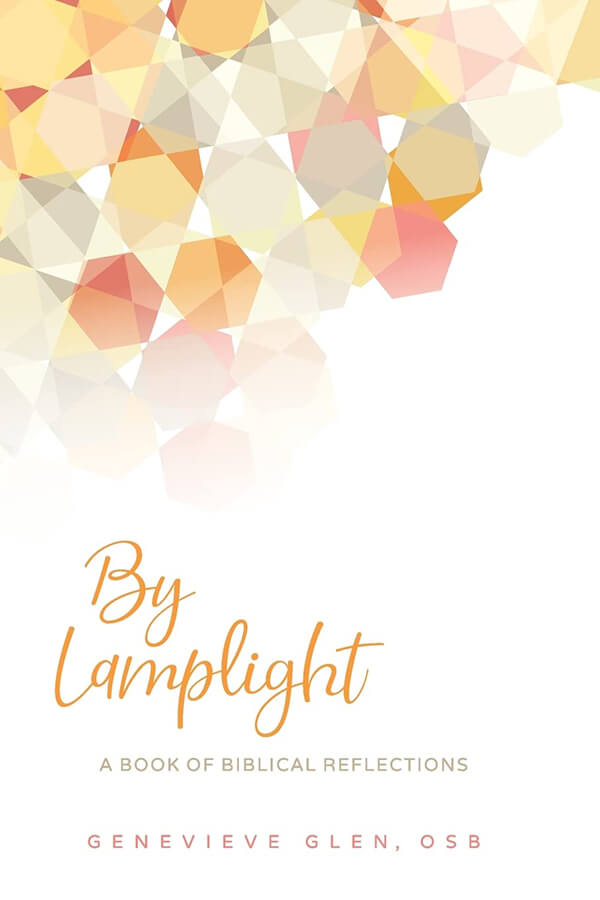 Book review: ‘By Lamplight: A Book of Biblical Reflections’

The tone of Sister Genevieve Glen’s new book, “By Lamplight: A Book of Biblical Reflections,” is captured quite aptly by one prominent word in the title: lamplight. The reflections contained within these pages shine a light on various biblical passages and prayers with which we have sometimes become too familiar. In fact, these are the passages we might be tempted to gloss over thinking, “Oh that one.  I know about that one.”  Sister Glen, however, holds her lamp up to each of them, saying to us, “Not so fast. Have you considered this?” Inevitably, we find we haven’t, but thanks to her, from now on we will.

Interestingly, it was not a Catholic saint who led her to begin this journey back when she was a child in grade school – at least not an official one. Abraham Lincoln captured her imagination when she was tapped to portray him in a school play and, in the course of her research, she discovered that he often read by firelight at the end of the day, because he was hard at work the rest of the time.  It was a habit she subsequently assumed, reading on the floor in front of the family’s fireplace. Even then, it was something that she took solace in. “Lamplight, I came to realize, was firelight when Revelation was written,” she says. “With a lamp, one could take comfort in reading by a small, warm and friendly flame. And this flame was the Presence who is the light of the world’” (Jn 8: 12).

She begins with a suggestion for how to approach our reading of Scripture. Near the beginning of the book, Sister Glen, a Benedictine nun, reflects on the part of St. Benedict’s rule which instructs his monastic followers to “stay at home.” For them, of course, it is a literal vow of stability, but Glen expands the meaning of home to also mean the Word of God.  “If you make my word your home,” Jesus says in the Gospel of John, “you will be my true disciple” (Jn 8:31).  A few chapters later, Jesus also tells His disciples that in the Father’s house “there are many rooms” (Jn 14:2). As we reflect on Scripture passages, she notes, there are those to which we return over and over.  “As we turn again and again to this passage or that, we are in fact making our own personal list of rooms we go to often and why,” she says. “They become home to us, a home to which we return to start the day, take a quiet break, or round out the evening.”

Sister Glen also gives insights into some of the various people we encounter in Scripture. Not many, I suspect, spend a lot of time with the prophetess Anna, who encountered Mary, Joseph and the baby Jesus in the Temple, but Glen allots an entire chapter to her.  From her description, I can say that I will never look at that meeting the same way again, nor will I think of Anna as a sort of “bit” player next to the more verbose Simeon, even though both rejoice in the birth of this child. And Sister Glen doesn’t hesitate to take some personages to task:  “Solomon grieves me,” she says.  “[He] held the pearl of great price in his hand (wisdom) … but he threw it away (to seek after false gods.).”

Sister Glen then devotes some of her reflections to what she calls Prayers and Psalms — including some of the prayers we hear at Mass — as well as separate sections on both Advent and Christmas, Lent and Easter. In every case, the reader is invited to rest and reflect anew on something already familiar and comforting from both prayer and Scripture. And in times that can seem unremittingly dark, Sister Glen’s book — and its lamplight — come as a welcome read.

Sister Genevieve Glen, OSB, is a contemplative nun of the Abbey of St. Walburga in northern Colorado, where she has taught in the formation program.  She also conducts retreats in the retreat house and in many Benedictine monasteries of women and men. A poet and essayist, she writes regularly on prayer and Scripture for Give Us This Day and is the author of “Sauntering Through Scripture: A Book of Reflections.”