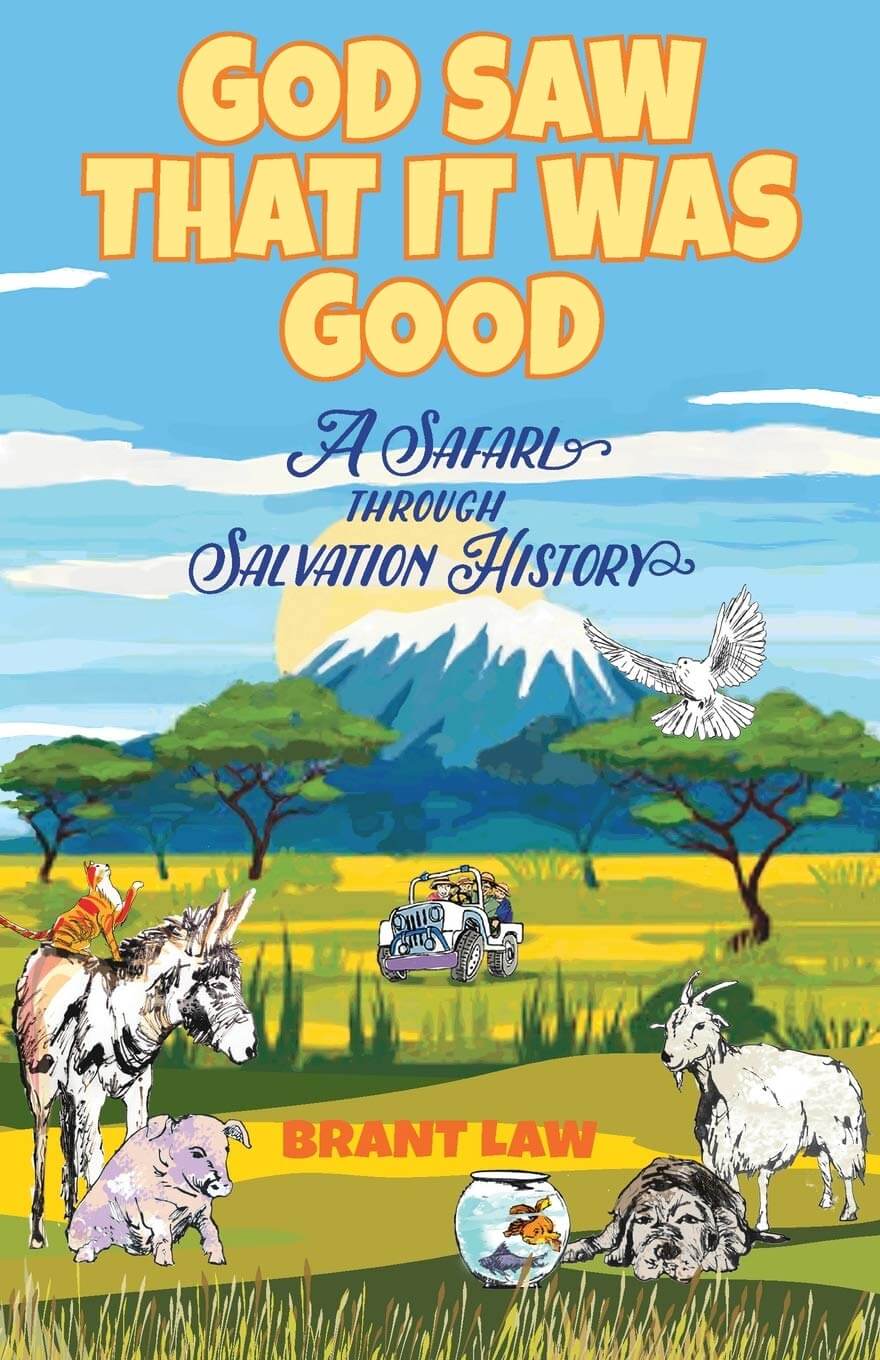 Book review: ‘God Saw That It Was Good: A Safari through Salvation History’

If, like me, you have a soft spot in your heart for animals of all types, then Brant Law’s new book, “God Saw That It Was Good” will be a satisfying read.  Law focuses his discussion, which is subtitled “A Safari through Salvation History,” on 14 different animals, reptiles, birds, fish and even insects who are either major stars or supporting actors in the drama of humankind’s relationship with God.  And just as Adam wasn’t alone in the garden – after all, one of his first jobs was to name everything that had been created prior to him – Law shows that we are also surrounded by a multitude of creatures who have much to teach us about both ourselves and the divine.

Each relatively brief chapter proceeds in three parts; first, Law tells a story about the creature in question from the point of view of his own experience.  He then shows where and why that same creature shows up in scripture and what happens because of it.  Finally, he notes that many saints have also had experiences of and relationships with various animals.  In every case, he also shows how the creature inevitably points back to God.

Some of the animals he discusses are not surprising – we would expect to find the donkey (remember how Jesus entered Jerusalem on Palm Sunday) and fish aren’t all that startling either.  (Recall how Jonah was swallowed by a particularly large one, for instance, and the fact that the first disciples started out as fishermen.)  Lambs are also a shoe-in (they figure prominently in the story of the Passover, which leads to the ultimate Lamb of God in the New Testament.)  Snakes have had a bad reputation, starting in the Garden of Eden, but they apparently fled Ireland at the command of St. Patrick.  And no book about animals would be complete without St. Francis of Assisi, who spoke to both birds and beasts (the wolf of Gubbio is a particularly wonderful story) and befriended them all.

Other animals or saints might not come to mind as readily, but as soon as they are discussed, the reader finds himself saying, “Oh yeah, now I remember that one.”  There are pigs and goats, cats and dogs, horses and cows, mice and birds and finally, insects (think of how many of the plagues of Egypt involved bugs – gnats, flies and locusts, to be precise.)  There is even a chapter on animals which technically don’t exist; things like the behemoth and the basilisk (although put to good use in the Harry Potter books) will never appear in any scientific journals – nor are they meant to.  The fact is, Law has included a veritable Noah’s ark of wildlife in these pages, but no matter which creature he writes about, they all end up performing the same, holy function – to turn our attention back to their creator and ours.

“This book,” he says, “is a collection of some of the more famous and not-so-famous stories about animals in the Bible, the lives of saints and sometimes from my own life, presented to you to not only learn of these amazing tales about animals but to also appreciate how God uses his creation to draw us closer to him and guide us to the life he wants us to live.”

Though the author doesn’t quote him directly in his book, I was nevertheless reminded throughout my whole reading of it of the first stanza of a well-known poem by Cecil Frances Alexander, which I think sums up Law’s approach to his subject quite nicely:   “All things bright and beautiful, All creatures great and small, All things wise and wonderful, The Lord God made them all.”

Brant Law has a bachelor of arts degree in theology from St. Gregory’s University in Shawnee, Oklahoma. He currently lives and works as a high school math teacher in Alma, Arkansas. He and his wife, Christy, have three cats: Ana, Bella and Pom Pom.  “God Saw That It Was Good” is his first published work.

More information about Brant can be found by following him at twitter @Mr_Blaw or on his author facebook page Brant Law @lawesomebooks.