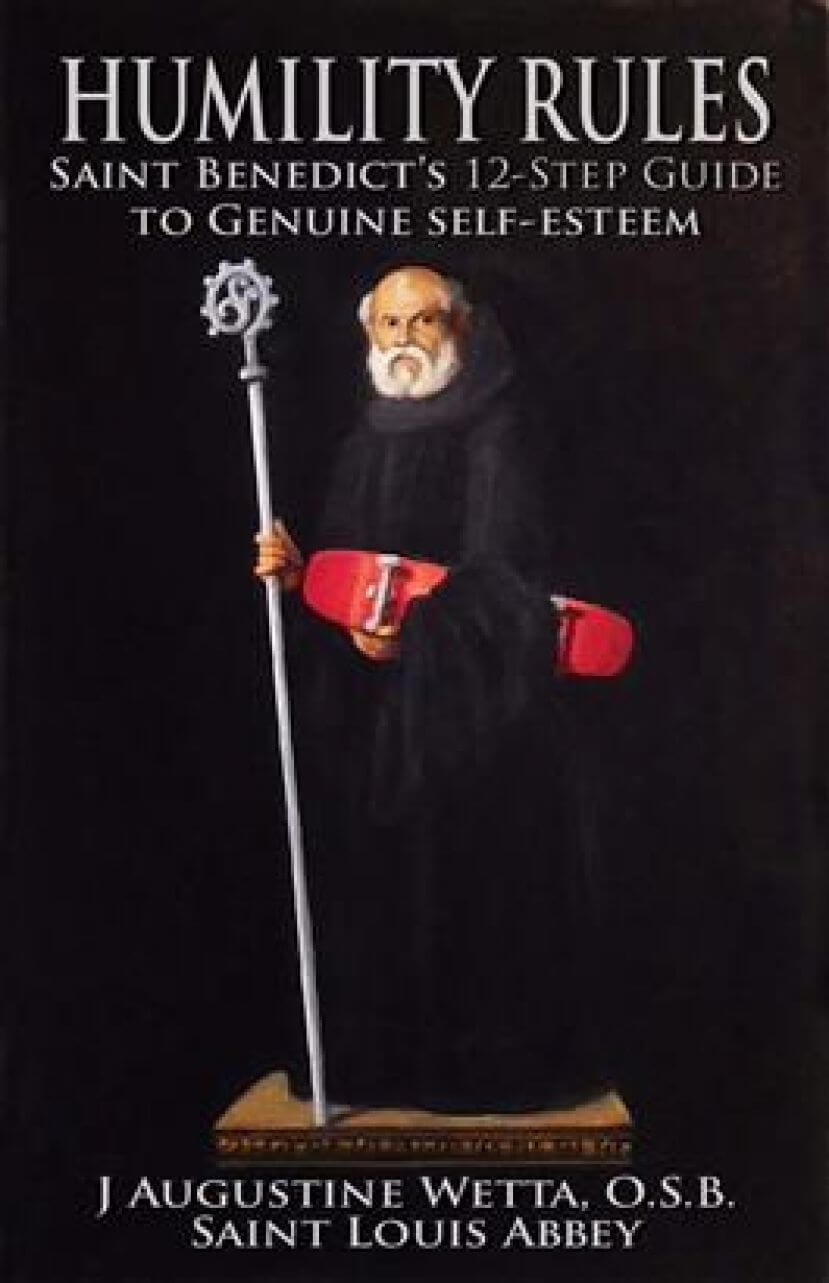 If your spiritual goal for Lent is, in part, to break bad habits and attitudes and replace them with better ones, then Father Wetta’s book may be just the guide you are looking for. Unlike giving up chocolate or a favorite television program (although either of these things is good if it leads you closer to God) Wetta, a monk at the Benedictine Abbey of St. Louis, proposes something dramatically counter-cultural instead – giving up the pursuit of our own self-esteem in order to embrace a life of self-abandonment. In other words, as the title of his new book says, it may be time to let humility rule.

The virtue of humility has gotten a bad rap in the last few decades because it is largely misunderstood. It is often confused with the destructive notion of “putting oneself down” when, in reality, it is a genuine raising up of the true self. “[St. Benedict]”, Father Wetta notes, “is not focused on self-love, self-praise, self-aggrandizement, or self-promotion—not focused on the self at all, but on how to relate to one another and to God in light of our strengths and weaknesses. But such clarity of vision begins to develop only when you take the focus off yourself and devote yourself body and soul to a higher purpose.”

St. Benedict’s “Rule” calls this ascent to a higher purpose “The Ladder of Humility,” and Father Wetta’s book is structured around each rung. Reading through his description of each – “Don’t be true to yourself, don’t follow your dreams, put your worst foot forward” for instance — may inspire some to run rapidly in the opposite direction. Don’t be deceived, however; this is no dour monk writing to ruin your life or drag you down into a “slough of despond.” Rather, it is a call to reality, to genuineness and to what really matters in life – both here and hereafter. As a bonus, it is written in such a way that a 21st century reader can understand and appreciate the truth of what the author is saying, even when those truths are as old as Creation itself.  As Wetta puts it, “…my goal here is to make St. Benedict’s handbook a bit more accessible—and perhaps a little less medieval.”

Another bonus is Father Wetta himself; although he takes what he is saying seriously, he does not take himself so. (A mark of humility?  Perhaps….) For example, the illustrations that he includes throughout the book, though drawn from medieval sources, have been given a decidedly modern – and humorous – spin. He also draws upon his own often quirky life experiences to illustrate his points (he is, for instance, also known as “the surfing monk” who was once almost eaten by a shark off a beach in New Jersey. He invites the reader to look it up – I did, and it’s true.)  In keeping with his other vocation as an educator – he teaches English, classics and theology at the Priory School, in St. Louis, Missouri, where he also coaches rugby and serves as director of chaplaincy – each chapter ends with a homework assignment. Don’t worry though; these exercises are designed to deepen and extend for yourself what Wetta has explained on the page.  I got to the point that I actually looked forward to doing them.

So why bother with humility? Because it brings us closer to God.  “…humility should never be confused with mediocrity,” Father Wetta concludes.  “Perfect holiness is the purpose for which we were created, so we can’t allow ourselves to be comfortable with the status quo. The minimum is not enough. … Does this scare you? It should. But it should also thrill you, because it means you are infinitely important and always loved. … So get to it. You know the steps, now climb the ladder.”

Augustine Wetta is a Benedictine monk at the Abbey of St. Louis in St. Louis, Missouri.  In addition to earning two degrees in theology from Oxford University, Father Wetta also has a bachelor’s degree in Ancient Mediterranean Civilizations from Rice University and a master’s in English from Middlebury College in Vermont.

Before entering religious life, Wetta learned to surf and was a lifeguard on the Galveston, Texas, Sheriff Department Beach Patrol. He has also worked as a professional juggler (“The Flying Fettuccinne Brothers”) and as an archeologist.