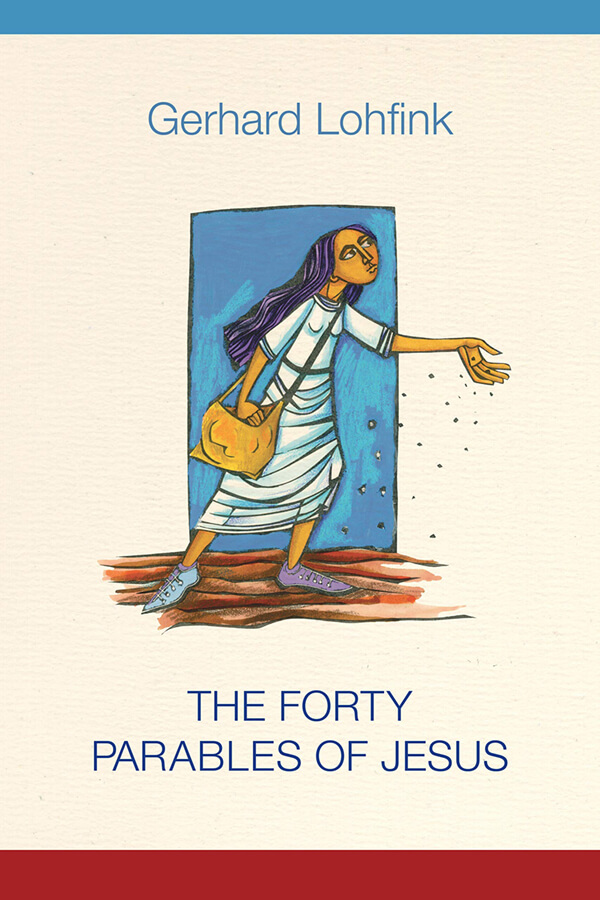 In Father Gerhard Lohfink’s latest book, “The Forty Parables of Jesus,” the reader is invited to take a scholarly look at what is already quite familiar to most – the stories that Jesus told.  To glance at Part Two of the table of contents, which lists the 40 parables the book will be dealing with, is like revisiting old friends.

However, this visit will be a bit different, and that is what make’s Father Lohfink’s book so valuable.  What he does is consider the parables and their significance in the way that Jesus’ original audience would have.  There is much to be gleaned from doing so, for although we can find an infinite store of meaning in them in our own time and circumstances, we are still two millennia removed from the culture that Jesus lived in. Understanding the nuances and situations which would have been obvious to listeners in first-century Palestine can only add to our appreciation of Jesus’ message.

“Jesus’ parables are like diamonds that were given a setting even in their earliest transmission and then especially in the gospels,” Father Lohfink says of the Church’s continued proclamation of Jesus’ words.  “Settings for precious stones are not only valuable in themselves, they are necessary.”

Within the context of this tradition, Father Lohfink then goes on to talk in this book about “origins. It is about the oldest form of Jesus’ parables and what they originally said.”  He considers this of utmost importance because “they lead us to Jesus.  Nearly every parable discloses to us —discretely and in hidden fashion – the mystery of Jesus Himself.”

Before considering Jesus’ parables in the New Testament, Father Lohfink spends some time in Part One looking at parables in general and why and how they work.  For this, he reaches back to stories in the Old Testament (with which both Jesus and his audience would have been familiar) as well as an example from the Gospel of John; he also draws from stories told by more modern scholars.  In short, a good parable will have listeners “brought into a situation in which they believe they are going to enjoy a thrilling story – and then all at once, everything changes: they are confronted with the will of God or the evil situation in which they are living in God’s eyes.”

This is an excellent description of what Jesus does in the New Testament; Father Lohfink states quite emphatically that Jesus was a master storyteller, and that the main theme of His stories was and continues to be the reign or kingdom of God. Father Lohfink also points out that for Jesus, the kingdom is not solely some future event. “It is already present and encompasses both creation and history,” he notes.  “It is only ‘coming’ in the sense that it is ‘announced’ and ‘accepted,’ often against the resistance of habit, hardening, and human malice.”  So while the kingdom has come in the person of Jesus, “it still has to establish itself throughout the world, against the powers opposed to God.  Thus it has both a present and future aspect.”

This understanding sets the stage for what follows.  In every parable studied in this book, Father Lohfink shows how Jesus speaks about God’s reign through images that the people He was addressing would understand.  “The listeners can engage with the thing the parable is talking about,” he says.  “They can enter into the story told in the parable and allow Jesus’ words to put new ground under their feet … and so give support to the new world that is beginning there.”

Though scholarly in tone, “The Forty Parables of Jesus” is not so erudite that it is incomprehensible to non-theologians.  It is well worth the extra time it may take to read it well.

Father Gerhard Lohfink was born in Germany in 1934.  Ordained to the priesthood in 1960, he served as professor of New Testament exegesis at the University of Tübingen.  Now at age 87, he continues to research and lecture on ecclesiology and eschatology. His many books include “No Irrelevant Jesus,” “Jesus of Nazareth,” “Is This All There Is?” “The Our Father” and “Prayer Takes Us Home” — all from Liturgical Press.