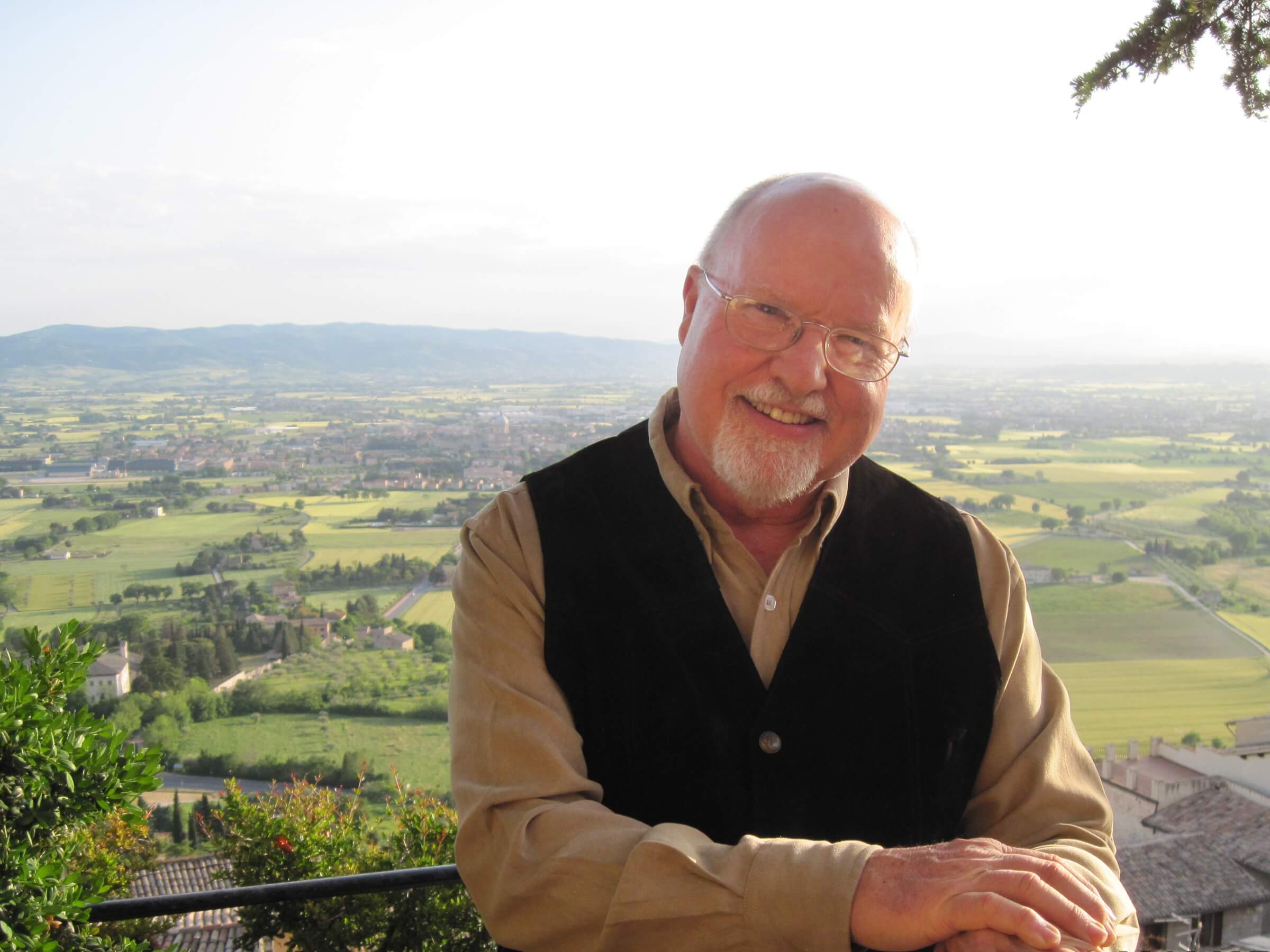 Photo Credit: CNS photo courtesy of Franciscan Media - Franciscan Father Richard Rohr is seen in this 2012 photo during a trip to Assisi, Italy.

If you are looking for a quick, light read, you may want to put

’s book on hold for a while; there is so much substance in these roughly 200 pages that demands close and careful thought that a hurried read-through would not do it justice.

In fact, “The Wisdom Pattern: Order, Disorder, Reorder” is probably one of those books that deserves a second and perhaps even a third reading in order to absorb all that is in it.

The premise would seem to be simple. If we want to move toward something better, more fulfilling and more in line with Gospel values in our world, we have to look carefully at where we are (order), identify the things that don’t work (disorder) and then create something new (reorder). But as Father Rohr points out, our inclination is to avoid step two – disorder – and move too quickly to step three, reorder. But as Christians, we already know that it is not as easy as that. We simply cannot get to the Resurrection without first experiencing and embracing the Crucifixion.

What this book examines and calls us to is nothing less than metanoia, the complete realignment of our souls, which is what Jesus meant when He spoke of repentance as necessary for entry into the Kingdom of Heaven. To do this will be painful; we may have to give up some of our most cherished idols in favor of the true God; but if we seek Truth, there is no other way around it.

Father Rohr writes at length about the special challenges we face at the present time and within the context of our current culture. These appear on many levels – social, political, religious and personal – and fragmentation and anger seem to be everywhere. “Every age has its pain,” he says, “and spirituality, in its best sense, is about what we do with our pain.” What we choose to do is often, at best, not helpful at all and, at worst, downright destructive. So we end up in a cycle that we just can’t manage to climb out of, seemingly stuck in Good Friday with little or no way to get to Easter Sunday.

Part of our problem is not surprising; we often leave God out of the equation and so run from the very person and process that can save us. “More than anything else, the cross says that God can and must be seen in all things, but most especially in the seemingly sinful, broken and tragic things,” Father Rohr says. “The place of the supposed worst becomes the place of the very best.  The mystery of the cross teaches us to be prepared to be surprised about how and where God reveals God’s heart. It’s beyond our control.”

When we begin to look at our lives from this vantage point, there is much that will need to be done. It is only when we choose to enter a place of redemptive suffering that we can bring about the changes in ourselves and our society that we so desire. The most important step is to accept a complete surrender to God, giving up our perceived, but false, sense of control. “In order to reconstruct, we need to be open to something more than cerebral, rational knowing,” Father Rohr points out. We need to move toward a more spacious, contemplative knowing.”

Ultimately, we follow a savior who did the will of the Father, even when it meant drinking a bitter cup. “Our trust is that the God who has called us into this present moment will also sustain us and lead us through it,” he concludes. “(God) and Jesus are always the ones ‘who bring the dead to life and call into being what does not yet exist.’ It is the one and only pattern of God, and we must be ready for it, again and always.”

Father Richard Rohr is a Franciscan priest of the New Mexico Province and founder of the Center for Action and Contemplation in Albuquerque. He is the author of numerous books, including “Eager to Love: The Alternative Way of Francis of Assisi.” He is academic dean of the Living School for Action and Contemplation, the mission of which is to produce compassionate and powerfully learned individuals who will work for positive change in the world.