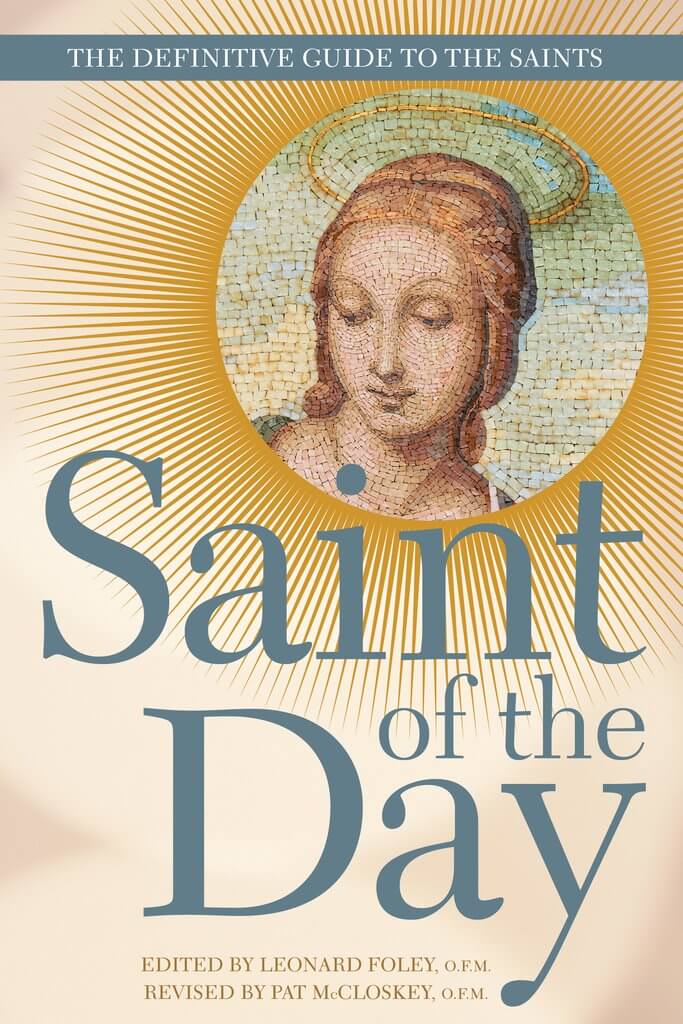 Book review: ‘Saint of the Day: The Definitive Guide to the Saints’

One of the many things a reader can take away from this latest edition of “Saint of the Day” is that sainthood is within the grasp of every one of us. Of the hundreds of holy men and women who are part of the Roman Catholic Calendar, all of them, though they naturally share certain characteristics, are still uniquely themselves.   As St. Pope John XXIII is quoted as saying in the book’s introduction, “An individual becomes a saint by cooperating generously with God’s grace, according to that person’s ‘individual capacities and particular circumstances.’” The book’s editors then go on to emphasize that “(h)oly women and men use their diverse, God-given talents by witnessing in their unique way to God’s compassionate love; there are no clones among the saints.”

Thus, anyone who is interested in exploring the lives of the saints celebrated throughout the year will find a wide range of them here to read about. They come from all times, places and circumstances; they include men and women, lay and ordained, as well as individuals from diverse occupations and nationalities. Most importantly, the editors hope their stories will inspire us to seek out God’s gift of holiness in our own lives, encouraging us to become saints in the unique surroundings in which we find ourselves today.

Many editions of this book have been printed since it was first introduced in 1975, and the question might rightly be asked, “Why another one?” The answer lies in the fact that saints are constantly being added to the Roman calendar; as the editors note, “St. John Paul II beatified and canonized more women, men and children than all his predecessors in the previous one thousand years.” Since then, even more have been added by both Pope Benedict XVI and Pope Francis; this edition, for instance, includes seven individuals either canonized or beatified just since 2014: Oscar Romero, Marie of the Incarnation, François de Laval, Miriam Teresa Demjanovich, Stanley Rother, Pope Paul VI and Solanus Casey.

For anyone who needs a “refresher” in some of the details regarding just how the Church arrives at its various designations, the introduction offers a concise explanation of the steps the Holy See takes in its declaration of sainthood — from a person being acknowledged as a Servant of God to being affirmed as Venerable, then concluding with the processes of beatification and eventual canonization. However, as the authors also quickly point out, whether or not a person is a saint has already been decided by God; the Church’s role has more to do with how the faithful may commemorate that person. “The difference between canonized saints and those officially recognized as blessed is not whether they are in heaven or merely close to it,” they say. “The key difference is where their liturgical feast may be publicly celebrated.”

They also deal with the issue that often arises with some of the saints who were declared as such by popular devotion, long before the official institution of the modern investigation process — what are known as “Pre-Congregation” saints. (Scientific hagiography, or biographies of saints, did not begin until the 17th century.) “In this book we clearly label legend as such,” they explain. “Ages previous to ours were not blessed (or afflicted) with our passion for historical accuracy. … If what we call legend is not factually true, it is often true to the character and spirit of the saint involved. Legends always convey a truth deeper than what a video camera can capture.” This is emphasized for each entry by an editorial comment, which shows the relevance of each saint to our lives in the 21st century.

Even for readers who own earlier editions, this updated version would be a valuable addition to a comprehensive collection of the lives of Catholic saints.

Leonard Foley, OFM(1913 – 1994) was editor of St. Anthony Messenger magazine and author of “Believing in Jesus: A Popular Overview of the Catholic Faith.”

Pat McCloskey, OFM, is Franciscan editor of St. Anthony Messenger magazine and writes its “Ask a Franciscan” column. A contributor to the original Saint of the Day book, he has updated this volume five times. He is also the author of “Day by Day with Followers of Francis and Clare.”