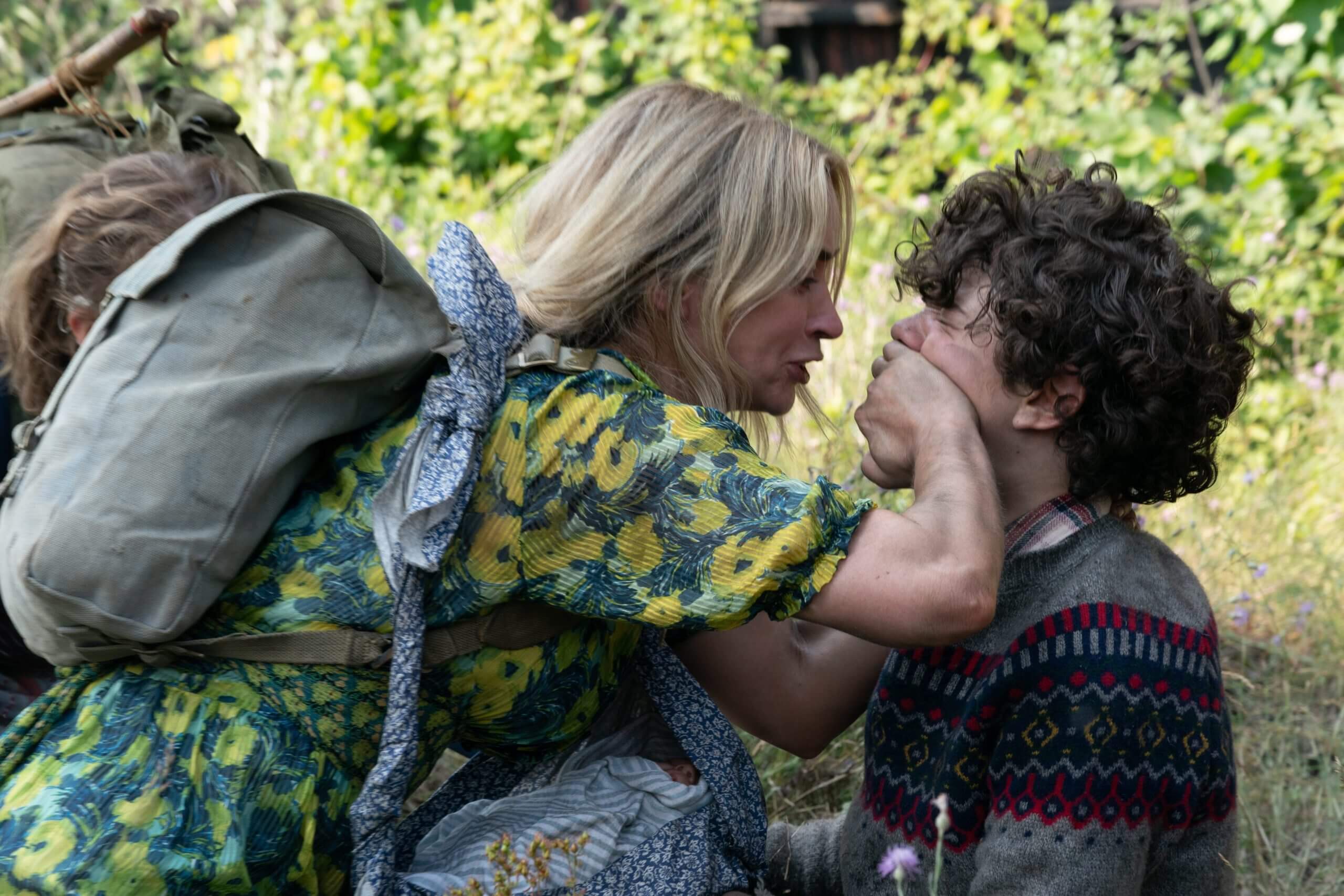 “A Quiet Place Part II” (Paramount) drains away the suspense, analogies and underlying message about family bonds from the 2018 original in order to set up a franchise reminiscent of an immersive dystopian theme-park ride.

Killing humans and damaging infrastructure remains the singular goal of the alien invaders from the first movie. So those few beleaguered earthlings who have succeeded in evading them carry on in survivalist mode.

As those who saw the kickoff will remember, these extraterrestrials are toothy, blind and persistently enraged. But they also possess super-sensitive hearing, which means that their potential victims must avoid making the slightest noise if they are to escape detection.

The predators have a corresponding weakness, however. They’re vulnerable to high-pitched frequencies such as those from electronic interference. The paroxysms of pain into which such sounds plunge them disable the intruders long enough to make them targets for rifle fire, thus increasing the splatter factor.

The strength of the previous film lay in its courage. It was bold enough to show the impact of a child’s death at the hands of the enemy. In the aftermath, there was grief as well as enough blame to go around, but ultimately the bereaved family learned how to pull together and persevere.

With the family patriarch Krasinski played last time out of the picture, mom Evelyn (Emily Blunt), deaf daughter Regan (Millicent Simmonds) and son Marcus (Noah Jupe), with their infant brother in tow, are forced to flee their farmstead in upstate New York. They find a new haven in an abandoned steel mill.

Regan, whose disability has made her relatives adept at sign language, breaks out on her own to find a radio station from which to broadcast vibrations toxic to the aliens. To do so, she’ll need the help of an unlikely substitute father figure, her grumpy former neighbor Emmett (Cillian Murphy).

With nothing new to reveal about the marauders and their behavior — anyone seeking a parable about the Covid-19 pandemic will be left disappointed — the sequel merely repeats familiar sci-fi tropes.

Although Evelyn turns out to be a pistol-packin’ mama with impeccable aim and abundant ammo, there’s not much on display stouthearted older adolescents won’t be able to handle. How rewarding either they or their elders will find this second outing, however, is another question.

The film contains gun and physical violence with fleeting gore. The Catholic News Service classification is A-III — adults. The Motion Picture Association rating is PG-13 — parents strongly cautioned. Some material may be inappropriate for children under 13.