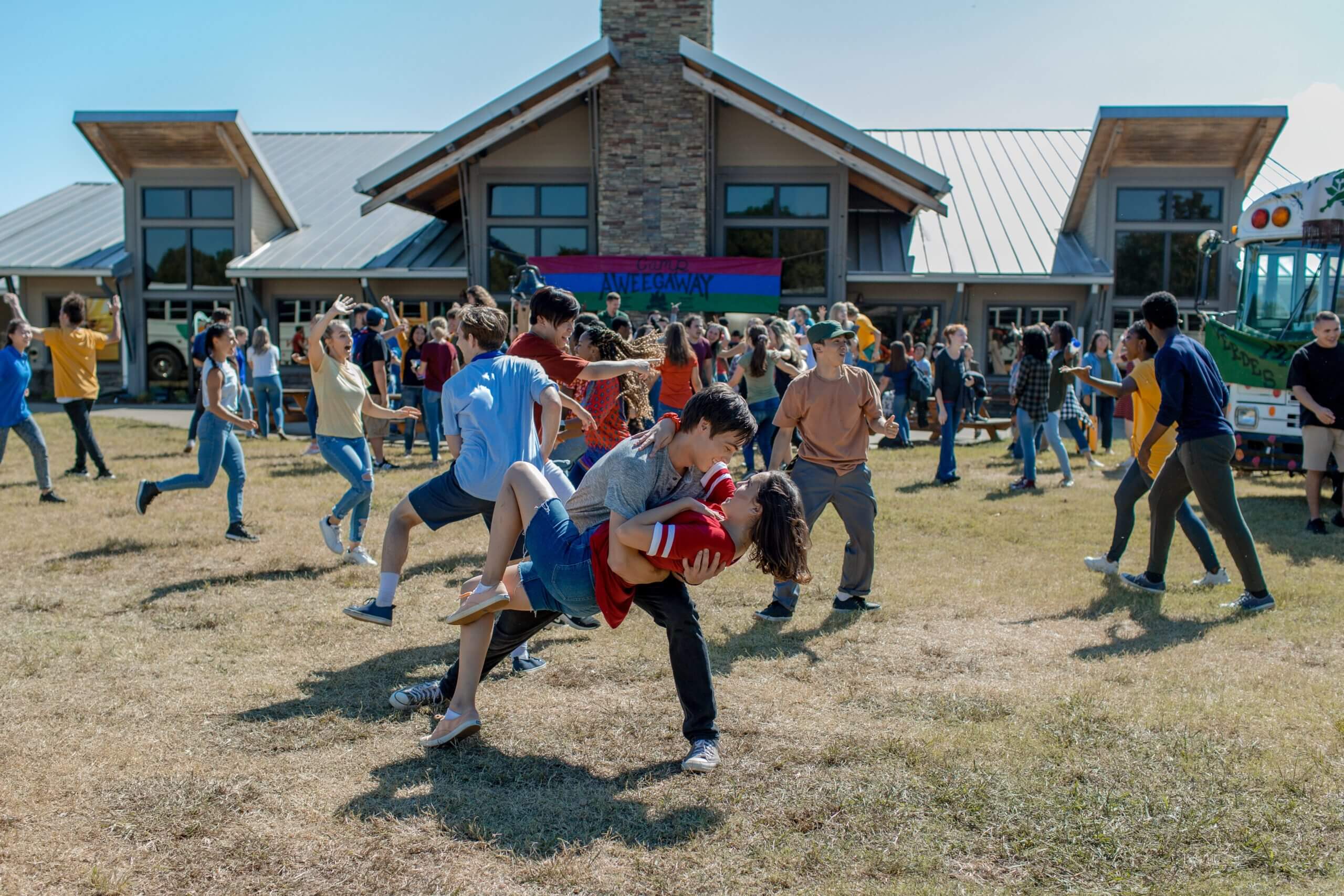 Photo Credit: CNS/Richard Peterson, Netflix - Bailee Madison and Kevin G. Quinn star in a scene from the movie "A Week Away."

Movie review: ‘A Week Away’

A musical romance with an evangelical Christian twist, “A Week Away” (Netflix) could be described as “High School Musical” meets summer camp. Written by Kali Bailey and Alan Powell, the streaming service’s first faith-based film is directed by Roman White.

endured the death of his parents. As a teen, he’s been rebelling against the foster care system by pulling all sorts of pranks — putting his school up for sale on Craigslist, for instance.

His escapades escalate in seriousness, however, and the theft of a police car lands him in front of his social worker. At the suggestion of Kristen (Sherri Shepherd), a foster mom who helps out at a faith-promoting camp called Aweegaway, Will is presented with a choice: juvenile detention or a spell at Aweegaway. His decision is predictable.

On Will’s arrival at camp, Kristen’s son, George (Jahbril Cook), becomes his mentor, guiding him through his new environment.

George’s crush on Presley is a long-standing one, but he’s unable to string three words together in her presence. This awkwardness prompts the song “Good Enough,” the lyrics of which aptly describe the experience of many adolescents who wonder if they are worthy to be loved.

The rivalry among the three tribes into which the campers are divided introduces the closest thing Aweegaway has to a villain, pharisaical Sean (Iain Tucker). Amid the competition, Will bonds with those around him, developing the kind of relationships that have long been lacking in his life.

“A Week Away” doesn’t get any points for originality. But its portrayal of young people trying to find their way in the world with the guidance of caring grown-ups will resonate with the film’s target audience. And believing viewers of many stripes will appreciate the message that God has a plan for each and every human life.

The picture has its light and funny moments as well, many coming from myriad movie references included in the script. The strong chemistry between Madison and Quinn is another of its assets.

While it’s free of objectionable content, “A Week Away” touches on subjects, like the loss of parents, that might be troubling for small fry. It’s ideal family fare, though, for older kids and their elders.

The film contains mature themes. The Catholic News Service classification is A-II — adults and adolescents. Not rated by the Motion Picture Association.

Share This Post
movie reviews, 'A Week Away', Kevin Quinn)
See More
Last Article
What I learned from the cherry blossoms
Next Article
Care packages for Father Gratton
Back to Vermont Catholic Magazine