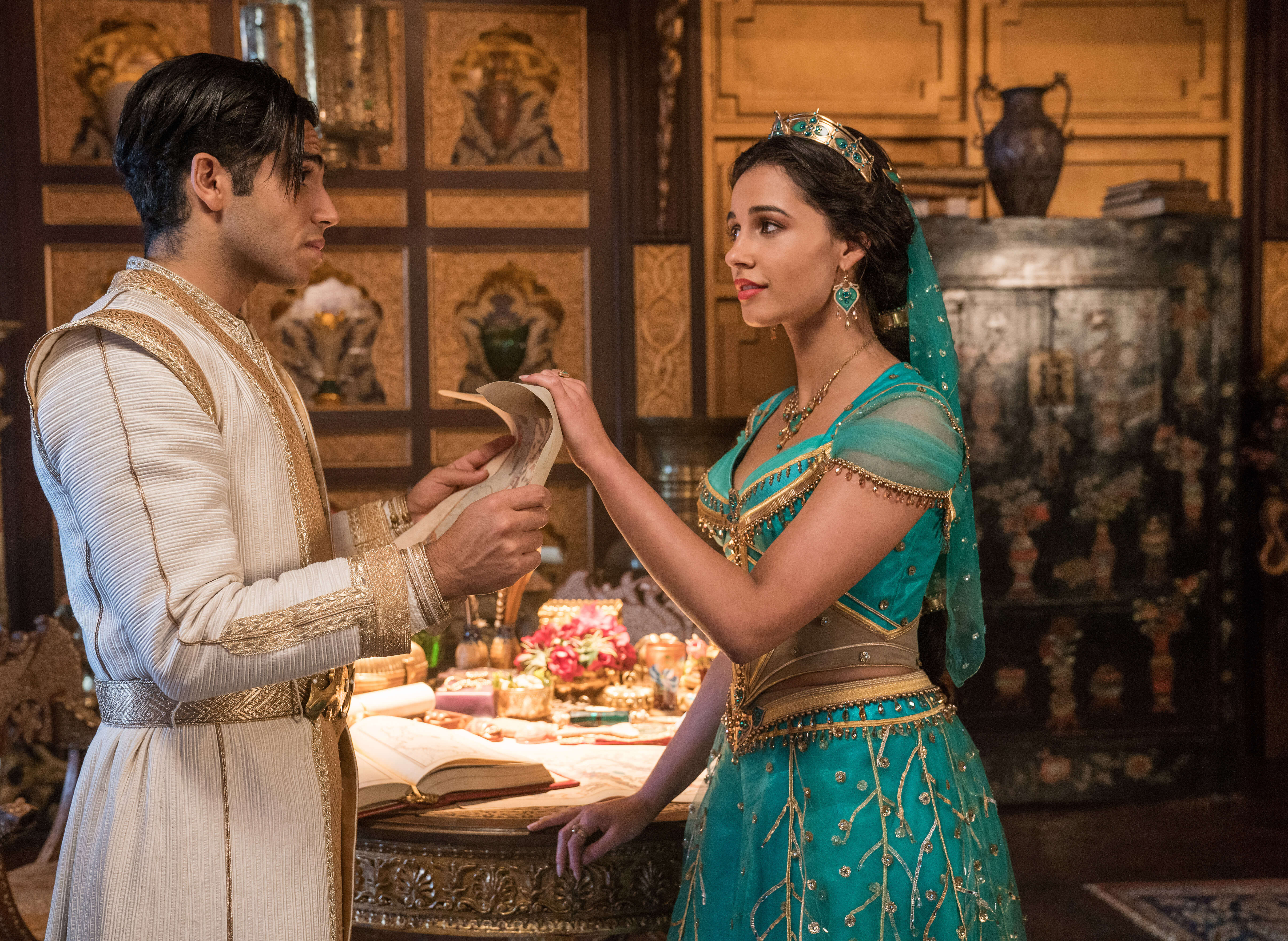 Photo Credit: CNS/Disney - Mena Massoud and Naomi Scott star in a scene from the movie "Aladdin." The Catholic News Service classification is A-II — adults and adolescents. The Motion Picture Association of America rating is PG — parental guidance suggested. Some material may not be suitable for children.

Though the magical tale of Aladdin is centuries old, it’s probably best known to contemporary audiences through two relatively recent products of pop culture: the 1992 animated film with Robin Williams and the Broadway musical derived from it, which continues a run that began in 2014.

With “Aladdin” (Disney), director and co-writer Guy Ritchie serves up a spirited live-action take on the same material. The result is a thoroughly enjoyable musical fantasy that’s suitable for a wide range of age groups.

The perennially appealing story is, of course, a familiar one, at least in its broad outlines. Slightly rakish poor boy Aladdin (Mena Massoud) acquires a lamp with a genie (Will Smith) inside who must grant him three wishes.

Here the good-hearted jinn also aids his master in the lad’s seemingly hopeless pursuit of Jasmine (Naomi Scott), the princess he met while she was exploring Agrabah, the city in which they both live, incognito — and for whom he fell in no time flat. He also helps Aladdin’s efforts to thwart the evil schemes of Jafar (Marwan Kenzari), vizier — chief adviser — to Jasmine’s father, the Sultan (Navid Negahban).

As Aladdin and his quick-witted, amiable new ally bond, the lad resolves to use his third and final wish to set the genie free. Plot developments, however, eventually test his willingness to follow through on this altruistic plan.

Exuberant and lavish, “Aladdin” will have viewers rooting for its underdog hero, savoring the gentle romance in which he engages and appreciating messages about humility, honesty, self-sacrificing friendship and the equal dignity of women. Only small fry really need be kept away since Aladdin finds himself in several potentially frightening situations.

Additionally, the opening scenes of his rags-to-royalty adventure find Aladdin surviving by petty theft and pickpocketing, activities which the script, penned with John August, airily excuses. Though mature teens probably won’t give this pilfering a second thought, Aladdin’s behavior might take some sorting through with younger, more impressionable kids.

Villainous Jafar’s use of sorcery to advance his interests also might be somewhat problematic for little ones. As for his demand, at a late stage in the plot, that the genie make him “the most powerful being in the universe,” sticklers for theological precision will hasten to point out that that position has long since been filled.

The film contains occult material, a benign view of minor wrongdoing and considerable peril. The Catholic News Service classification is A-II — adults and adolescents. The Motion Picture Association of America rating is PG — parental guidance suggested. Some material may not be suitable for children.