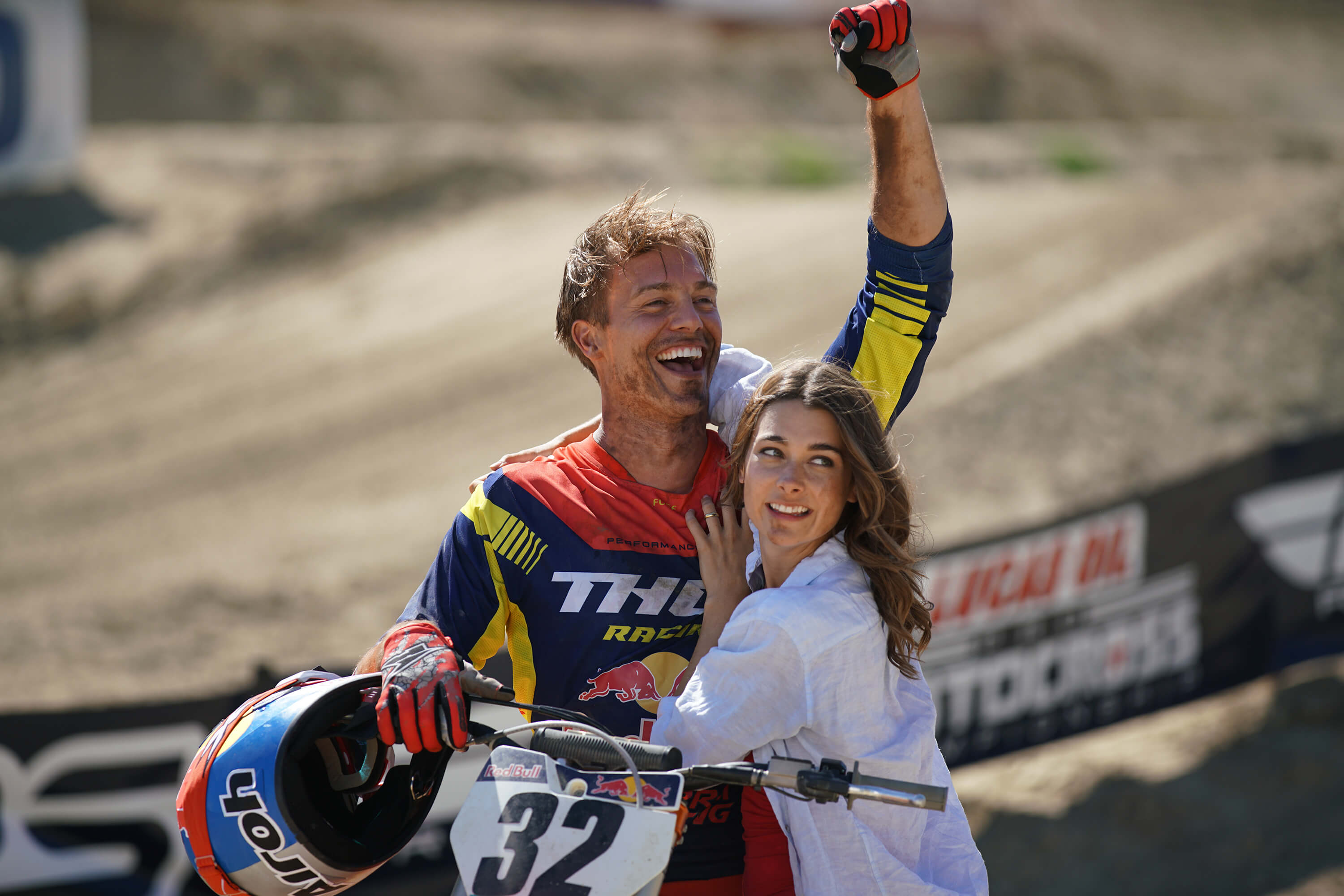 Photo Credit: CNS/Forest Films - Michael Roark and Allison Paige star in a scene from the movie "Bennett's War." The Catholic News Service classification is A-III — adults. The Motion Picture Association of America rating is PG-13 — parents strongly cautioned. Some material may be inappropriate for children under 13.

Loosely based on the case histories of real-life wounded veterans, writer-director Alex Ranarivelo’s endearing sports drama “Bennett’s War” (Forrest) is a portrait of courage in the face of adversity. Well-suited to an audience of grown-ups, the film may also pass muster with the parents of older teens willing to overlook some barracks-style talk in the dialogue.

Victimized by a mine in Afghanistan, where he served with the Army’s Special Operations motorcycle division, Sgt. Marshall Bennett (Michael Roark) is warned that any further damage to his leg might leave him permanently crippled. So he abandons the hope of reviving his impressive pre-deployment reputation on the motocross track, and settles down to a job in the motorcycle repair garage owned by his friend Cyrus (Ali Afshar).

This arrangement satisfies his formidable wife Sophie (Allison Paige) who, as the mother of a newborn infant, doesn’t want her husband confronting any more danger than he’s already taken on in the military. But the call of racing is strong and, when combined with the lure of prize money that could potentially save his father Cal’s (Trace Adkins) failing farm, it becomes irresistible.

As Marshall tries to overcome Sophie’s initially vehement opposition, Ranarivelo presents a pleasing portrait of family life in which spouses try to balance their sometimes-conflicting interests and outlooks. Add to that respect for the armed forces, an easy-to-root-for hero and the occasional religious flourish — Sophie gets the clan back to their once habitual practice of saying grace — and “Bennett’s War” emerges as a crowd pleaser.

On the topic of faith, there’s a slightly odd but mildly amusing exchange in which, surprised to see Iranian-American Cyrus bless himself, Marshall says, “I thought you were a Muslim.” “Only when my grandmother is watching,” Cyrus answers.

Those not addicted to racing may find the competitive sequences pitting Marshall against various rivals a bit lengthy. And the overall pace is somewhat languid. But the movie’s heart is in the right place and its story arc, though it forms a predictable parabola, will leave viewers feeling cheered.

The film contains stylized combat violence, scenes of marital sensuality, a couple of mild oaths and much crude and crass language. The Catholic News Service classification is A-III — adults. The Motion Picture Association of America rating is PG-13 — parents strongly cautioned. Some material may be inappropriate for children under 13.