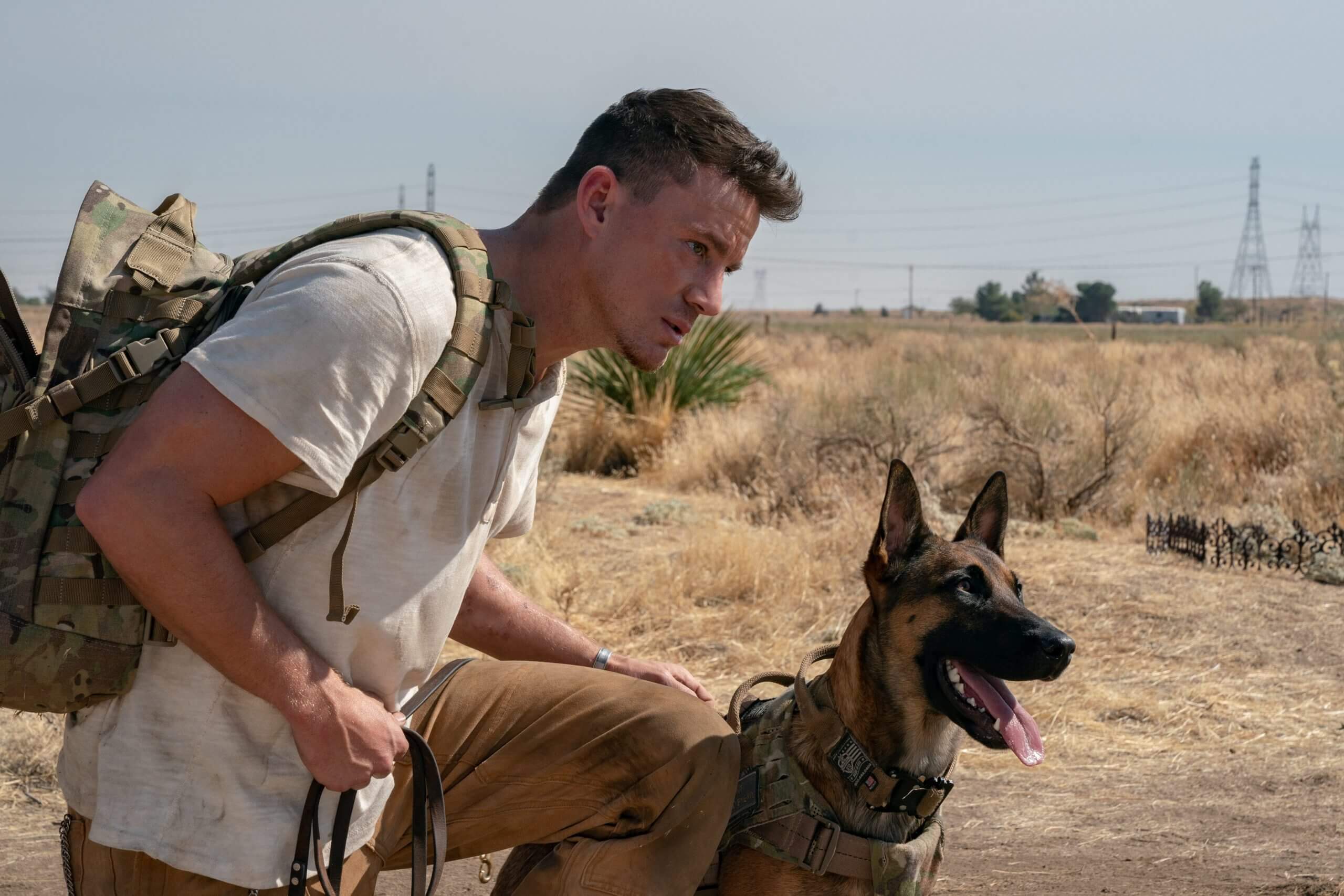 In 2017, Channing Tatum and Reid Carolin were among the executive producers of the HBO documentary “War Dog: A Soldier’s Best Friend.”

The film explored the U.S. military’s post-9/11 deployment of canines trained for use in special operations as well as the deep affection that often developed between these animals and their human partners.

Now, the duo has co-directed a fictional riff on the subject, and the result is the quirky, good-natured — but not family-friendly — road movie “Dog” (MGM). Along with collaborating at the helm, Carolin wrote the script while Tatum stars as ex-Army Ranger Jackson Briggs.

In exchange for the promise of a much-needed professional recommendation from his former commander, Briggs reluctantly agrees to transport Lulu, a formidable Belgian Malinois psychologically scarred by exposure to combat, to the funeral of her handler. Once a popular favorite with Briggs and his comrades, Lulu is now dangerously unstable and must be kept muzzled much of the time.

The duo’s long journey from Tacoma, Washington, to Nogales, Arizona, turns out to be rich in comic incidents. But it also showcases for the audience brain-injured Briggs’ physical suffering and social marginalization.

Naturally, the two wounded veterans bond over time. But, if that process follows a predictable course, it is nonetheless an endearing development to watch, one that gains a little gritty traction from the macho gruffness Briggs displays in his initial determination to show unruly Lulu who’s in charge.

Some of the humorous situations in which Briggs finds himself, however, preclude endorsement of his story for any but grown viewers. These include his hapless efforts to pick up women in a bar, the sudden prospect of bedding down with two practitioners of tantric yoga he comes across and a run-in with a marijuana farmer who takes him for a spy dispatched by rival growers.

A note of farce pervades these interactions, and the upshot is basically that the American West abounds in eccentrics. But Briggs shows a ready willingness to go astray in various ways, if given the opportunity. He’s also not above playing on the public’s sympathy for injured servicemen, though he does so in an essentially harmless, if slyly fraudulent, way.

Oddly, at one point, Briggs makes a pit stop to relieve himself and does so against the base of a roadside sign proclaiming “Thou shalt not kill” — one of a series of such placards presumably containing all Ten Commandments. Is this meant to suggest that his experience on the battlefield has made him indifferent to the taking of human life or that he is alienated from God in general?

If the latter, his thinking is contradicted by the highly generalized piety espoused by Gus (Kevin Nash), a peer he meets in a later scene. Gus is of the few characters in “Dog” we’re clearly meant to take seriously. Still, the earlier moment is an uncomfortable one for believers.

Overall, though, mature moviegoers will likely appreciate this project’s sympathetic depiction of those whose sacrificial patriotic contribution all too often goes unrewarded by society at large. They’ll also probably be inclined to wink at its protagonist’s foibles and moral shortcomings.

The film contains the sensual preliminaries of a potentially aberrant encounter, drug use, brief irreverent behavior, sexual references, a few uses of profanity, about a dozen milder oaths, at least one rough term, much crude and crass language and obscene gestures. The Catholic News Service classification is A-III — adults. The Motion Picture Association rating is PG-13 — parents strongly cautioned. Some material may be inappropriate for children under 13.