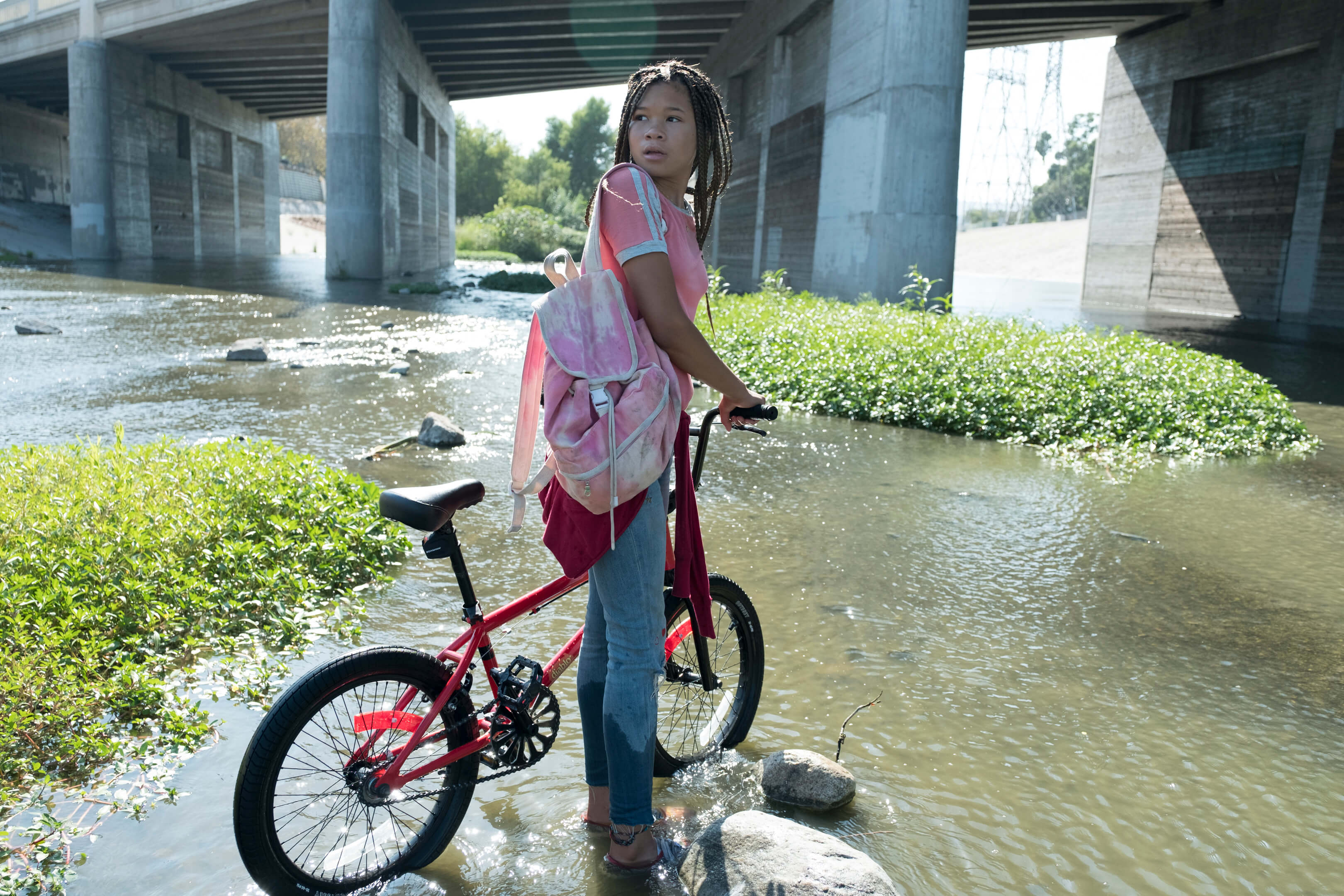 An intriguing premise gets the thriller “Don’t Let Go” (OTL Releasing) off to a strong start. By the time it reaches the finish line, though, director and co-writer (with Drew Daywalt) Jacob Estes’ film has long since been hobbled by implausibility. While its underlying values are sound, moreover, bloody images and vulgar talk suggest this one is best for an older audience.

Police Detective Jack Radcliff (David Oyelowo) shares a close relationship with his niece, Ashley (Storm Reid). Ashley relies on Jack for emotional support because her parents, dad Garret (Brian Tyree Henry) — Jack’s brother, who has dabbled in narcotics in the past but has now ostensibly reformed — and mom Susan (Shinelle Azoroh) are both somewhat neglectful of her.

Jack is understandably devastated when all three family members are slaughtered in what his fellow officers want to label a murder-suicide committed by Garett. Jack, to the contrary, believes Garret returned to his old ways and wound up on the wrong end of a botched drug deal.

Jack’s grief gives way to shock and bewilderment when he receives a phone call from Ashley. Though at first he fears he’s losing his reason, Jack eventually pieces together the fact that Ashley is communicating with him from a different time period — roughly two weeks before her death. So he works with her to prevent the fatal crime from ever taking place.

The central relationship is sweetly portrayed and so long as Estes and Daywalt keep their parallel timelines untangled, things proceed satisfyingly enough. But they unwisely complicate matters to an unmanageable extent with the result that their story becomes unwieldy, confusingly illogical and even harder to swallow than its supernatural setup makes it from the beginning.

The camera does not shy away from the sanguinary aftermath of the slayings, and there’s enough salty dialogue to suggest that only mature viewers should take their chances with “Don’t Let Go.”

The film contains considerable violence and gore, a narcotics theme, a couple of mild oaths as well as a few rough and several crass terms. The Catholic News Service classification is A-III — adults. The Motion Picture Association of America rating is R — restricted. Under 17 requires accompanying parent or adult guardian.

A Find Your Greatness program last month at St. Monica Parish in Barre focused on four habits to [...]