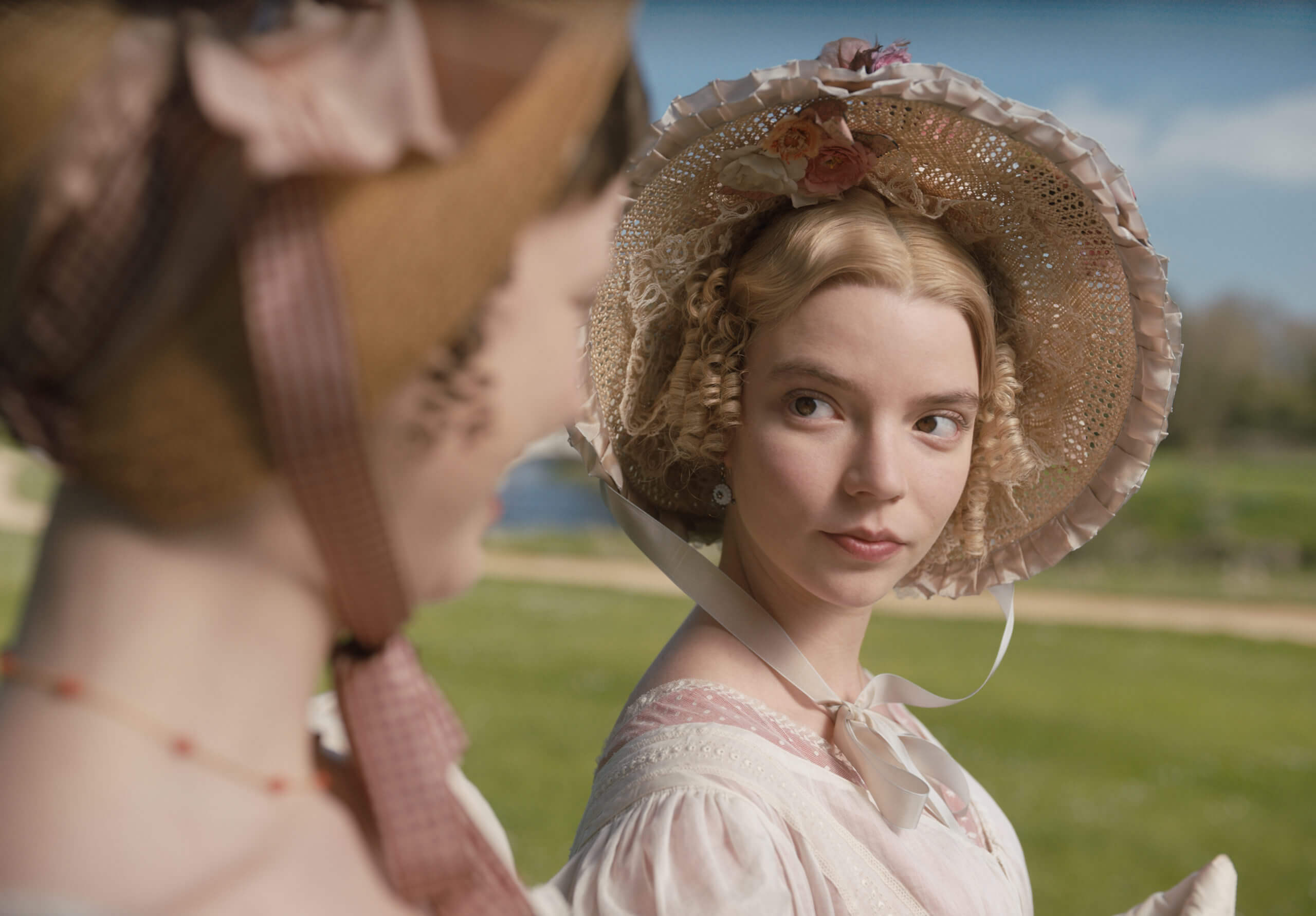 “Emma” (Focus) is a delightful screen version of Jane Austen’s classic novel, lovely to look at and abounding in gentle humor.

Only the momentary introduction of a bit of visual earthiness, presumably meant to balance off the overall painterly elegance of the picture, hinders endorsement for younger viewers. That’s a shame because this is otherwise a perfect entree into Austen’s delicate world.

Comic misunderstandings ensue when the young British gentlewoman of the title, pertly played by Anya Taylor-Joy, tries her hand at matchmaking. The principal object of her ill-judged efforts is her fortuneless friend Harriet Smith (Mia Goth). Born out of wedlock, Harriet is a student at a nearby boarding school in which Emma takes an aristocratic interest.

When she’s not meddling in Harriet’s romantic life, Emma busies herself flirting with Frank Churchill (Callum Turner), a visitor to her small country town. Like many of Emma’s actions, this dalliance provokes the disapproval of George Knightley (Johnny Flynn), an old friend and relative by marriage with whom Emma frequently locks horns.

In keeping with the consummately proper source material, serious emotions are usually conveyed by the subtlest of gestures and passions are generally kept under wraps.

Yet, as though to burst the bubble of refinement, the adaptation introduces one scene in which we see George, from behind, being undressed by his valet and another in which Emma, seen in profile, lifts the back of her skirts to warm her bare posterior in front of a fireplace. While far from racy, and probably true to the cruder flip side of early 19th-century life, these moments may give some parents pause.

Still, this is, overall, such a toothsome treat that it might well inspire an interest in Austen’s immortal body of work. So, on balance, “Emma” registers as possibly acceptable for older teens.

The film contains fleeting rear male and partial female nudity in a nonsexual contest, an illegitimacy theme and one mild oath. The Catholic News Service classification is A-III — adults. The Motion Picture Association rating is PG — parental guidance suggested. Some material may not be suitable for children.