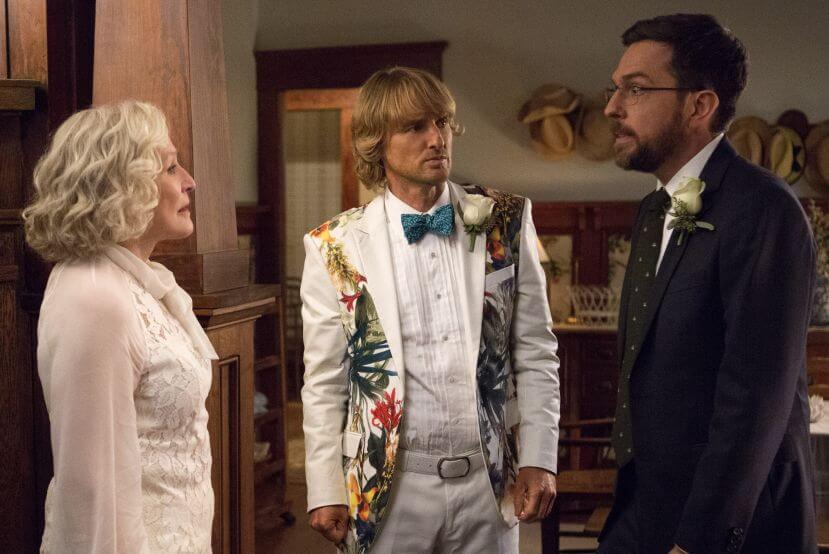 That historical pun aside, though, there’s precious little that’s revolutionary about the film that surrounds this duo.

Reluctantly reunited by the second wedding of their supposedly widowed mother, Helen (Glenn Close), bored-with-his-life proctologist Peter and carefree beach bum Kyle are in for a surprise. The man Helen long ago told them was their deceased father was, it seems, just a friend of hers.

So their real dad may, in fact, still be alive — though Helen’s promiscuous past makes it impossible for her to identify for sure which of many candidates he might be. This discovery launches the siblings on a road trip during which they visit a series of contenders, the first being famed football star Terry Bradshaw, playing himself.

As Terry and the lads toss the old pigskin around on a Florida beach, director Lawrence Sher’s formulaic feature debut quickly sinks into a stupor from which only an energetic turn from Katt Williams as a hitchhiker can it briefly emerge.

Predictable developments include, most obviously, the gradual repair of the breach between the temperamentally diverse brothers. But subplots concerning Kyle’s money troubles and divorced Peter’s efforts to get back on track romantically are equally easy to anticipate.

Kyle’s interest in serving as Peter’s “wingman” by facilitating a casual encounter is symptomatic of the fact that the movie’s distasteful premise is matched by a worm’s-eye view of human sexuality throughout. The resolving plot twist can, however, be seen as vaguely pro-life.

The film contains pervasive sexual and some scatological humor, an incest theme, a premarital bedroom scene, about a dozen uses of profanity, a couple of milder oaths and constant rough and crude language.