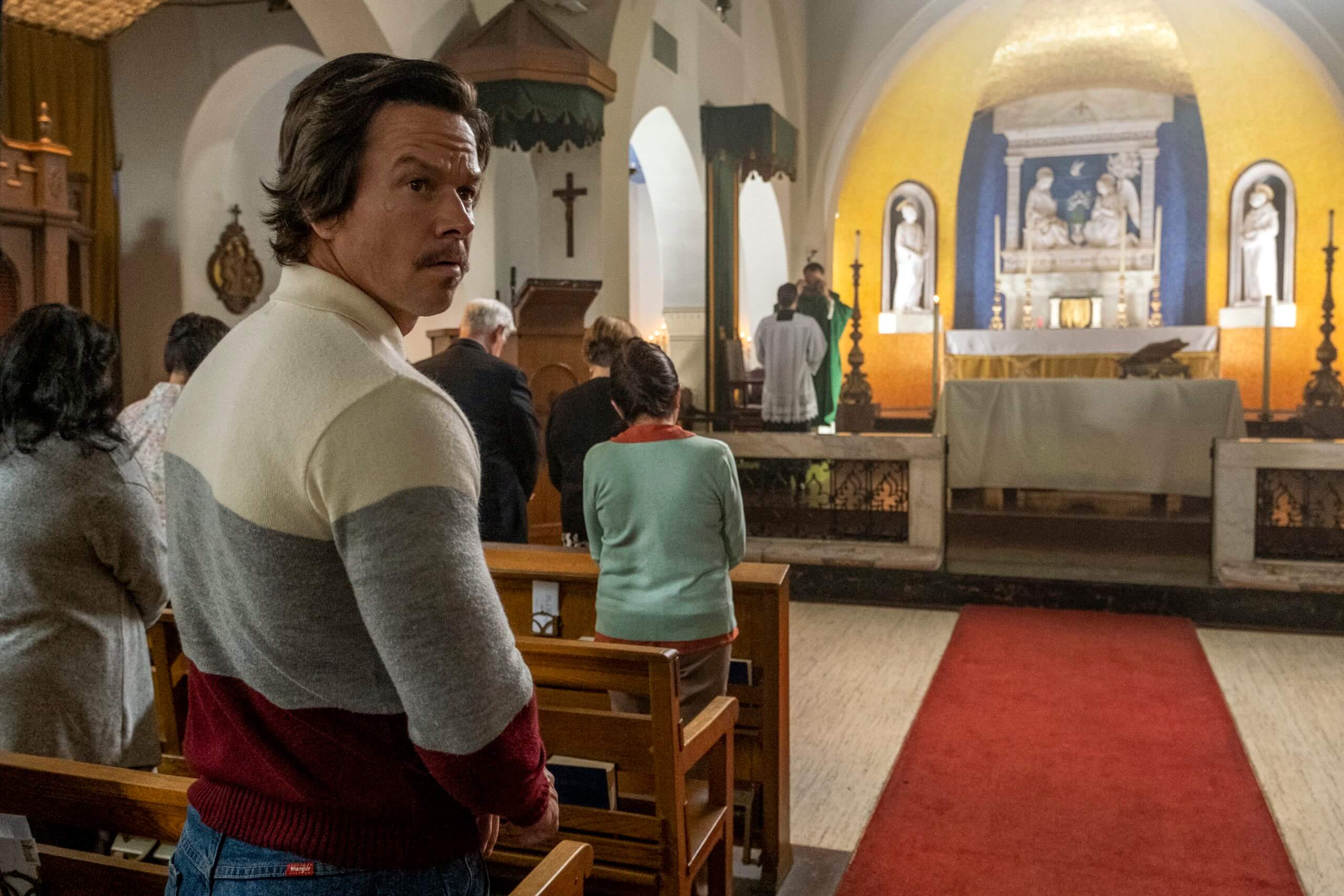 While deeply moving, however, this dramatization of the life of Stuart Long (Mark Wahlberg) is also hard-edged, particularly in terms of its dialogue.

Yet that’s part of the point. The movie is fundamentally about God’s ability to use seemingly unpromising people to do His will, in this case a once-boozy ex-boxer.

With the continuance of his somewhat successful career in the ring rendered too dangerous by a medical condition, Stuart moves to Los Angeles and tries to reinvent himself as a Hollywood star. Instead, he winds up as a directionless supermarket clerk.

But things begin to turn around for him when he falls at first sight for Carmen (Teresa Ruiz), a devout CCD teacher. Determined to win her over, he goes through the motions of becoming a Catholic, though an awkward confession and other interactions show that he has yet to be won over in reality.

All that changes after a motorcycle accident and a close brush with death during which he experiences the presence of the Virgin Mary. The result is not only a genuine conversion but a prayer-inspired realization that God is calling him to the priesthood.

Predictably, the news of this radical change in direction proves crushing to Carmen. It’s also a source of consternation to his emotionally abusive father, Bill (Mel Gibson), an implacable atheist, and his caring but equally unbelieving mother, Kathleen (Jacki Weaver).

A tribute to a future cleric who showed dogged determination and grit in the face of a series of apparently insurmountable obstacles, writer-director Rosalind Ross’s profile also showcases Stuart’s unconventional but effective approach to preaching the Gospel. And Wahlberg brings his striking, memorable character vividly to life, skillfully portraying Stuart’s odd combination of crudity and idealism.

Grown viewers will easily get past the earthy language with which the script is filled to appreciate the picture’s faith-inspiring core. But the persistent vulgarity, while justified in context, may prove more problematic for younger movie fans who might otherwise benefit from this portrait of a vocation.

Still, at least some parents may feel that the credibility lent to Stuart’s struggles by the saltiness of his starting point outweighs what would normally be objectionable elements of speech and behavior. If the outcome of that calculation were either increased zeal or, in particular, openness to journeying down the path Stuart himself followed, his hard-won spiritual triumph might be replicated in real life.