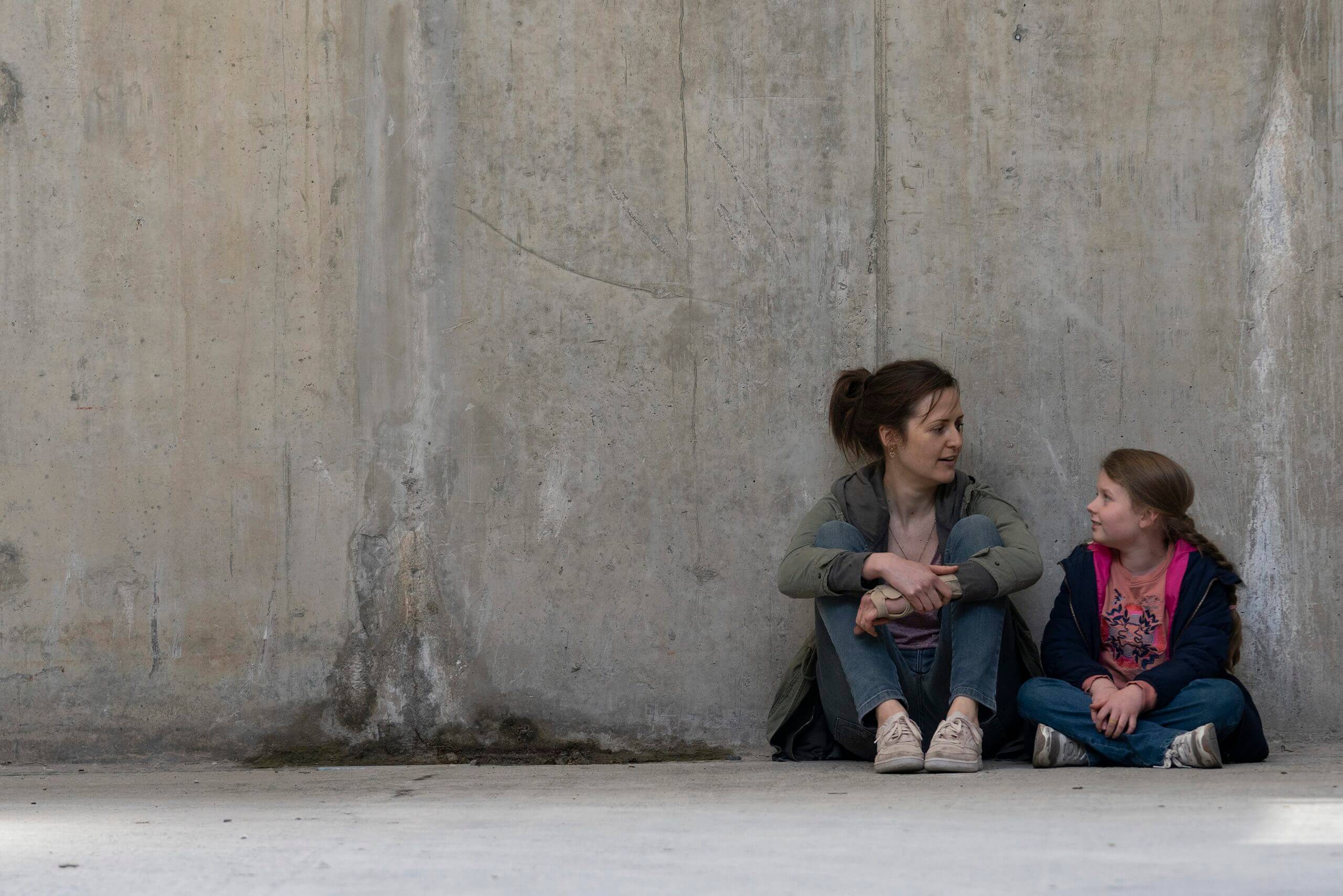 A miracle story about St. Brigid proves pivotal to the emotionally complex Irish drama “Herself” (Amazon).

It’s one of several details in director Phyllida Lloyd’s powerful profile in endurance that faithful and pro-life movie fans will appreciate.

Potential patrons should be aware, however, that repeated depictions of a harrowing physical assault, though dramatically justified, make the film challenging material even for grown-ups.

Victimized by that attack is working-class Dublin wife and mother Sandra (Clare Dunne, who also co-wrote the script with Malcolm Campbell). In its aftermath, she succeeds in escaping the perpetrator, her abusive husband, Gary (Ian Lloyd Anderson). But Sandra’s struggles, it turns out, are just beginning.

Dissatisfied with life in the cramped government subsidized hotel room assigned to her and her two young daughters, Molly (Molly McCann) and Emma (Ruby Rose O’Hara), Sandra soon discovers that the prospect of obtaining better housing by working with the bureaucracy is remote. So she strikes on the idea of building her own modest home.

The thought is originally kindled by a video Sandra comes across on the internet. But she’s also inspired by an incident in the life of the Emerald Isle’s female patron saint recounted to her by Emma.

According to this well-known legend, St. Brigid asked the King of Leinster for land on which to establish a monastery. When the monarch proved reluctant, she restricted her request to only as much ground as her cloak could cover. The sovereign agreed to this apparent trifle, only to see the holy woman’s initially small garment miraculously expand in all directions.

Sandra’s ambitious project gets a boost from Peggy (Harriet Walter), the affluent doctor for whom she works as a housekeeper, as did her mother before her. Based on her close friendship with Sandra’s mom, Peggy, whose gruff exterior disguises a kind heart, volunteers to give Sandra part of her suburban property and lend her the capital she’ll need.

Others help too, most prominently building contractor Aido (Conleth Hill). At first, Aido discourages Sandra, but he finds his outlook transformed by a gesture on the part of his grown son Francis (Daniel Ryan), a lad whose generous nature is unmarred by the Down syndrome to which he’s subject.

Thus the tale of Sandra’s aspirations also becomes one of infectious community spirit as the proceedings take on the tone of an old-fashioned barn raising. This is not the kind of crowd-pleasing movie, however, in which a happy ending is achieved with unrealistic ease.

The film contains harsh scenes of spousal abuse, several uses of profanity, about a half-dozen milder oaths as well as much rough and occasional crude and crass language. The Catholic News Service classification is A-III — adults. The Motion Picture Association rating is R — restricted. Under 17 requires accompanying parent or adult guardian.