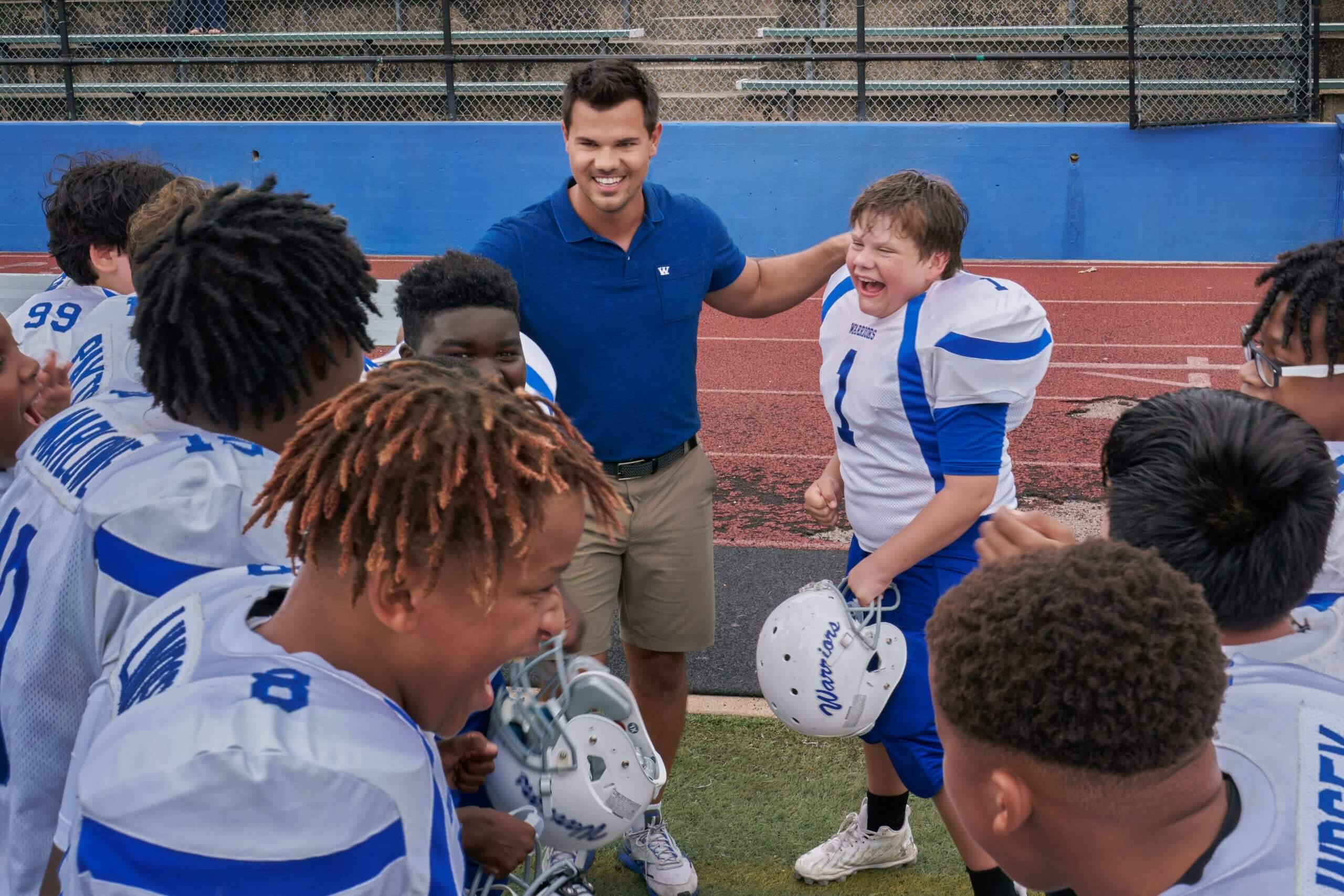 Unfortunately, under the direction of Charles and Daniel Kinnane, lame humor mars what might have been a good-hearted drama about family reconciliation.

A climactic sequence, moreover, features visuals that register as more distasteful than amusing. Still, overall, the film is acceptable for teens and their elders, a bit of less-than-polite dialogue notwithstanding.

In February 2010, Payton led his squad to their first Super Bowl victory. Two years later, as early scenes show us, he was in the news for a very different reason.

An investigation by the NFL had implicated Payton in a scandal known as Bountygate, essentially a scheme to reward his players for injuring their opponents on the field. As a result, Payton was suspended from his job for the entire 2012 season.

At a loose end, Payton temporarily relocates to his home town of Argyle, Texas, a suburb of Fort Worth where his ex-wife, Beth (Jackie Sandler), and preteen son Connor (Tait Blum) still live. Finding Connor alienated by his neglect, previously work-obsessed Payton tries to bond with the lad by becoming the offensive coordinator of the Warriors, the Pop Warner football team for which Connor plays.

Naturally, he soon overshadows the other members of the coaching staff, made up of amiable skipper Troy Lambert (Taylor Lautner) and his buffoonish, perpetually tippling number two, Mitch Bizone (Gary Valentine). Payton also initially allows the desire to win to crowd out the more modest goal of having fun.

The movie’s serious moments are much superior to the jokes in the Chris Titone and Keith Blum screenplay. A range of recurring gags about a noisy hotel room Jacuzzi, the New Age-y mannerisms of Connor’s stepdad Jamie (Rob Schneider) and the past adventures of the Warriors’ bus driver, Gus (Lavell Crawford), fall flat far more often than they succeed, leaving viewers in the lurch.

The script’s points about prioritizing parenting over professional aims, the importance of loyal friendship such as that between Connor and the Warriors’ woefully underperforming placekicker, Harlan (Manny Magnus), and the need to let everyone — even Harlan — participate, are well-taken. But they would be more effective without the hollow jibes by which they’re surrounded.

Surprisingly, the unappealing scenes referenced above, which showcase a barrage of projectile vomiting, do lead on to a genuinely ironic twist. But, as with much else in “Home Team,” there’s a penalty to be paid for every yard gained.

The film contains graphic gross-out humor, a few mild oaths and several crass expressions. The Catholic News Service classification is A-II — adults and adolescents. The Motion Picture Association rating is PG — parental guidance suggested. Some material may not be suitable for children.