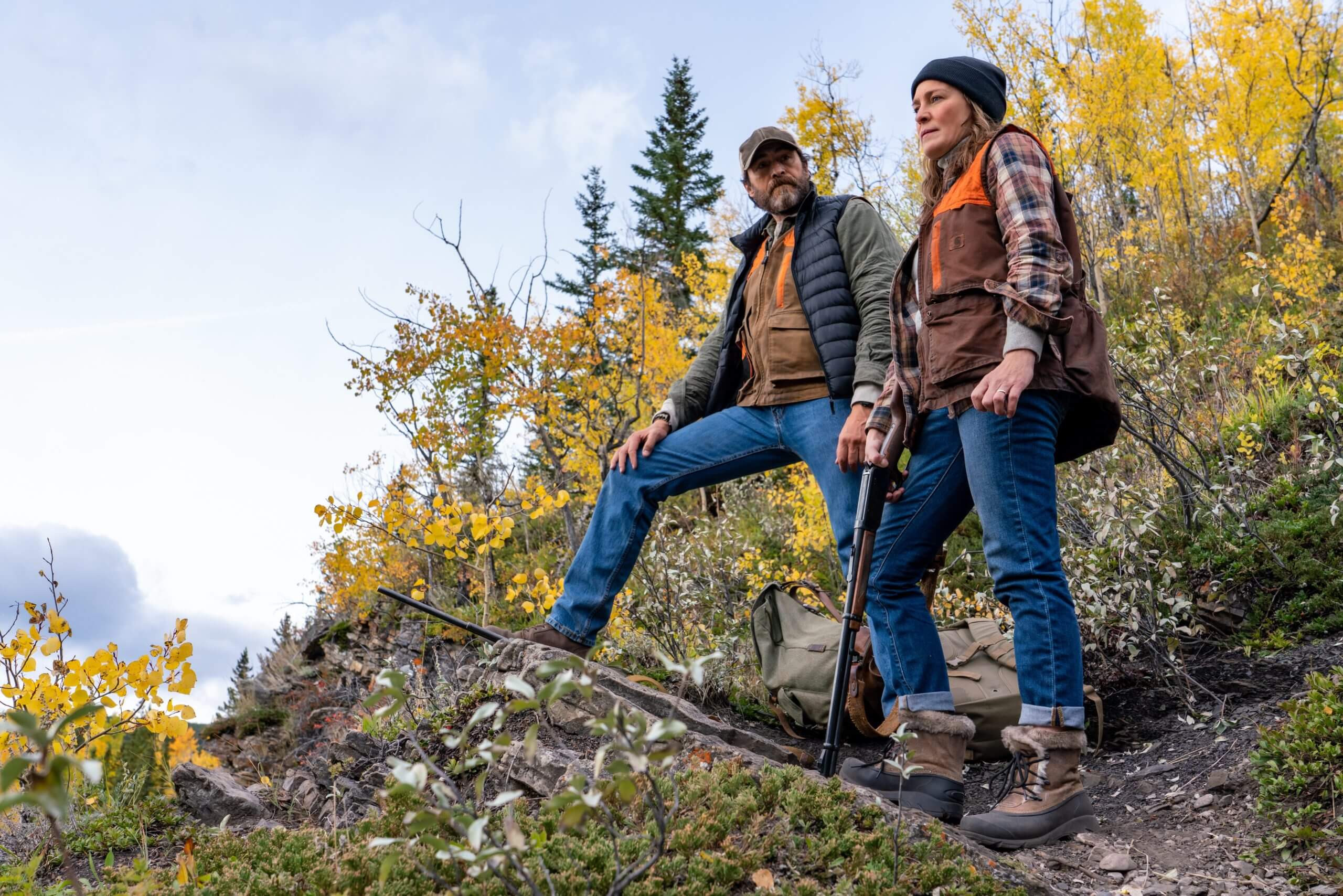 Although it ultimately celebrates spiritual renewal, the meditative drama “Land” (Focus) first takes viewers through an experience of physical and emotional purgation on the part of its protagonist that, however valuable it may be to witness, is not easy to watch.

Rather than feel-good entertainment, accordingly, this is a film of authentic emotions, humane values and serious intent.

Making her feature debut as a director, Robin Wright also plays that main character, Edee Holzer. Paralyzed by grief over the loss of her husband and young son — the circumstances of whose death are not revealed until the last moments of the movie — Edee resolves to leave the world behind and become a hermit in a small, isolated cabin amid the mountains of Wyoming.

Since her plan includes depriving herself of a car or any other form of transport, Edee must learn to hunt and fish to survive. But, as the store of canned goods on which she initially relies for food dwindles, she quickly discovers just how poorly prepared she is for the rigors of life in the wilderness.

After a severe crisis, Edee gains the help and instruction of Miguel Borras (Demian Bichir), a local man who devotes himself to providing clean water to the Native American residents of a nearby reservation. Despite her continuing determination to remain cut off from other people, Edee gradually forms a bond of friendship with Miguel that proves a source of healing for her.

Wright sets the thoughtful mood with long periods of silence. And cinematographer Bobby Bukowski enchants with sweeping views of a magnificent, unspoiled landscape that takes on a different, but equally beautiful, aspect with each succeeding season.

Edee’s struggles, which at one point find her close to taking her own life, are too grim for little ones, but, as scripted by Jesse Chatham and Erin Digman, her story is sufficiently restrained in its brief portrayal of married sexuality and in its vocabulary to make “Land” probably an acceptable choice for mature adolescents.

Like the adults in its audience, they’ll profit from this tale of endurance, re-connection and rebirth.

The film contains a suicide theme, nongraphic marital sensuality, brief partial nudity, animal gore, at least one use of profanity and a few milder oaths. The Catholic News Service classification is A-III — adults. The Motion Picture Association rating is PG-13 — parents strongly cautioned. Some material may be inappropriate for children under 13.