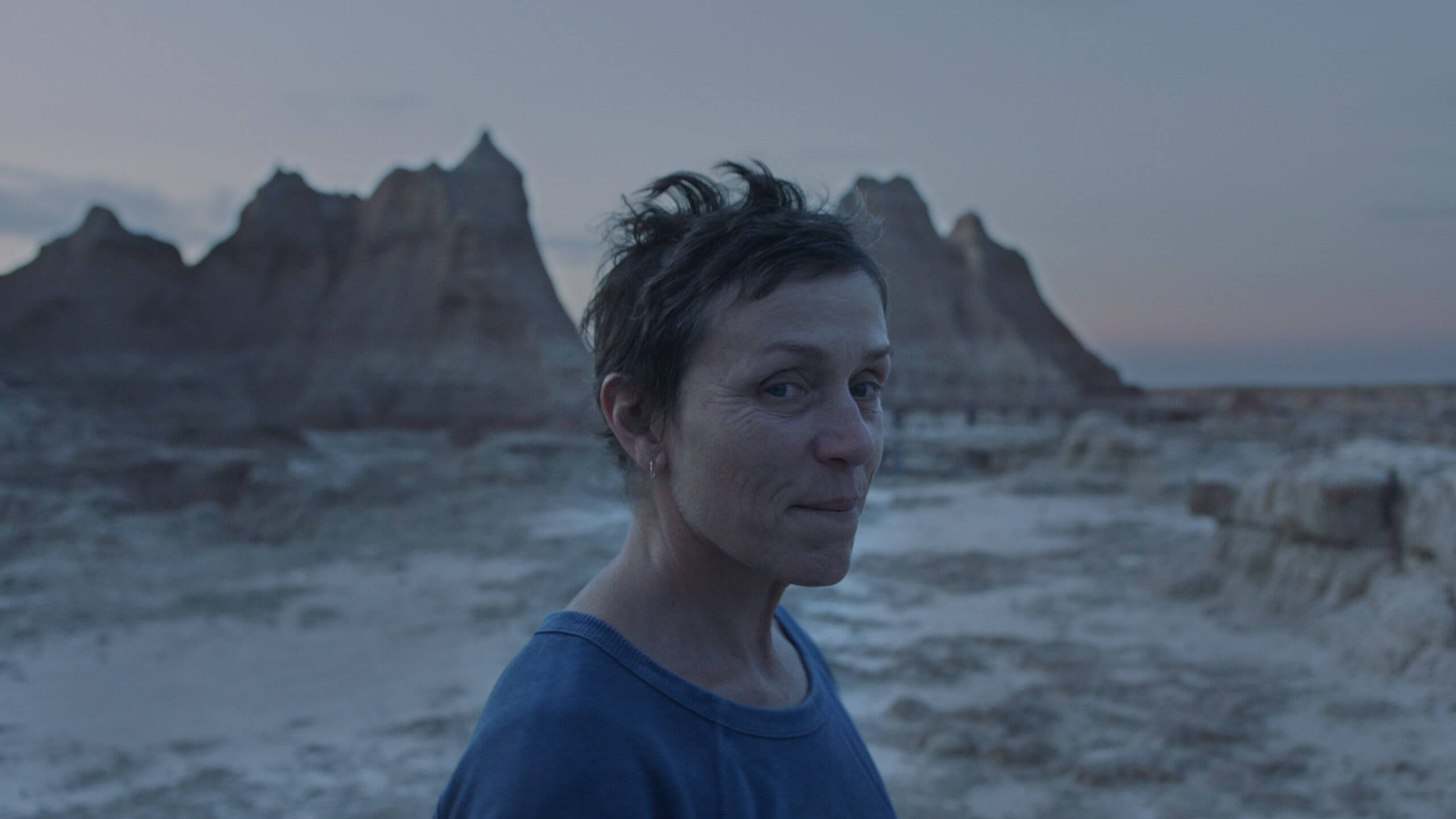 In 1940, director John Ford adapted John Steinbeck’s Pulitzer Prize-winning novel of the year before into the classic film “The Grapes of Wrath.”

Both book and picture distilled the miseries of the Dust Bowl and of the Great Depression generally into a profoundly moving portrait of uprooted Oklahoma farmers on the move to what they hoped would be a better life in California.

Almost 80 years later, journalist Jessica Bruder published “Nomadland: Surviving America in the 21st Century,” her 2017 study of a subculture of economically displaced wanderers striving to evade economic ruin by staying on the go.

Like the Joad family of Steinbeck’s tale, participants in this lifestyle — who tend to be older and predominantly female — are the victims of forces beyond their control. Unlike that imaginary clan, however, they have no promised land for their destination, only the venue of the next temporary, low-wage job they might be able to obtain.

With “Nomadland” (Searchlight), writer-director Chloe Zhao blends real-life and fictional ingredients in what might be called a loose riff on — rather than a strict screen version of — Bruder’s work. The result is a poignant drama pervaded by a sense of loneliness.

In a bravura performance,

plays Fern, a working-class widow from a failed factory town who takes to the road in a cramped, dilapidated mobile home, searching for seasonal employment. Along the way, Fern is gradually absorbed into the community Bruder examined, becoming a pal and disciple of one of its most prominent leaders, author and YouTube contributor Bob Wells.

Along with Wells, Fern forms friendships with other sojourners playing themselves, including Charlene Swankie and Linda May. But she resists possible romance with fellow migrant Dave (David Strathairn) as well as a couple of opportunities to abandon her travels and settle down in one place.

In chronicling Fern’s story, Zhao contrasts the grim industrial landscape through which she often passes with the wonders of the natural world by which she’s occasionally refreshed. Zhao also highlights how momentary encounters and emotional connection help to relieve the cycle of menial labor and anxiety for the future her vulnerable but resilient protagonist endures.

She also emphasizes the spiritual lineage all the travelers she portrays share with the pioneers of old.

McDormand, meanwhile, depicts the deepest emotions — Fern’s grief for her husband, her fear of the damage Dave might unintentionally wreak in her life — with the subtlest gestures and expressions. Awkward in manner, but with an endearing temperament, Fern’s persona lingers in the memory.

“Nomadland” includes elements — including a somewhat ambivalent treatment of so-called mercy killing — that, although delicately handled, would normally bar younger viewership. Parents of older teens will have to weigh whether these aspects of the movie should be overlooked in favor of the social insights and understanding of human nature and relationships it so effectively conveys.

The film contains brief full and partial female nudity in nonsexual contexts, mature themes, including suicide and euthanasia, fleeting scatological material, at least one profanity and a milder oath as well as a single crude and a couple of crass terms. The Catholic News Service classification is A-III — adults. The Motion Picture Association rating is R — restricted. Under 17 requires accompanying parent or adult guardian.