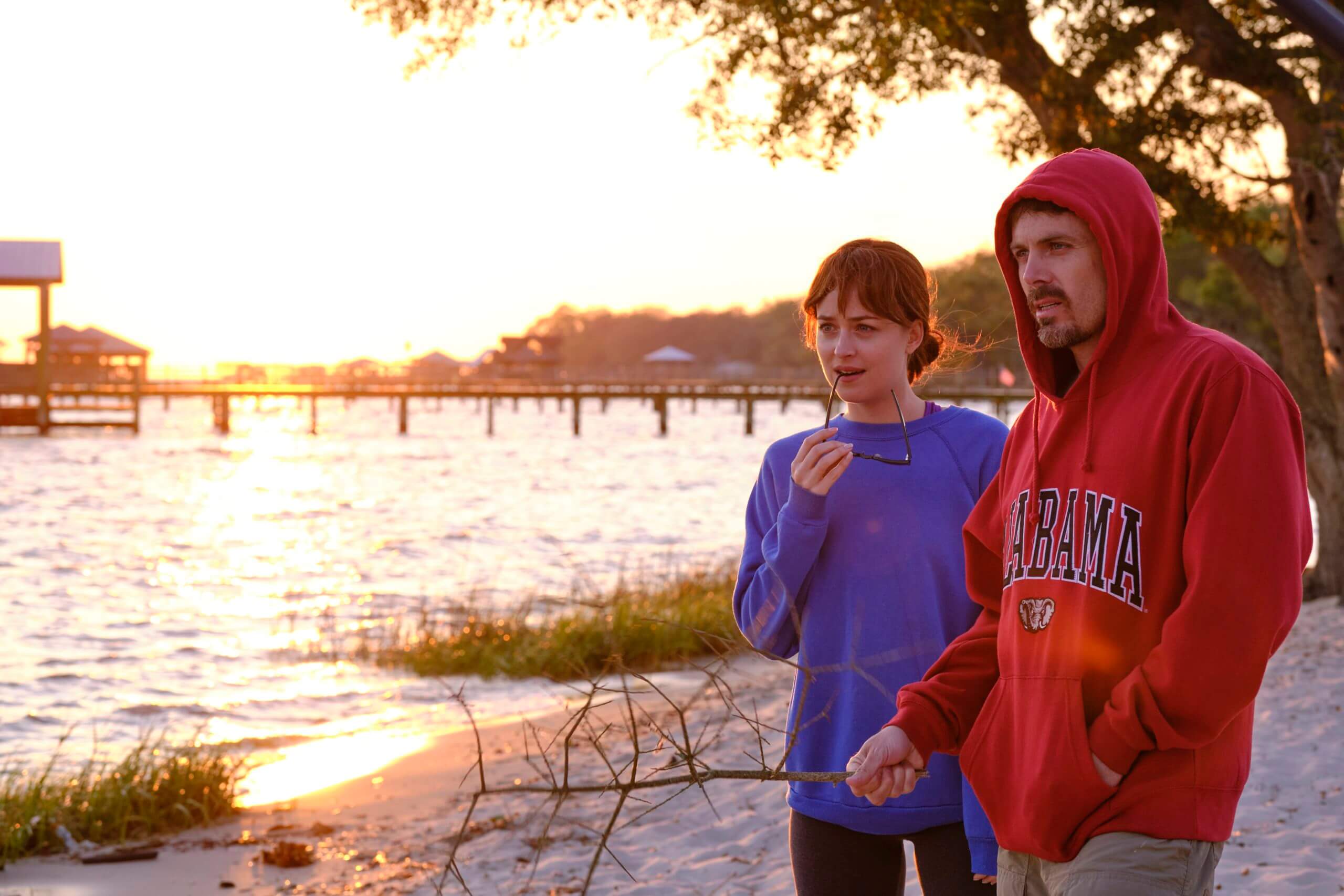 Photo Credit: CNS/Claire Folger, Gravitas Ventures - Dakota Johnson and Casey Affleck star in a scene from the movie "Our Friend."

In 2015, Esquire magazine published Matthew Teague’s article “The Friend: Love Is Not a Big Enough Word.”

In it, the globetrotting journalist focused on a personal story far removed from his usual international beat, recounting the unwavering and selfless support he and his late wife, Nicole, had received, during her terminal illness, from the best buddy they shared in common, Dane Faucheux.

Under the slightly altered title “Our Friend” (Gravitas Ventures), Teague’s award-winning piece comes to the screen as an emotionally wrenching but ultimately uplifting drama.

Director Gabriela Cowperthwaite and screenwriter Brad Ingelsby treat tragic events in a spare, matter-of-fact manner that magnifies their impact on viewers. This is matched by restrained performances from the gifted cast: Casey Affleck as Matthew, Dakota Johnson playing Nicole and Jason Segel in the role of Dane.

As Dane moves in with the couple and helps to care for their two daughters, Molly (Isabella Kai Rice) and Evie (Violet McGraw), the film celebrates devotion expressed in small gestures such as doing the laundry or making sandwiches. Through Dane, an apparently unambitious sporting goods salesman, the picture also sends the message that an individual’s worth is not to be measured by professional success alone.

These values, together with the presentation of the Teagues’ resilient marital bond and a sequence that takes a strong stance against suicide, help to compensate for the complete, though unspoken, absence of faith in an afterlife among the characters.

The real-life Nicole was, apparently, deeply religious, but this is nowhere in evidence. As depicted here, for instance, her memorial service resembles a subdued cocktail party.

The nonlinear storytelling, which lands here and there over more than a decade, feels awkward and somewhat distracting. This artistic defect doesn’t, however, prevent “Our Friend” from presenting the grown audience for whom it’s suitable with much to admire — and imitate.

The film contains an adultery theme, mature references, including to homosexuality and cohabitation, about a half-dozen uses of profanity, twice as many milder oaths and rough terms as well as considerable crude and crass language. The Catholic News Service classification is A-III — adults. The Motion Picture Association rating is R — restricted. Under 17 requires accompanying parent or adult guardian.