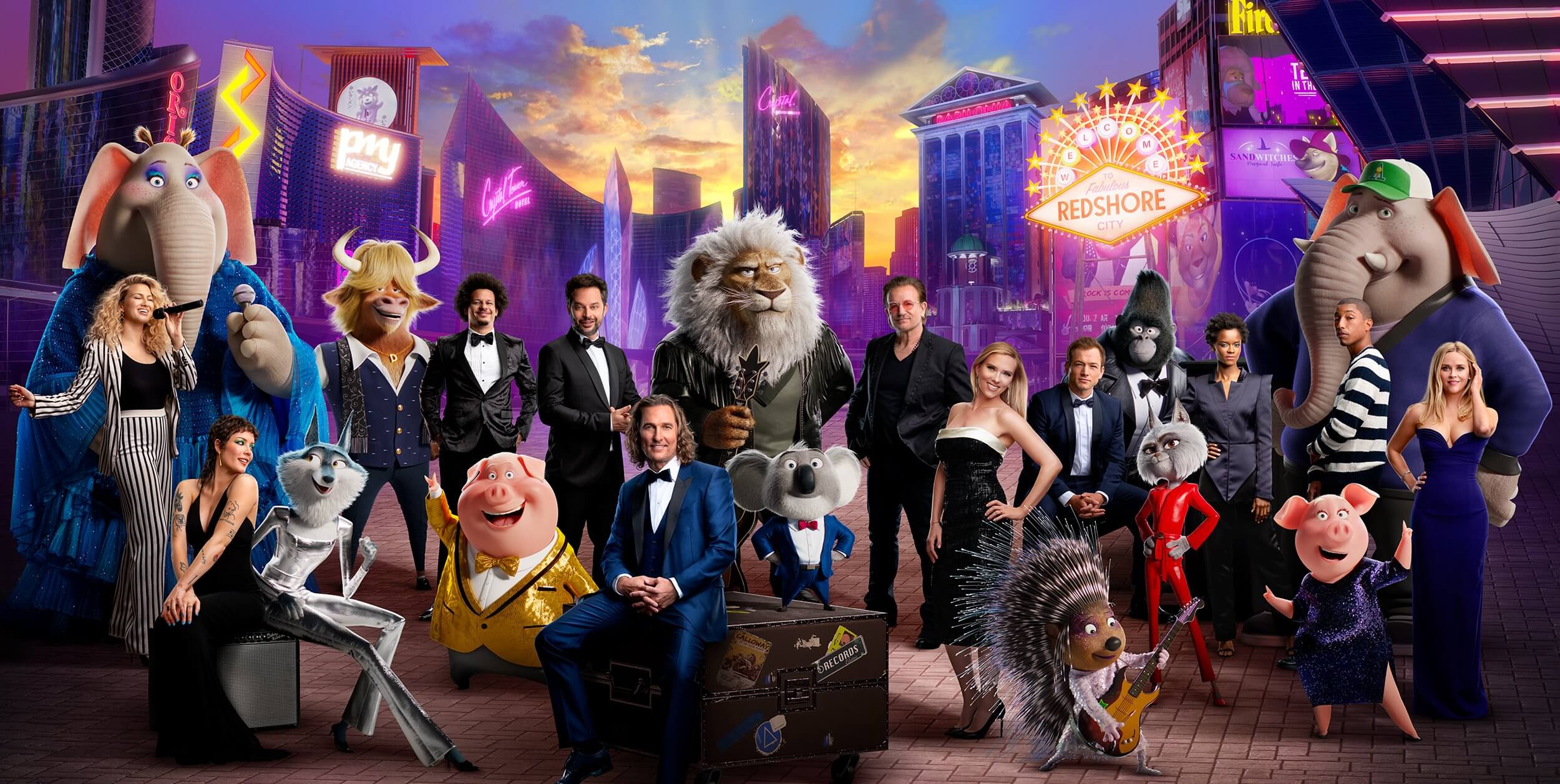 Photo Credit: CNS/Universal - This is an image for the movie "Sing 2."

As they work to fulfill their ambition, some of the dangers through which they pass are too scary for little kids. Fueled by familiar tunes and buoyed by enjoyable humor, though, their story is on target for most others.

Though crushingly dismissed by snooty canine talent scout Suki (voice of Chelsea Peretti), Buster gets encouragement from established sheep singer Nana (voice of Jennifer Saunders). “Anyone who sets out to follow their dreams is bound to face a dip in the canal,” she tells him.

The proposed show, Buster assures Jimmy, will feature legendary lion rock star Clay Calloway (voice of Bono, in his acting debut). The hitch? Since the death of his wife 15 years ago, Clay has been one of the world’s most famous recluses.

The wild scramble that ensues is thought-provoking as well as diverting. The tone of Jennings’ script is a bit darker than that of his previous screenplay. Its treatment of such topics as self-doubt and the ability to deal with setbacks — as well as bullying, privilege and popularity — may especially resonate with teens. Themes of empathy, honesty and the means of coping with grief are also highlighted.

“Sing 2” is mostly a jukebox musical. Thus the cast belts out or croons covers of tunes by Prince, Elton John, Dionne Warwick, Coldplay and, of course, U2 — among others. But the soundtrack also includes an original Bono composition, written specifically for the movie, “Your Song Saved My Life.”

The film contains characters in peril and brief mature references. The Catholic News Service classification is A-II — adults and adolescents. The Motion Picture Association rating is PG — parental guidance suggested. Some material may not be suitable for children.