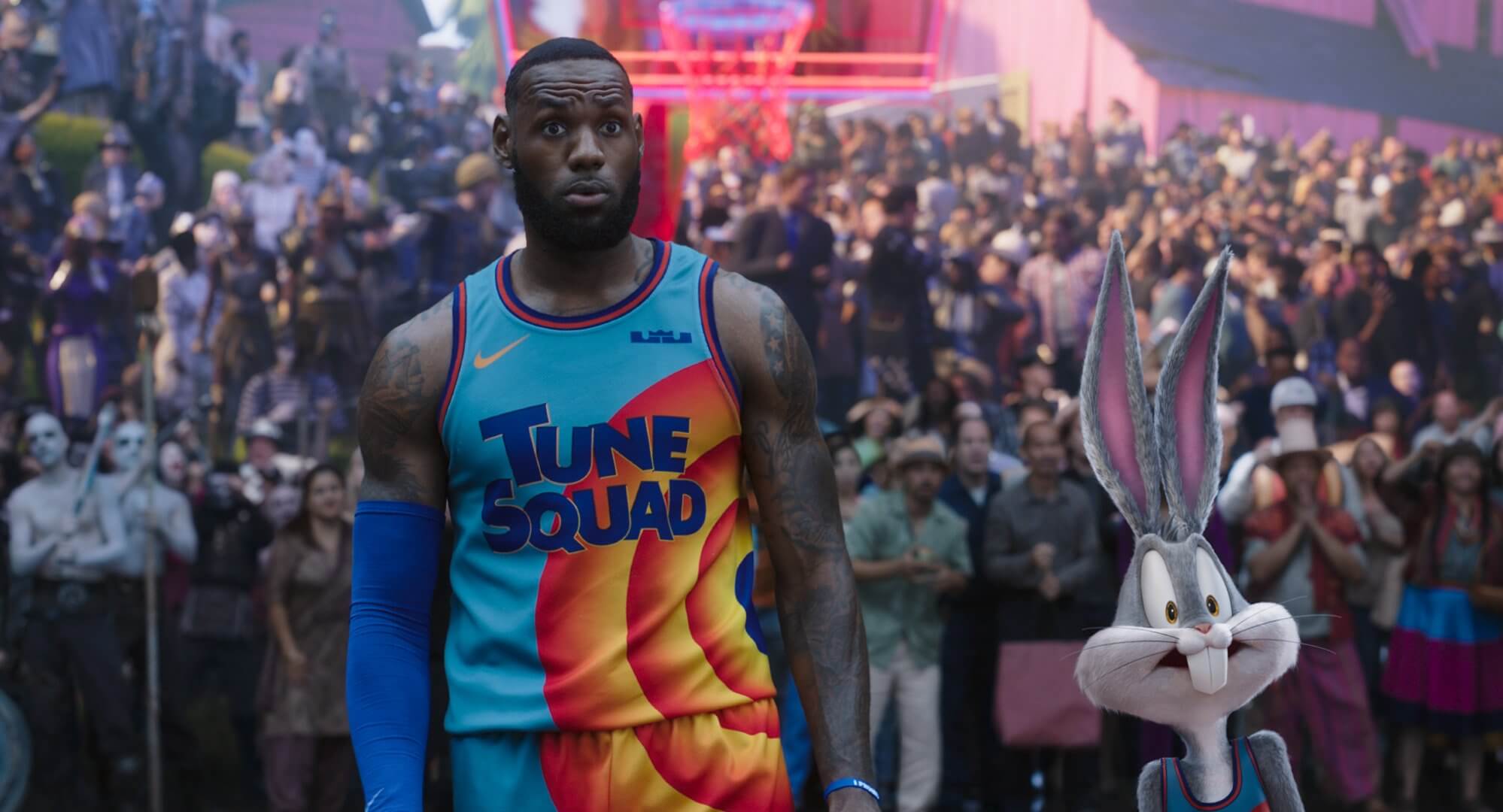 Whatever fun might have been had from remixing the original’s blend of live action and animation as well as of basketball and the Looney Tunes gang of cartoon characters is thus lost amid the grinding gears of bad writing and an irritatingly smug outlook.

This time out, LeBron James plays himself, as Michael Jordan did a quarter of a century ago. Don Cheadle, meanwhile, portrays Al G. Rhythm, the artificial intelligence that controls the Warner Studios’ “server-verse.”

Al proposes a plan to feature James digitally in a wide array of media projects, an idea the hoops star promptly rejects. Resentful at this rebuff, Al concocts a scheme to absorb both James and his young son, Dom (Cedric Joe), into the virtual realm he rules. Once they’re under his control, he’ll exploit a temporary rift between the two to pit them against each other on the court.

In short order, James finds himself leading a squad of well-meaning misfits made up of Bugs Bunny (voice of Jeff Bergman) and his friends, while Dom heads a far more formidable ensemble. From that point on, the underdog story unfolds with perfect predictability.

Worthy, though obvious, messages are ham-handedly driven home amid frantic but harmless mayhem. They include the importance of teamwork, the value of altruistic dedication to the common good and the nature of effective parenting, including the need to give youngsters the freedom to pursue their own goals; Dom wants to attend a computer programming seminar instead of basketball camp.

A few unsuitable words in the script, credited to six screenwriters, make this annoyingly self-referential follow-up unfit for little kids. That’s a shame because they might be the very moviegoers most oblivious to the picture’s obvious flaws and therefore the most likely to enjoy it.

As for grown-ups, they’ll need to be either diehard LeBron fans or Looney Tunes completists to show a similar degree of indulgence. Those belonging to neither group will instead be left asking, “Is that all, folks?”

The film contains cartoonish violence and a few mild oaths. The Catholic News Service classification is A-II — adults and adolescents. The Motion Picture Association rating is PG — parental guidance suggested. Some material may not be suitable for children.