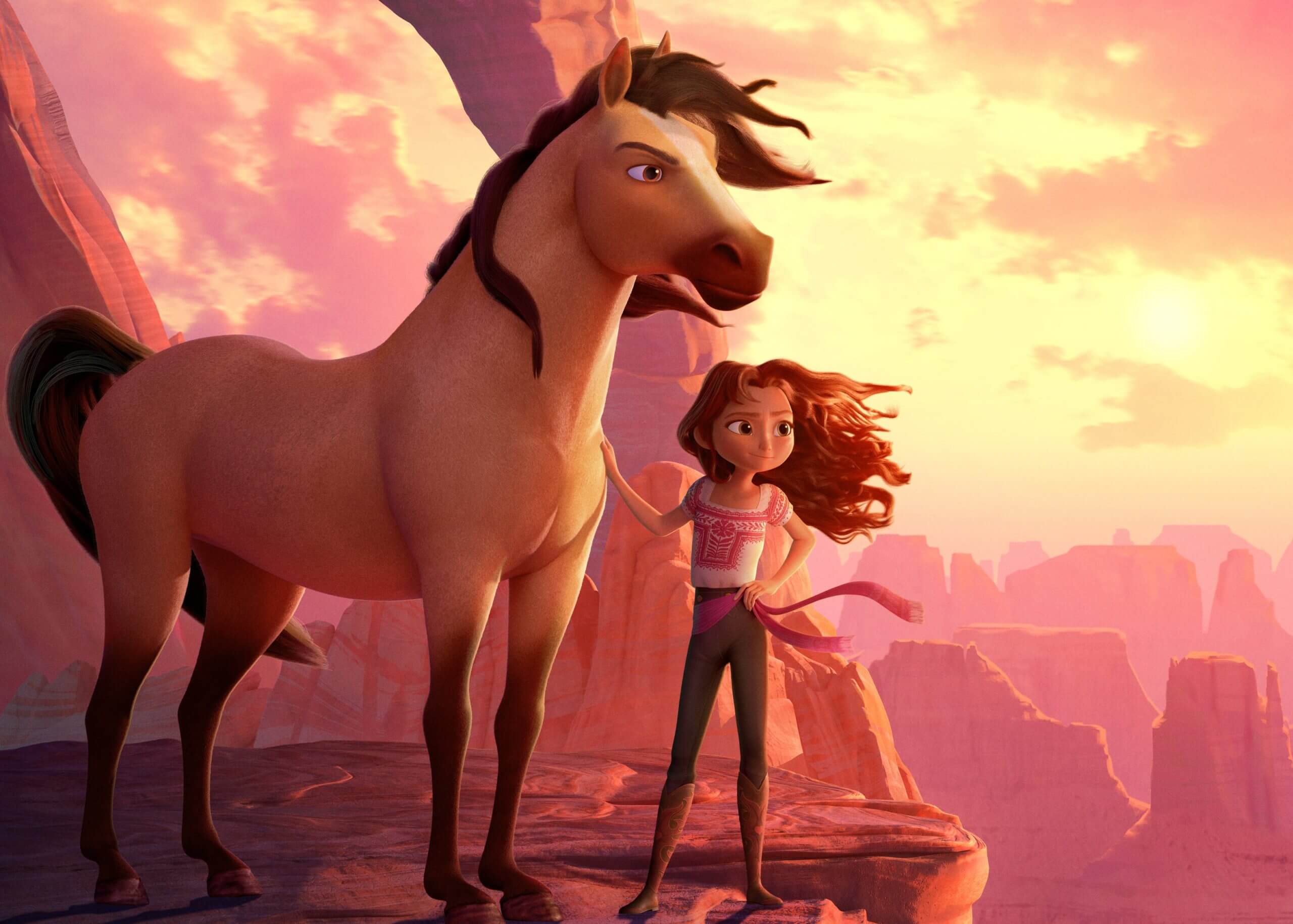 Photo Credit: CNS/Universal - This is the movie poster for "Spirit Untamed."

Pedigree is important where horses are concerned, and the equine-themed animated adventure “Spirit Untamed” (Universal) comes with a multimedia lineage.

It descends both from the 2002 film “Spirit: Stallion of the Cimarron” and the ongoing Netflix series “Spirit Riding Free,” which first aired in 2017.

Visually stunning, the new feature — directed by Elaine Bogan with co-director Ennio Torresan Jr. — is also family-friendly. It can, accordingly, be recommended for all but small fry, who might find its action scenes too frightening.

Like its predecessors, “Spirit Untamed” takes viewers back to the era when wild horses still roamed the West. This time, however, the humans who interact with them experience healing from their own hurts even as they try to rescue the majestic creatures from a set of bad-guy wranglers.

Young Lucky Prescott (voice of Isabela Merced) lives in the big city with her Aunt Cora (voice of Julianne Moore) and her paternal grandfather, James (voice of Joe Hart). But she’s clearly unhappy.

Like her mother, Milagro (voice of Eiza Gonzalez), a stunt rider whose career of risk-taking ended in a fatal accident, Lucky has a rebellious streak. After her antics ruin Grandad’s chance to be elected governor, Lucky is sent off to Miradero, the small frontier town where she was born and where her father, Jim (voice of Jake Gyllenhaal), still lives.

On the train journey to Miradero, Lucky takes in the vast open spaces with awe. And, when a band of untamed horses, led by the mustang of the title, runs alongside, she’s left speechless.

Initially, though, urban-bred Lucky has a hard time adjusting to her new environment. But her discovery of the local rodeo begins to change all that — especially after Pru Granger (voice of Marsai Martin), one of its denizens, introduces Lucky to the now-captive Spirit. Lucky sympathizes with Spirit’s frisky restlessness, and the two bond.

Back home, meanwhile, Jim grapples with the demands of fatherhood. His grief for Milagro has led him to hide away his memories of her, though Lucky’s discovery of her mom’s hidden, memento-filled dressing room only fuels her interest in Milagro’s achievements — and her desire to take up riding, which Jim forbids.

Jim gets some sage advice on parenting from his best friend, Pru’s dad Al (voice of Andre Braugher). “Daughters!” the latter exclaims, “You need to earn their trust a little at a time.”

After the same baddies who put an end to Spirit’s freedom capture a fresh group of wild horses, Lucky, Pru and another of Lucky’s new pals, Abigail (voice of Mckenna Grace), band together to liberate the animals. The dangerous quest on which the girls set out wreaks havoc on their parents’ nerves. But it does at least spur Jim into finally acting like a responsible dad.

Screenwriters Aury Wallington, Kristin Hahn and Katherine Nolfi work relevant themes for a youthful audience into their script, including the importance of friendship, teamwork, respect for nature, education and love of family. The ethnic diversity of their characters — and of the cast — is another plus.

All in all, few will want to say nay to so endearing a neigh-sayer as Spirit.

The film contains perilous situations. The Catholic News Service classification is A-I — general patronage. The Motion Picture Association rating is PG — parental guidance suggested. Some material may not be suitable for children.