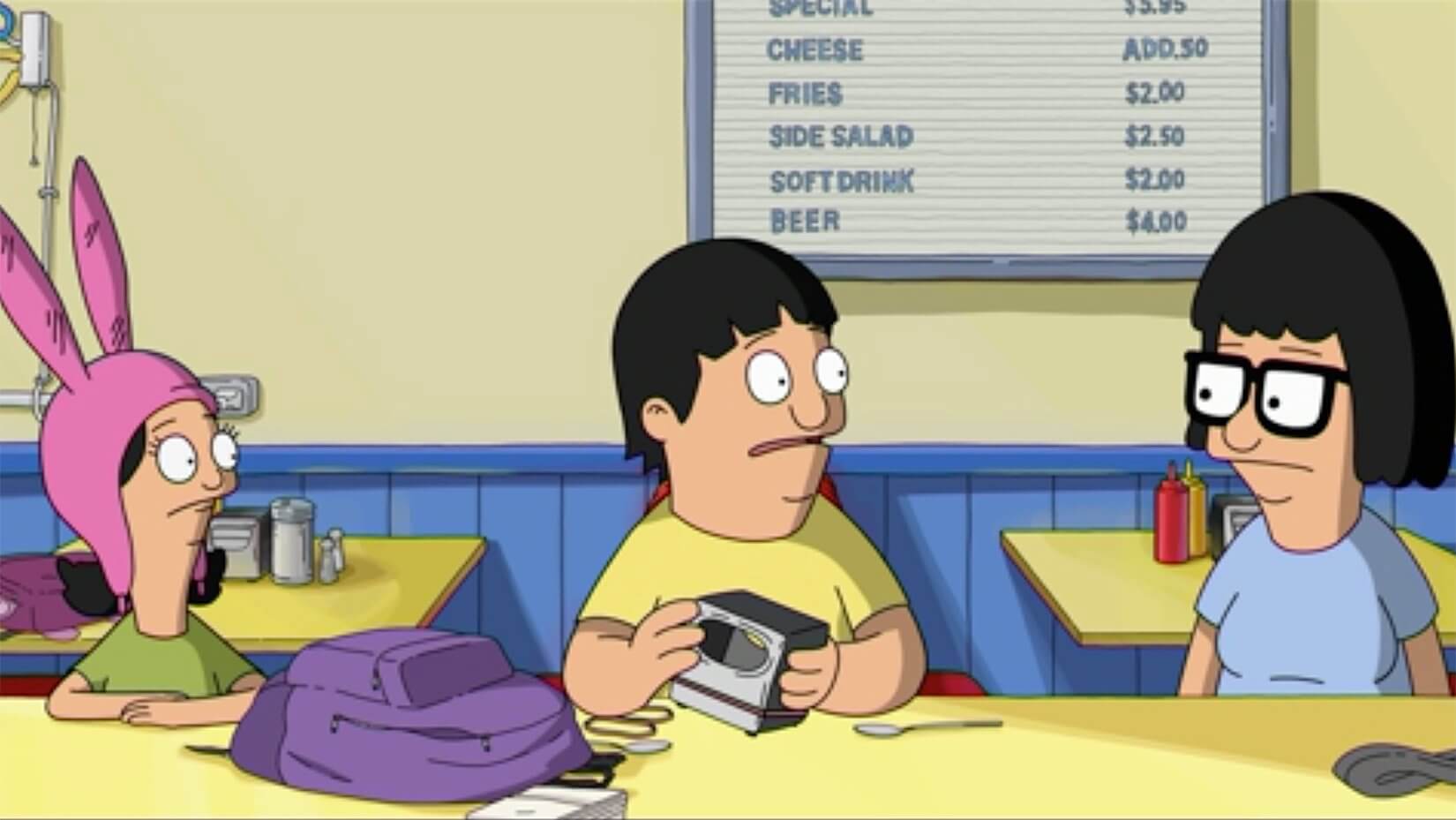 Photo Credit: CNS screen grab/20th Century via EPK TV - This is a scene from the movie "The Bob's Burgers Movie."

In adapting a long-running Fox TV show for the big screen, directors Loren Bouchard and Bernard Derriman mix wry observations and quirky personalities with a few jaunty songs to give us “The Bob’s Burgers Movie” (20th Century).

The result is a frequently amusing animated comedy. But the nature of some of the humor, as well as the persistent restrained swearing in the script Bouchard co-wrote with Nora Smith, makes the film most appropriate for older teens and their seniors.

H. Jon Benjamin voices the often-pessimistic owner of the titular restaurant. And, in fact, as the plot kicks off, there’s quite a bit about which he and his close-knit family — upbeat wife Linda (voice of John Roberts) and kids Tina (voice of Dan Mintz), Gene (voice of Eugene Mirman) and Louise (voice of Kristen Schaal) — need to be concerned.

With the payment on a bank loan looming, a sinkhole abruptly opens up in front of the clan’s eatery, threatening its future. As Linda and Bob try to adapt to the situation, the youngsters set out to solve the murder of a skeleton found in the suddenly formed pit. Their goal is to clear their wealthy landlord, Calvin Fischoeder (voice of Kevin Kline), who stands accused of the crime, and thus gain his financial help.

The story showcases Bob and Linda’s strong marriage. With contrasting personalities, they complement each other well and offer mutual emotional support.

The screenplay also charts young Louise’s efforts to prove her grit. Partly based on her eccentric habit of perpetually sporting a pink hat made in the shape of bunny ears, she’s labeled a “baby” by some of her peers, a slur she resents and sets out to refute though acts of kid-sized derring-do.

With the school term coming to an end, meanwhile, Tina seeks to turn classmate Jimmy Jr. (also voiced by Benjamin) into her “summer boyfriend” — but keeps putting off the moment for approaching him with the idea. While not exactly racy, her romantic thoughts about him do sometimes focus on the seat of his pants.

As for free-spirited son Gene, he aspires to be a rock star and invents an off-beat “instrument” composed of a napkin holder and a couple of plastic spoons. The fact that the sound this invention makes jars on more nerves than it soothes deters him not a whit.

Perhaps in the hope of keeping things comparatively family-friendly, Bouchard and Smith consistently avoid rough or crude language. Yet, along with the odd, slightly coarse, expression, they include a surfeit of vague profanity in the dialogue, which does serve to constrain recommendation for younger moviegoers.

Grown viewers and those adolescents whose parents are inclined to overlook the barrage of OMG’s the screenwriters unleash will find the world of “The Bob’s Burgers Movie” enjoyably pixilated. Better yet, it’s an environment within which strong familial ties and bonds of loyalty prevail, even in times of crisis.