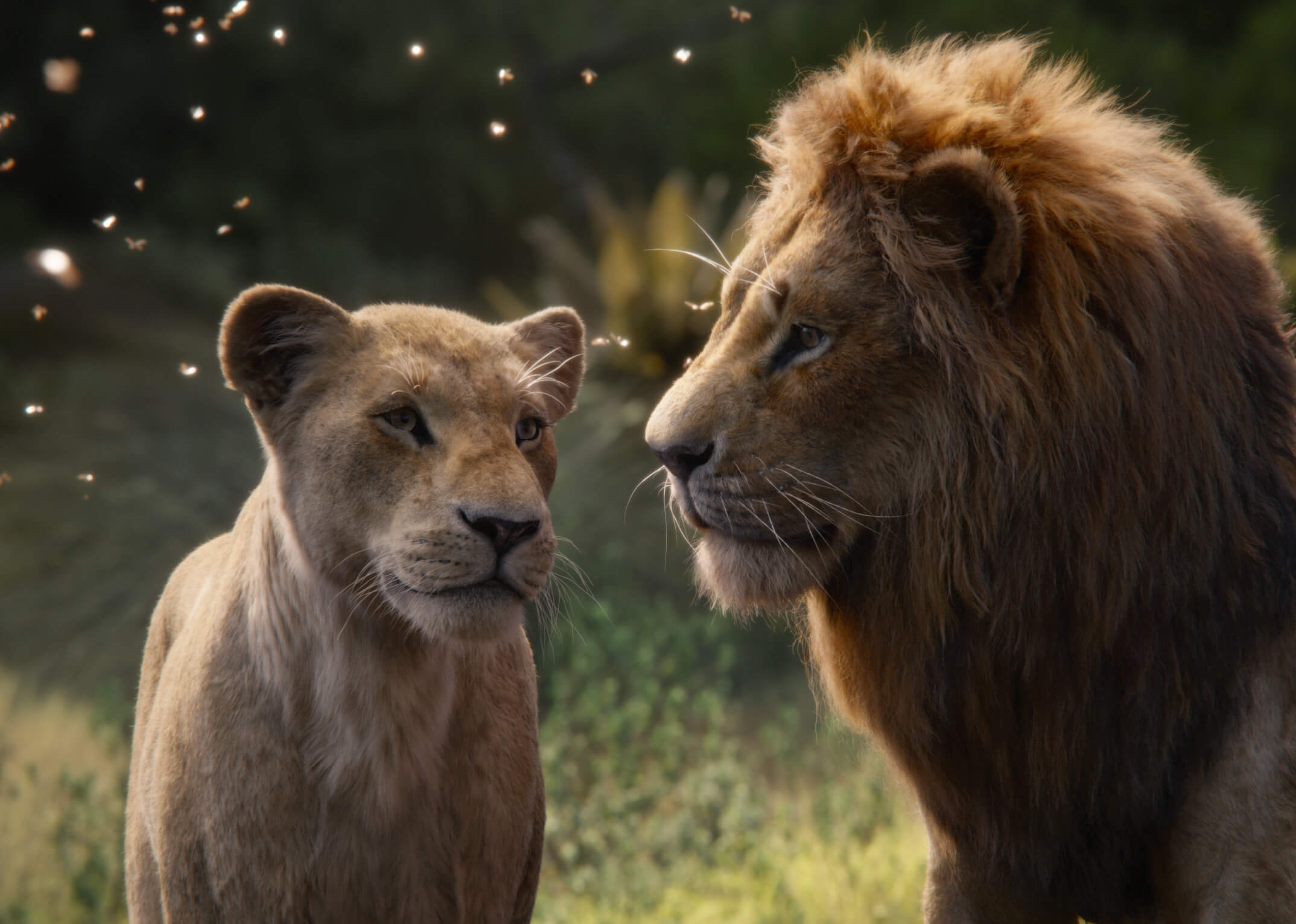 Photo Credit: CNS/Disney - The characters Nala, voiced by Beyonce Knowles-Carter, and Simba, voiced by Donald Glover, appear in the movie "The Lion King." The Catholic News Service classification is A-II — adults and adolescents. The Motion Picture Association of America rating is PG — parental guidance suggested. Some material may not be suitable for children.

Advances in moviemaking technology allow a story that could only previously be told as a cartoon to be enacted, so to speak, by animals. And so we get “The Lion King” (Disney).

Director Jon Favreau’s remake of the 1994 animated musical — also the basis for the Broadway hit that opened three years later and is still running — uses a blend of live-action techniques and computer-generated imagery to retell a tale so familiar it represents a touchstone of contemporary culture.

As we know, however, just because a thing can be done doesn’t mean it should be. Thus diehard fans of the original may find Favreau’s whole project redundant. The reaction of other viewers will largely depend on how comfortable they feel seeing nonhuman characters mouth dialogue and interact in the manner of homo sapiens.

This is, of course, the fictional biography of Simba (voice of Donald Glover), a lovable young lion with a royal destiny. As opening scenes show us, Simba’s birth is greeted with joy by most of the creatures over whom his parents, King Mufasa (voice of James Earl Jones) and Queen Sarabi (voice of Alfre Woodard), benevolently rule.

The rejoicing, though, is not universal: Simba’s evil Uncle Scar (voice of Chiwetel Ejiofor) broods over the fact that the new arrival has displaced him as heir to the throne. Biding his time, Scar schemes against his growing nephew and, after enlisting the help of a pack of malignant hyenas, led by Shenzi (voice of Florence Kasumba), he succeeds in sending the emotionally vulnerable lad into self-imposed exile.

Two friends with whom Simba takes up during his absence, meerkat Timon (voice of Billy Eichner) and warthog Pumbaa (voice of Seth Rogen), urge him to pursue a carefree existence. But Nala (voice of Beyonce Knowles-Carter), Simba’s best pal from childhood — with whom he ultimately shares a deeper bond — remains resolute that he should fulfill his weighty responsibilities.

The two opposing outlooks on life presented in Jeff Nathanson’s script — and encapsulated in a duo of songs by Elton John and Tim Rice, the interconnectedness-themed “Circle of Life” and the worry-eschewing ditty “Hakuna Matata” — are strictly secular. Yet it is at least the more ethically respectable worldview that prevails.

The struggle to achieve a happy ending, though, involves animal combat that would likely prove upsetting to small kids. And some parents may not care much for the momentary gastrointestinal humor in which Nathanson dabbles.

There’s also a bit of extra-biblical mysticism on display via the activities of simian shaman Rafiki (voice of John Kani). But this aspect of the narrative is too fleeting and undeveloped to pose much of a spiritual threat.

Is this iteration of the blockbuster franchise really necessary? Probably not. Still, while it’s unlikely to make a lasting impression, “The Lion King” does offer a pleasant enough pastime for all but the most sensitive tykes.

The film contains considerable stylized violence among animals, characters in peril, nonscriptural rituals and fleeting scatological humor. The Catholic News Service classification is A-II — adults and adolescents. The Motion Picture Association of America rating is PG — parental guidance suggested. Some material may not be suitable for children.