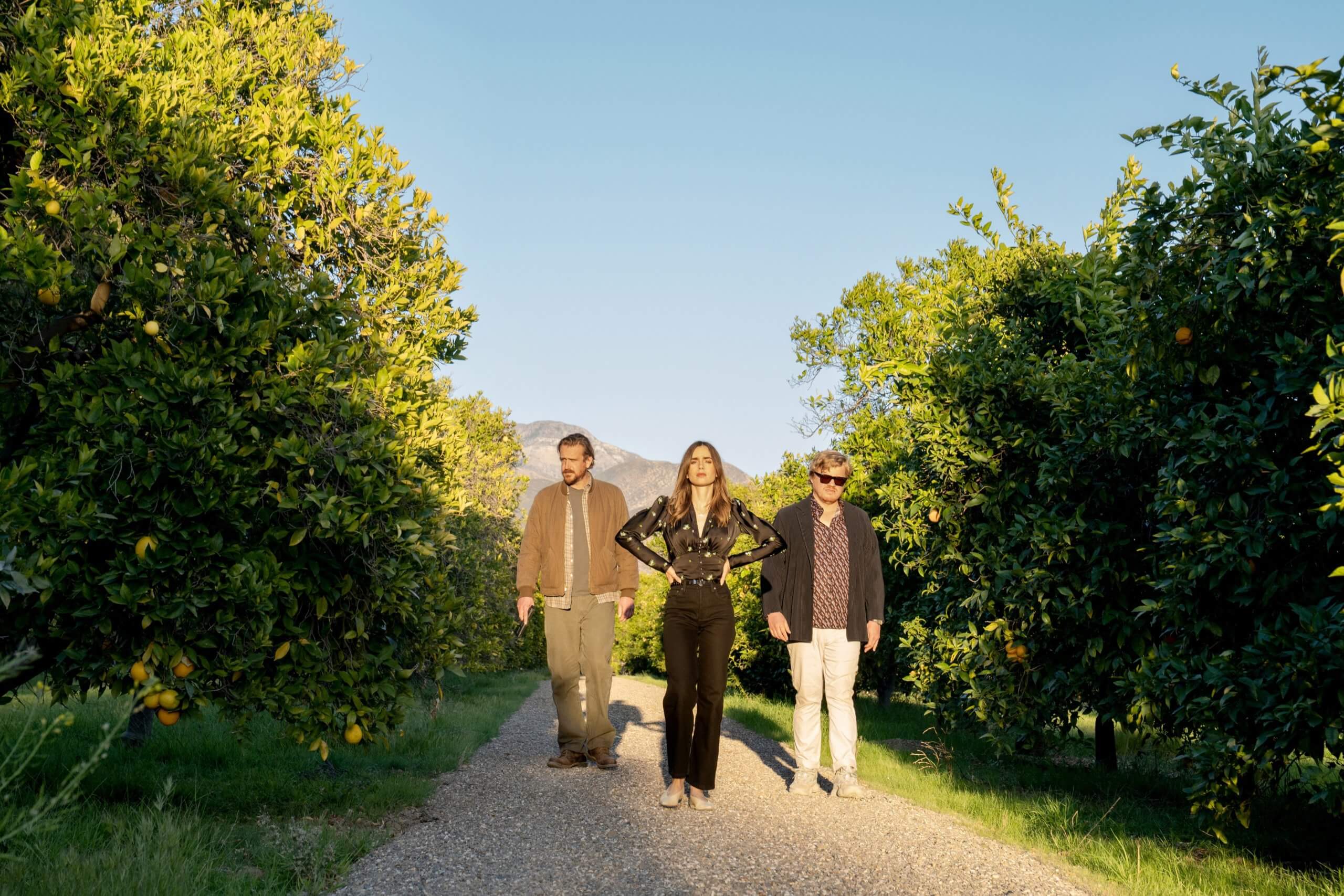 There’s a certain irony in describing “Windfall” (Netflix) as a character-driven thriller, if only because none of the people on screen are given names in Justin Lader and Andrew Kevin Walker’s script.

Yet, while each of its trio of protagonists represents a stereotype to some extent, each also reveals unexpected traits that prevent the audience from pigeonholing them too readily.

Surprisingly tranquil opening scenes show us intruder Jason Segel carrying out a leisurely burglary in a lavish country house. But suspense kicks in when the dwelling’s owners, a tech tycoon played by Jesse Plemons and his wife (Lily Collins), pay a spur-of-the-moment visit to their vacation home and stumble across the robber just as he was about to leave with his loot.

Theft gives way to a hostage situation, and the three settle down to wait for the ransom money the mogul has agreed to pay to arrive. As they do so, class conflicts emerge. So, too, does marital friction.

Plemons sees Segel as lazy, lacking in initiative and resentful of the deserved wealth and accomplishments of others. Segel, in turn, views Plemons — who developed an algorithm to “right size” companies — as greedy and callous.

Former administrative assistant Collins, for her part, pushes back against the notion that she’s a shallow schemer who married for money. Yet the fact that there are serious cracks in her relationship with her spouse becomes increasingly apparent.

As directed by Charlie McDowell, this thinking person’s suspense drama lags somewhat in the middle — but it reaches a startling conclusion. Although the depiction of criminal mayhem along the way to its unlooked-for payoff is mostly restrained, there are a few disturbing moments to be endured.

Tension, moreover, leads to much nervous swearing. These elements, taken together, make this an inappropriate choice for youngsters.

The film contains a gruesome death, other brief but intense violence with gore, a few profanities, a couple of milder oaths, pervasive rough language and a handful of crude terms. The Catholic News Service classification is A-III — adults. The Motion Picture Association rating is R — restricted. Under 17 requires accompanying parent or adult guardian.