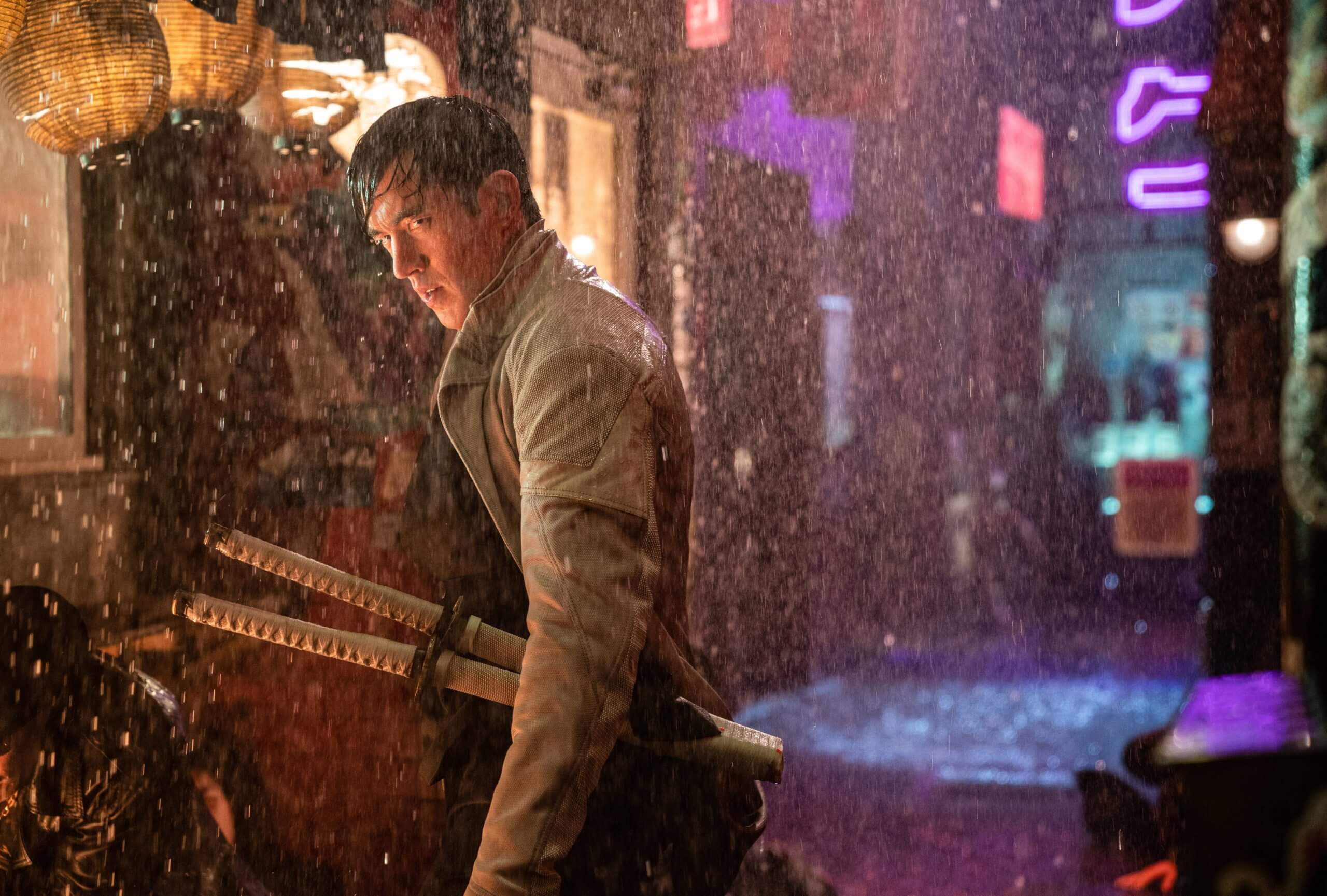 Silly and ponderous, yet morally interesting, the action adventure “Snake Eyes: G.I. Joe Origins” (Paramount) has been adapted from the world of Hasbro toys by director Robert Schwentke.

Though its characters are more subtly shaded than many of those who populate the genre, it’s still a fantasy whose fancy swordplay and martial-arts fighting are squarely aimed at adolescent boys. Parents deciding whether it’s acceptable for that demographic, however, will have to balance the relative absence of objectionable elements in the film against the brutal, though bloodless, nature of its relentless combat.

The bone crunching kicks off early on as we’re introduced to Snake Eyes (Henry Golding), a wandering loner who brawls for money. A prologue has already shown us that this otherwise nameless itinerant was traumatized in childhood by witnessing the slaying of his father, an experience that has left him alienated and thirsting for revenge.

Snake Eyes does a good deed for a stranger who turns out to be Thomas “Tommy” Arashikage (Andrew Koji), the heir to a powerful clan of ninja warriors. Taken under Tommy’s patronage, Snake Eyes is offered the chance to train with the group’s leaders, an opportunity that could transform his life, giving him stability, a cause to which to dedicate himself and a sense of connection to others.

Our hero’s loyalties are conflicted, though, by the fact that Kenta (Takehiro Hira), an exile from the Arashikage organization and one of its primary enemies, has the ability to trace his dad’s murderer and thus satisfy his lifelong desire for vengeance.

Snake Eyes isn’t the only one on screen torn between good and evil. Taken together with a message about restraint in the exercise of force and an ethical wrap-up to Snake Eyes’ quest for payback, this ambivalence helps to elevate the proceedings out of a macho welter of dueling and chopsocky.

Still, the absurd is never kept at bay for long. Thus Snake Eyes and his comrades are continually overcoming ridiculous odds in their showdowns while the ultimate leader of the Arashikage is none other than Tommy’s grandma — who, despite her advanced age, displays mad fighting skills and takes out numerous extras with her trademark deadly fan.

The more respectable values highlighted in the script, penned by Evan Spiliotopoulos, Joe Shrapnel and Anna Waterhouse, moreover, are initially forced to compete with some threadbare notions of self-purification undertaken with the aim of overcoming adversaries. And the movie’s real agenda has as much to do with the sleek motorcycle Snake Eyes likes to borrow from Tommy as with moral advancement.

So, while this roll of the dice may not yield the unlucky result from which its protagonist takes his moniker, neither is it necessarily successful enough to buy baby that new pair of shoes.

The film contains frequent harsh but stylized violence, a vengeance theme, fleeting sexual humor, a mild oath, at least one use of rough language and a couple of crass terms. The Catholic News Service classification is A-III — adults. The Motion Picture Association rating is PG-13 — parents strongly cautioned. Some material may be inappropriate for children under 13.

Share This Post
movie reviews, ‘Snake Eyes: G.I. Joe Origins’, Robert Schwentke, Andrew Koji
See More
Last Article
Church should be the family that helps men be fathers they are called to be
Next Article
Congress urged to be ‘courageous,’ pass comprehensive immigration bill
Back to Vermont Catholic Magazine