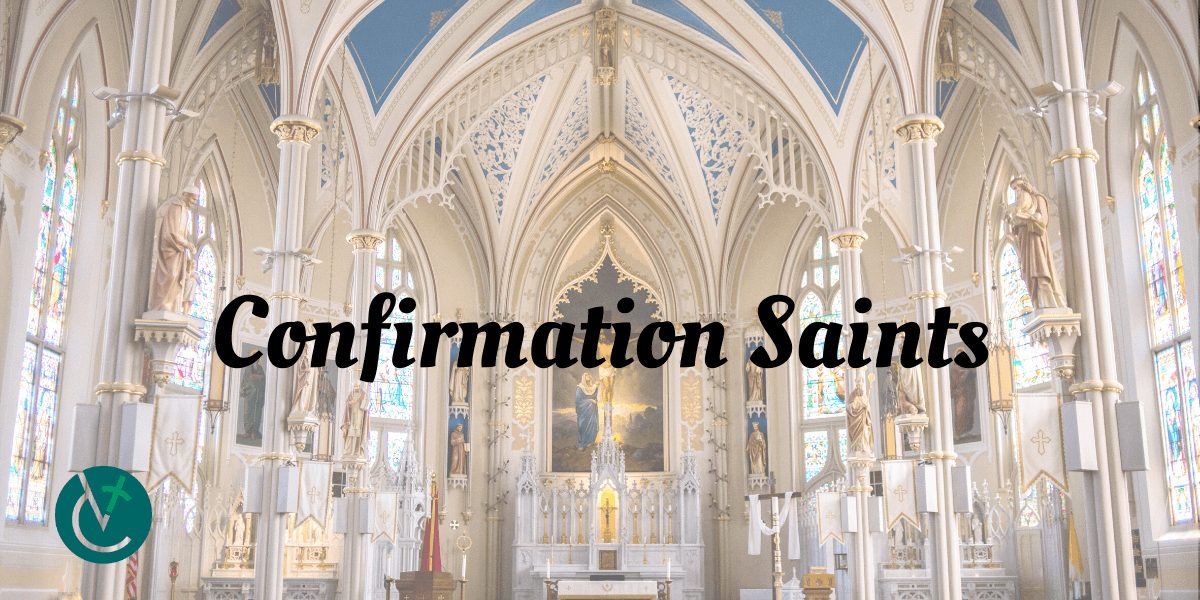 “The Confirmation saint I have chosen is St. Cecilia, the patroness of musicians. I have chosen St. Cecilia because I have a very strong love of music and would like to either become a well-known musician myself or help others achieve that dream.”

“I chose St. Joan of Arc to be my confirmation saint. I chose her because of how persistent she was when she was fighting for what she knew was right. She was incredibly brave and strong while performing God’s will, and I hope to be the same way throughout my life.”

“I have chosen St. Genesius as my saint for confirmation because I have a passion for theater, and Genesius use to be an actor so I found a connection with him. … Also, he was a comedian, and I love watching comedy movies so that was a bonus too.”

“The saint I chose for confirmation is St. Patrick who is the patron saint of engineers. I chose him because this is a career I dream of for my future.”

“The saint I chose for confirmation is St. Virginia Bracelli. I chose her mainly because my middle name is Virginia. As I did more research on her, I found out she likes to help the poor and sick, and I love helping others in need too.”

“The saint I picked was St. Rose Venerini. She was a pioneer in the education of women and girls in the 17th century. She also founded the Religious Teachers Venerini which was an institute for Roman Catholic women.”

“The saint I chose is St. Anthony. He was definitely the favorite saint of my grandmother, and I have many memories of her praying to him. While he is well known as the patron saint of lost and stolen things, I discovered that he is also well known as a priest who cared for the poor and the sick. I liked this aspect of his service.”

“I chose St. Faustina for my saint because she is the patron of mercy. Mercy is compassion or forgiveness towards one who offended. For me, mercy is a huge aspect in my life because it is a way of not spreading hate and forgiving those who have made a mistake. I believe that everybody should be forgiven by others and forgive others no matter the situation. St. Faustina represents me because she always forgives and never states the bad in someone. She is a role model because of her good intentions, and I always know that the more mercy someone gives, the better.”

“I chose St. Sebastian as my saint.  Although he is known as the patron saint of sports, he could also be described as a defender of people. He was extremely fit and was able to withstand long physical endurance.”

“I have chosen St. Sebastian as my saint. I chose him because he is the patron saint of athletes, and I know that anytime I’m stuck during a sport, I can ask for help.”