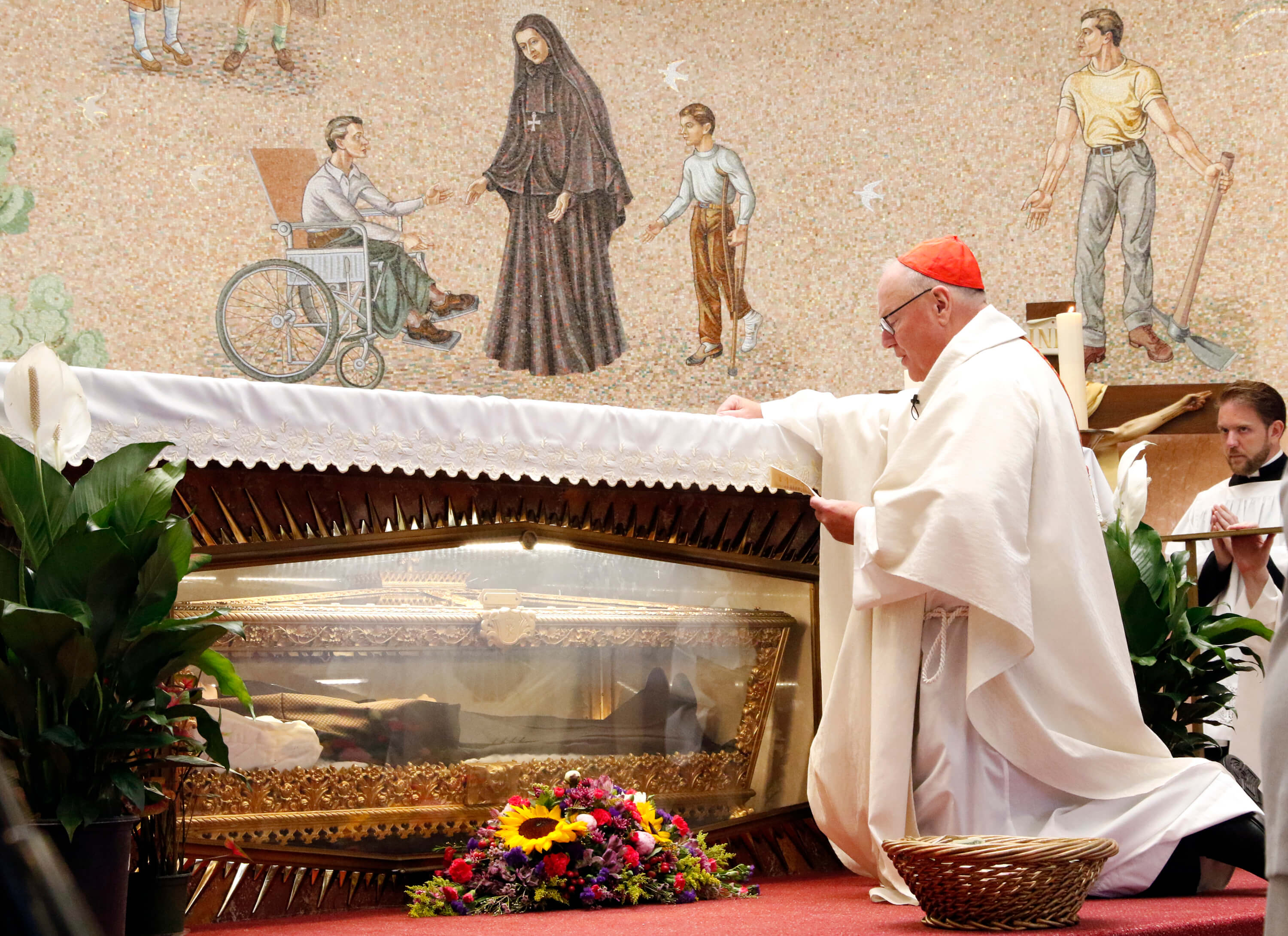 Mother Cabrini’s ministry to immigrants called ‘more essential’ than ever

St. Francis Xavier Cabrini took to heart Jesus’ greatest commandment to love God and love one’s neighbor by tending to those most in need — children, the sick, orphans and “most of all” immigrants, said New York Cardinal Timothy Dolan July 13.

“Her work still goes on and her work is more essential than ever today,” he said during a celebration of a Mass at the St. Francis Xavier Cabrini Shrine in New York City in honor of her 169th birthday.

The saint, also called Mother Cabrini, is the patroness of immigrants and refugees. An Italian American, she was born July 15, 1850, She founded the Missionary Sisters of the Sacred Heart of Jesus, a religious community that was a major support to the Italian immigrants to the United States. She was the first U.S. citizen to be canonized.

If she were alive today, Cardinal Dolan noted, Mother Cabrini would be tending to the needs of immigrants from all over the world — including Haitians, Central Americans, Latin Americans and Asians.

Her legacy continues today in the ministry of her religious order and Catholic agencies, like Catholic Charities of the New York Archdiocese, he added. The Catholic Church provides “a massive array of services — housing, food, teaching English and trying to help (immigrants) get their legal status in order and advocating for fair and just immigration policies.”

In a blog post, Cardinal Dolan later remarked that he was quite moved by saying Mass at the shrine and recalling Mother Cabrini’s work among Italian immigrants in the United States in the 19th and early 20th century.

“This work inspires me today as the Church continues to welcome immigrants from so many different countries, particularly in these troublingly uncertain times,” he said.

“It saddens me to admit that many, some even in the Church, opposed Mother Cabrini’s work. It troubles me that today in too many places hate and malice are directed against immigrants and refugees — in both words and actions,” he added.

“As a pastor, I pray that understanding, respect and love might grow in dealing with newcomers to our land. I am proud of the welcoming that our parishes, schools, charitable and health care ministries have and do provide,” Cardinal Dolan said.