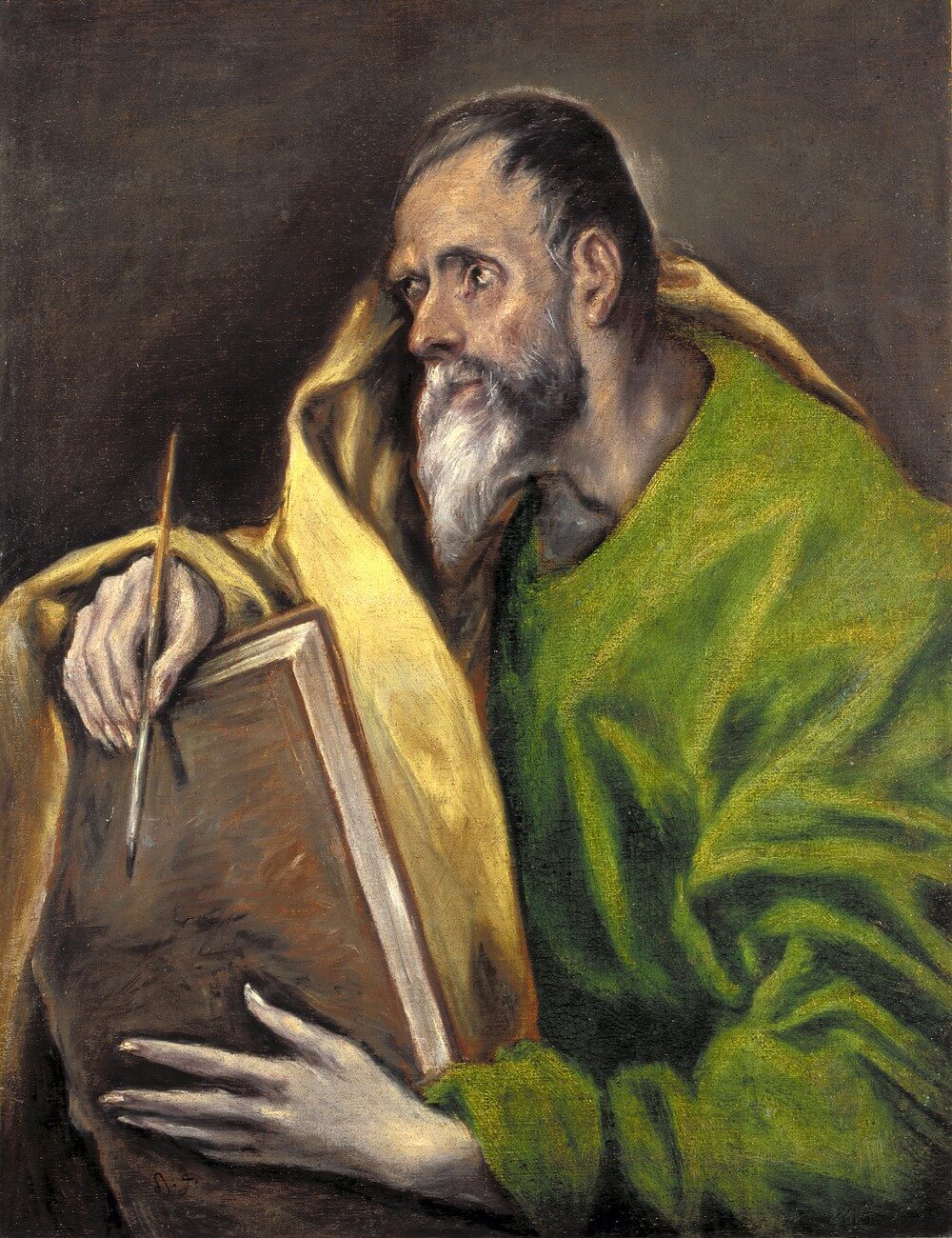 There is a children’s prayer that goes “Matthew, Mark, Luke and John, bless the bed that I lay on.” It refers, obviously, to the four Gospel writers, but one of them, Luke, was particularly prolific. He not only wrote about the life of Jesus but continued the story, including the life of the early Church in the Acts of the Apostles.

Of the four evangelists, Luke is the only one who was not born a Jew; in Colossians 4:10-12, St. Paul makes this distinction when he lists “those of the circumcision” — Jews — without including Luke’s name. However, he does mention him very soon after, in 4:14, calling him “the beloved physician.” Definitely a Gentile and probably a Greek, tradition holds that Luke came from Antioch and was one of the earliest converts to Christianity.

He may also have been a slave; it was not unusual for wealthy families to train slaves to hold particular positions in the household, and Luke may have been chosen to provide medical services for them. There is also a possibility that he studied medicine in Tarsus, where he could have initially encountered St. Paul.

Although he chronicles the story of the early Church and the life of St. Paul for the first 16 chapters of the Acts of the Apostles, Luke himself appears as a companion to St. Paul when Paul leaves Troas for Macedonia about the year 51 — a supposition scholars have deduced from the switch in Luke’s narrative from the third person (“they”) to the first person (“we”). Luke returns to the third person again when Paul’s group reaches Philippi; Luke apparently stayed in that city for seven years while Paul continued his second journey. When Paul embarked on his third journey, the two were again reunited. From then on, Luke accompanied him to Rome, where he remained a faithful — and perhaps sole — companion until Paul’s martyrdom.

Luke’s background lends a unique flavor to his Gospel. As a convert, he wrote specifically for an audience of Greek Gentiles, combining his familiarity with that culture with his extensive study of both Jewish Scripture and the life of Jesus. Of all the evangelists, it is Luke who devotes the most time to Mary. Luke is the one who preserved for us the stories of the Annunciation and the Visitation (including Mary’s Magnificat), and his is the only Gospel to include the story of the Presentation as well as Mary’s frantic search for her son when He went missing in Jerusalem. Above all, Luke emphasizes God’s forgiveness and mercy; we have him to thank for the story of the Prodigal Son and the woman who washed Jesus’ feet with her tears.

What happened to Luke after Paul’s death is uncertain; some maintain he was martyred, while others say that he retired to Greece, where he lived a long life, dying about the year 84 after writing his Gospel and the Acts of the Apostles.

The patron of physicians and surgeons, Luke’s feast day is Oct. 18.