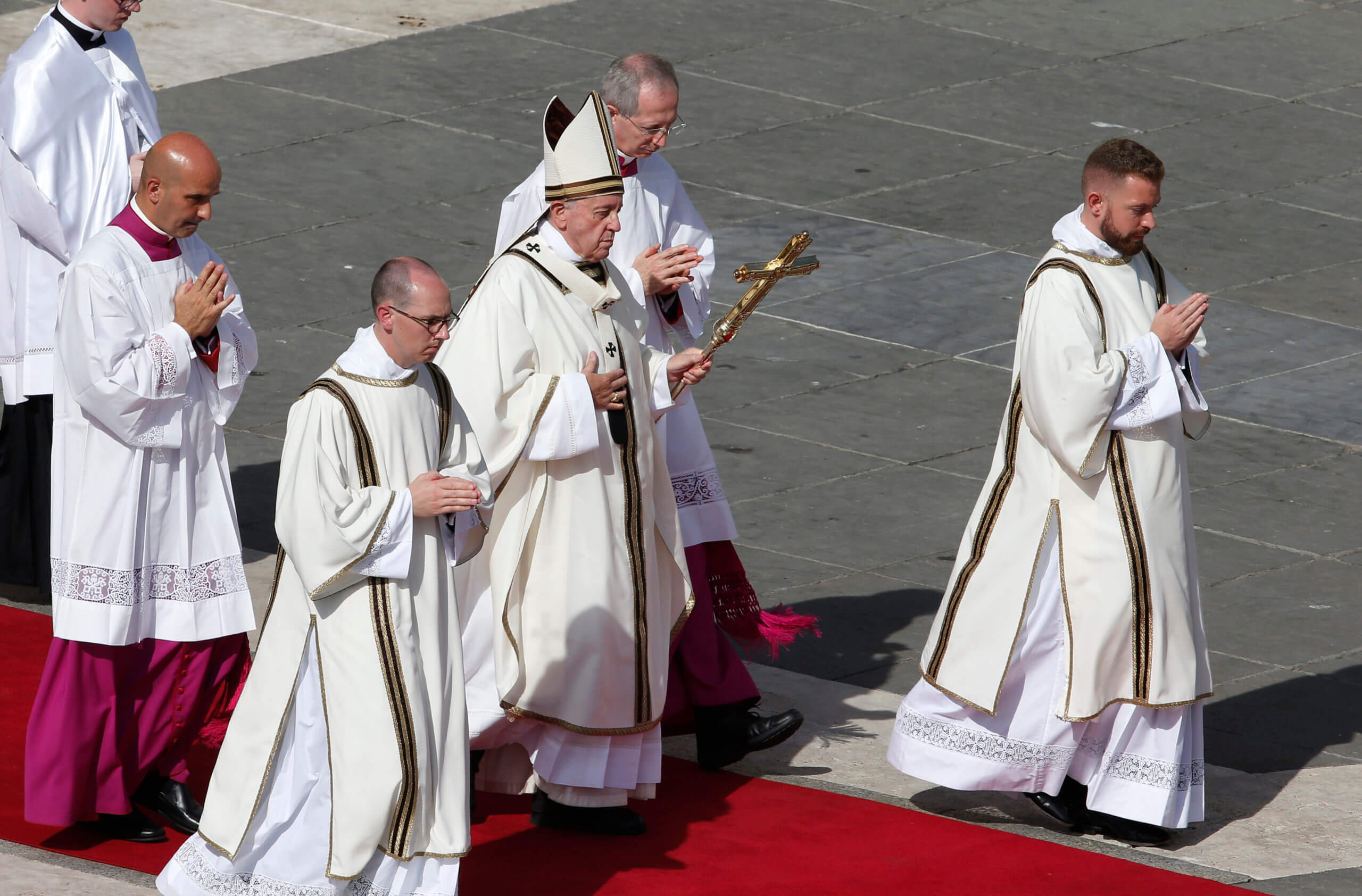 Photo Credit: CNS/Paul Haring - Pope Francis walks to the altar at the conclusion of a 2019 canonization Mass at the Vatican. Pope Francis signed decrees May 5 to advance the sainthood causes of one woman and four men, including an Italian millennial who dedicated his brief life to spreading faith and happiness to his peers.

Pope Francis advanced the sainthood causes of one woman and four men, including an Italian millennial who dedicated his brief life to spreading faith and happiness to his peers.

The pope recognized the heroic virtue of Matteo Farina, a 19-year-old who, while seemingly living a normal life for a person his age, dedicated himself to helping others after being inspired by a dream of St. Pio of Pietrelcina at the age of 9.

Despite being diagnosed with cancer at the age of 13, Farina continued to write and speak about the importance of being happy and holding on to faith. He died in 2009.

Pope Francis also recognized the heroic virtues of Maria de la Concepcion Barrecheguren Garcia, a Spanish woman who died in 1927 at the age of 21 after battling tuberculosis.

He also recognized the heroic virtues of her father, Redemptorist Father Francisco Barrecheguren Montagut who, after the death of his daughter and his wife, entered the order in 1944 and was ordained a priest in 1948. He died in Granada, Spain, in 1957.

The pope signed decrees recognizing the heroic virtues of:

— Italian Father Francesco Caruso, a priest from the Archdiocese of Catanzaro-Squillace in Italy. He was born in 1879 and died in 1951.

— Italian Father Carmelo De Palma, a priest from the Archdiocese of Bari-Bitonto. He was born in Bari in 1876 and died in 1961.