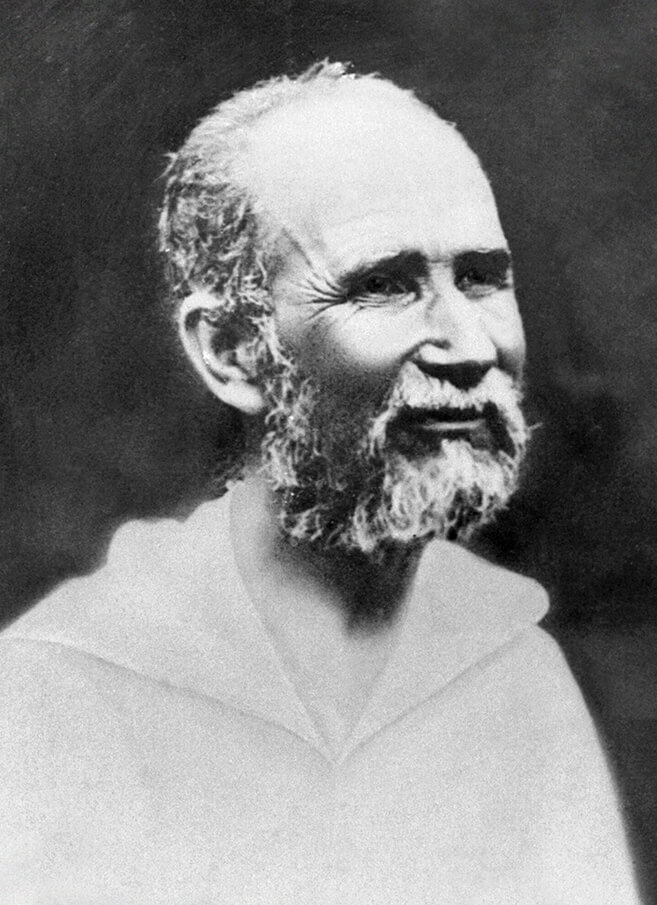 If there is a Gospel story that exemplified the life of Blessed Charles de Foucauld, it would be Matthew 21:28-31, the parable of the man with two sons. “A man had two sons. He came to the first and said, ‘Son, go out and work in the vineyard today.’ He said in reply, ‘I will not,’ but afterwards he changed his mind and went. …”

Born into an aristocratic family in France in 1858, Charles and his sister were raised by their grandfather following the death of their parents. Although he grew up in a devout Catholic household and attended Jesuit schools, Charles abandoned his faith as a teenager, instead joining the army after the death of his grandfather in 1878. He subsequently traveled to Algeria with his regiment in 1880.

His time with the military, however, was inconsistent at best. He was discharged for misconduct in 1881 – he had taken up with a mistress and refused to give her up – but re-enlisted after their relationship ended. He then fought for eight months during a revolt in South Oran, Algeria, where he became fascinated with Arabian culture. Denied permission for a leave of absence to study it further, he resigned his commission and spent the next 15 months in the company of a rabbi, with whom he studied both Arabic and Hebrew. Inspired by the faith of both the Jews and the Muslims with whom he lived, he returned to his Catholic faith in 1886.

Now back in Paris, Charles lived a simple life, turning his time in Algeria and Morocco into a book, “Reconnaissance au Maroc” (“Recognition in Morocco”), which was published in 1888 to a generally positive reception. In 1890, he joined the Trappists at their monastery in Ardeche, France, and was later transferred to one in Syria. By 1896, however, it became apparent that his heart – and his vocation – lay elsewhere, and he was released from his vows.

For a while he worked as a gardener and sacristan for the Poor Clares in Nazareth and Jerusalem but returned to France in 1901, where he was ordained a priest. Still drawn to Algeria and Morocco, Charles went back soon after his ordination with plans to found a monastic community which offered hospitality to Christians, Muslims, Jews or those with no religion at all.  Although he lived a good and peaceful life there, he attracted no companions.

In 1904, at the suggestion of an old army friend, he went to live among the Tuareg, who are a nomadic and predominantly Muslim people living in North Africa. He was welcomed by them and learned enough of their language to translate the Gospels into Tuareg, compile a Tuareg/French dictionary and compose two volumes of poetry in Tuareg.

Charles was killed in 1916 when the outbreak of World War I led to attacks against the French in Algeria; he and two soldiers were caught between French forces and Arab insurrectionists. Beatified in 2005, his feast day is Dec. 1.