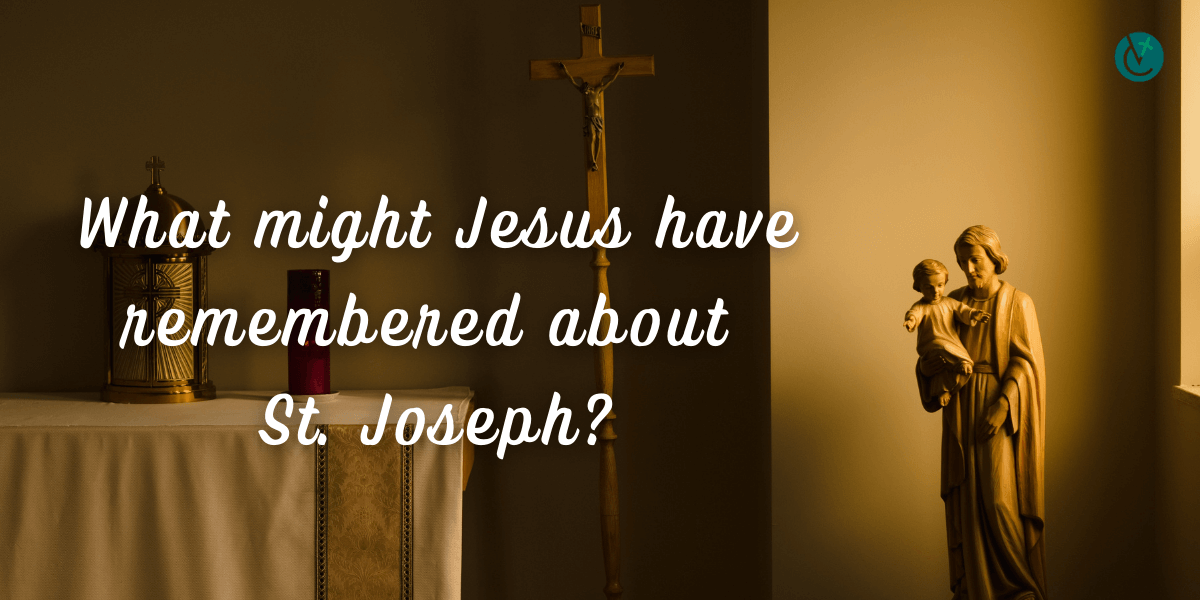 In the parables that Jesus taught his disciples, He uses elements from daily life that His listeners would recognize: agriculture, animal husbandry, horticulture and money.  Did He even use His father, St. Joseph, in a veiled way in the parable of the prodigal son?

In that parable, Jesus is, of course, making a point about God the Father’s mercy for His wayward children, but it is a parable that uses the basic element of a father-son relationship. It is a tender and deeply moving story of a father who finds his long-lost son (presumed dead) and rushes out to meet him: “But while (the son) was still far off, his father saw him and was filled with compassion; he ran and put his arms around him and kissed him” (Lk 15:20).

Before Jesus began preaching parables, when He was 13 years old, He was on a pilgrimage to Jerusalem with his parents. Unbeknownst to them, He had stayed back in the temple.  Joseph and Mary thought He was in the caravan mixing with the relatives and other pilgrims but eventually noticed His absence. They returned to Jerusalem, and after searching for three days they found Him in the temple.  Mary said to Jesus: “’Son why have you treated us like this? Look, your father and I have been searching for you with great anxiety” (Lk 2:48).

Only the coldest of hearts could think that St. Joseph just stood there like a marble statue after three days of anxious searching, guilt and fear that Jesus had been kidnapped or was killed.  After all, St. Joseph had been entrusted by God Himself to protect His only-begotten Son, and already Joseph had lost Him!

No doubt, St. Joseph, overjoyed at finding Him alive and well, hugged and kissed Jesus, like any parent would do.  St. Joseph loved Jesus very much.  He wasn’t just the “hired hand” who took care of Him.  He truly and really did love Him.

It is no stretch of the imagination to consider the love between this father and son as a treasured memory for Jesus when He makes up this parable of the prodigal son.  Of course, Jesus is not the wayward son in the parable who sins and returns home.  Jesus is the storyteller who draws from His own experience of human relations to connect with His audience.

We do a disservice to St. Joseph sometimes because we never knew him in the flesh and we only “see” him through the depiction of various artistic styles through the centuries. Much of that art makes him appear stoic and cold. It is only in the consideration of the fullness of his flesh and blood and the full range of his emotional humanity that we can best appreciate this father who loved Jesus with hugs and kisses.

St. Joseph loved Jesus until he breathed his last on Earth. I will never read the parable of the prodigal son again in the same way without wondering if Jesus was thinking of St. Joseph when he made up this story.

One never forgets the hugs and kisses of one’s father.