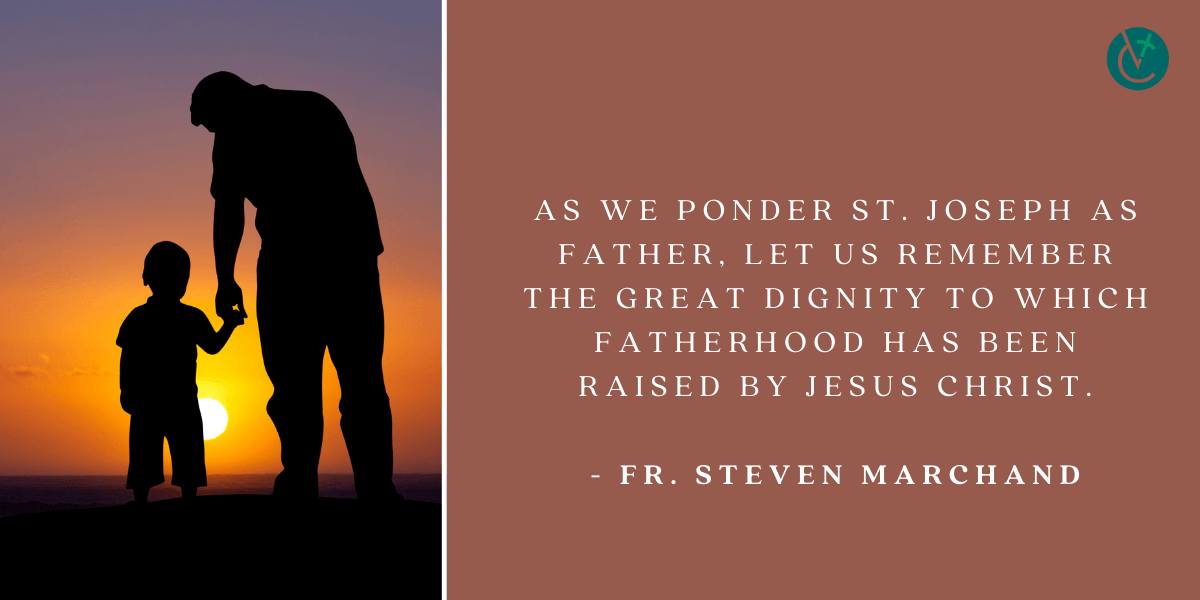 Whether considered theoretically or practically, fatherhood is in crisis today

Our anti-authority age has in many ways theoretically dismissed the authority that fatherhood represents. Practically, fathers often suffer from prejudice in families and in family court. But most troubling, as has been acknowledged for the past 60 years, is father absenteeism.

According to a 2018 Pew Research Center study, almost one in four American children are raised in a single-parent household, the overwhelming majority of which are absent the father. This has had tragic consequences for our society and for the Church.

Mary Eberstadt, writing in a recent edition of First Things, comments how the loss of faith in God “(the Father in heaven), declining patriotism (love for the fatherland) and the rising incidence of missing fathers has created a crisis of paternity that threatens the nation.” She continues, “Life without father, Father, and filial piety toward country … deprive many young people of reasons to live as rational and productive citizens.” The stability of a father and mother together raising a family is the God-given structure for human flourishing. We ought not to be surprised when this has been frustrated to find ourselves in a society of people wracked by unrest and insecurity.

In faith, too, absentee fatherhood often makes it difficult to believe in God “the Father,” an authority who both commands and loves without contradiction. Pope Francis acknowledged this in inaugurating this year of St. Joseph, the foster father of Jesus. Writing in his apostolic letter, “Patris corde,” he said, “Fathers are not born, but made. A man does not become a father simply by bringing a child into the world, but by taking up the responsibility to care for that child. … Children today often seem orphans, lacking fathers.”

St. Joseph provides a peerless example of Christian fatherhood and love. Again, Pope Francis writes, “Joseph knew how to love with extraordinary freedom. He never made himself the center of things. He did not think of himself, but focused instead on the lives of Mary and Jesus. Joseph found happiness not only in self-sacrifice but in self-gift. In him, we never see frustration but only trust. His patient silence was the prelude to concrete expressions of trust. Our world today needs fathers.”

Celebrating the Year of St. Joseph will not solve the crisis of Fatherhood en masse. Yet it does provide a valuable opportunity to be encouraged and to pray for the healing of God to be given to families and fathers in crisis.

As we ponder St. Joseph as father, let us remember the great dignity to which fatherhood has been raised by Jesus Christ. The Word of God was humbly subject to Joseph in Nazareth: He obeyed him and respected him in every way as his earthly father!

This Fathers’ Day, let us be thankful for our own fathers. Let us implore God by the intercession of St. Joseph to heal families broken by greed or indifference. If you are a father, remember the dignity and divine grace that comes from the office and obligations of being a father. You have been given a divine mandate to show your children a love that they will find perfected in their Father in heaven. How beautiful a vocation!

—Originally published in the summer 2021 issue of Vermont Catholic magazine.