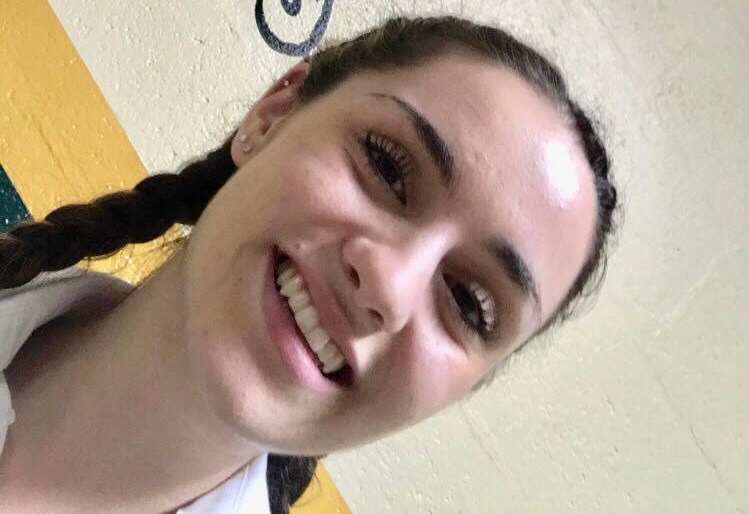 Julia Lee decided to create the change that she wanted to see in the hallways of Mount St. Joseph Academy in Rutland. Last summer Julia led a service project, along with several other students that added Bible verses and inspirational quotes throughout the academy.

It’s no coincidence that she chose the summer to make time for such an endeavor. Her plate is full during the school year as she balances schoolwork, serving as Student Government treasurer, soccer and basketball, prom committee and a role as a student ambassador. She is also a member of the Spanish Honor Society as well as National Honor Society.

“I shadowed here at MSJ, and it was the perfect fit. I loved the small community,” Julia said.

“I tried to connect the project to the religious aspect of MSJ and connect with the students on a different level. I wanted to do something to inspire the whole school as a community,” Julia said.

Julia said she developed the idea and then proposed it to MSJ Principal Sarah Fortier and Assistant Principal Phil Hall, who were supportive of the project.

“Right away, they thought it was awesome,” Julia said.

The students were intentional in their choices of quotes as well as their placements. For example, she chose the quote “Be the change you wish to see in the world” for the front entryway because she thought it was a good message for students to see as they start their day.

“The messages are intended to connect every student in the school on a different level, whether it was to get them closer to God or inspire them on a daily basis to be a better person — to bring us together as a whole and create a positive environment,” Julia said.

Julia plans to attend Keene State College in New Hampshire and play on the basketball team after graduation. She intends to study exercise science as an undergraduate and would like to achieve a career in physical therapy or as a physical trainer.

“The first thing I saw when I came to MSJ was the quote “A Place to Belong,” and that really stuck with me. When I was shadowing, I thought to myself, ‘can I picture myself here?’ and everyone here is so supportive and kind,” Julia said. “I love the smallness of MSJ; you know everyone here. It’s a place where you will find people who will do anything for you — friends, teachers, principals and coaches.”