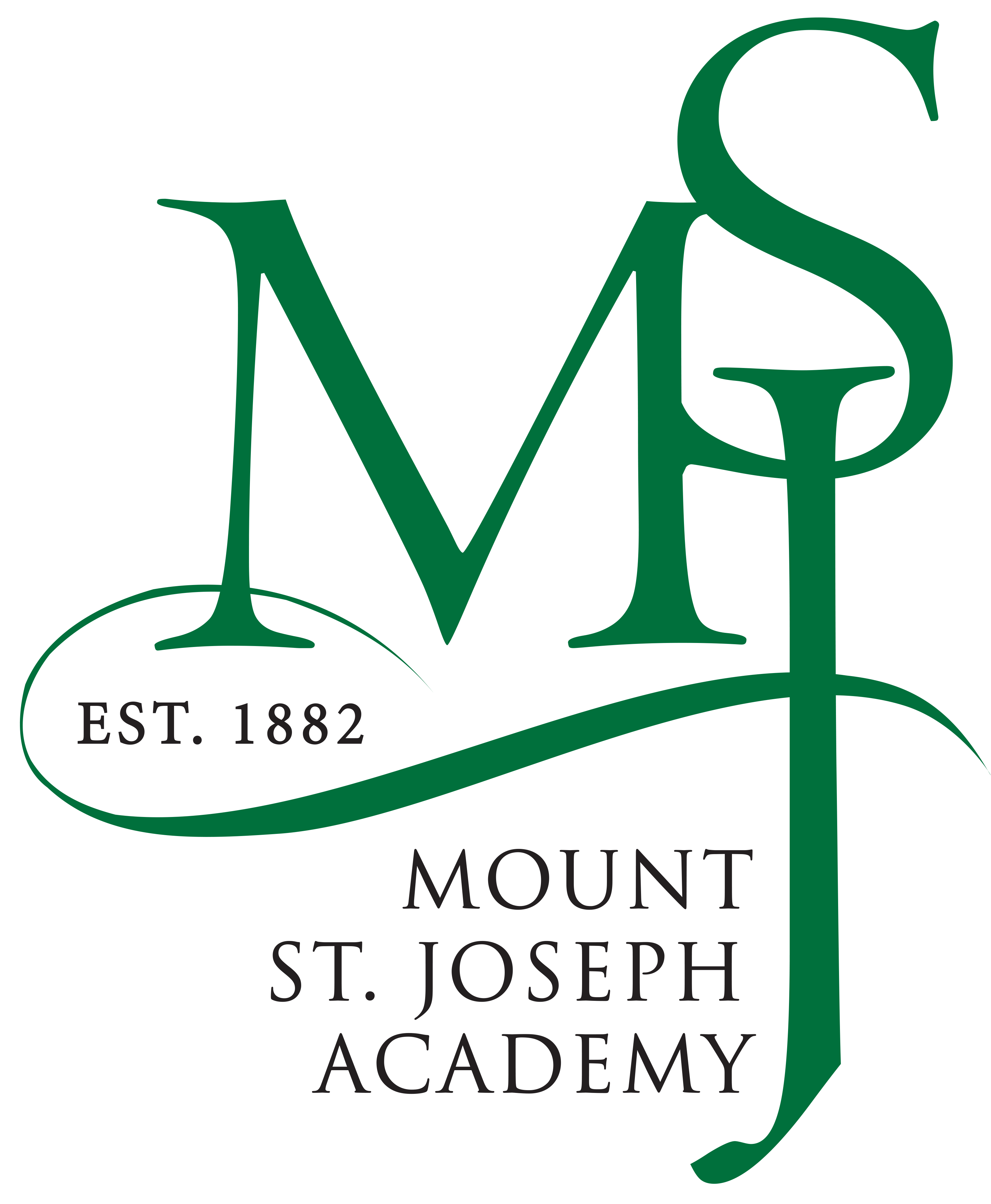 Rachel Erin Gregory is the class of 2021 valedictorian. She is the daughter of Ingrid and Glenn Gregory of Rutland. She attended Christ the King School in Rutland prior to her enrollment at MSJ. While in attendance, Rachel maintained high academic honors throughout her career and was actively involved in a variety of clubs and activities including the Josephite Chapter of the National Honor Society, National Art Honor Society and National Spanish Honor Society. She was elected student body secretary in her senior year. In addition, Rachel earned varsity letters and was a team captain in cheer and softball and represented MSJ as an Academy Host/Student Ambassador. Rachel will be attending Boston College in the fall pursuing a degree in nursing.

Ella Rose Paquin is the class of 2021 salutatorian. Ella is the daughter of Kelley Paquin of West Rutland and Keith Paquin of Rutland; she attended West Rutland School prior to her enrollment at MSJ. While in attendance, Ella maintained high academic honors throughout her career and was a member of the Josephite Chapter of the National Honor Society. Ella was actively involved in a variety of clubs and activities; she was elected senior representative to the student government in her senior year, earned varsity letters and was a varsity letter winner and team captain in basketball and softball and represented MSJ as an Academy Host/Student Ambassador. A UVM Green and Gold Scholar, Ella will be attending the University of Vermont Grossman School of Business in the fall.

Recipients of this annual award are chosen based on the following criteria:

+ Authentic faith: The student expresses in his or her life a sincere faith in God and a desire to live out the Theological Virtues of faith, hope and love (charity) in his or her daily interactions with students, faculty and staff.

The student is committed to serving others through acts of kindness and generosity and reflects the academy’s mission of making a more just world possible.

Pearl is the daughter of Anthony and Audrey Bellomo. She attended Christ the King School prior to her enrollment at MSJ, where she maintained high academic honors and was member of the Josephite Chapter of the National Honor Society, the Josephite Chapter of the National Art Honor Society, a dedicated four-year member of the Mount St. Joseph Academy Music Department and a varsity athlete in cross country, cheer and tennis where she served as captain her senior year. Pearl also served her school as a Academy Host/Student Ambassador and is a recipient of the 2021 City of Rutland Scholarship. She will be attending Castleton University in the fall.

Makayla is the daughter of Donald and Robin Williams. Makayla attended Wallingford Elementary School and Mill River Union High School prior to attending Mount St. Joseph Academy where she has maintained high academic honors and was a member of the Josephite Chapter of the National Honor Society as well as the Josephite Chapter of the National Spanish Honor Society. Makyala earned varsity letters in cheer, basketball and softball and has been a longtime member of Miss Lorraine’s School of Dance. Makayla has served her school as a Academy Host/Student Ambassador and will be attending The Catholic University of America in the fall.